With One Exception, Modi Can Be Seen As The Most Inclusive Leader India Has Ever Had 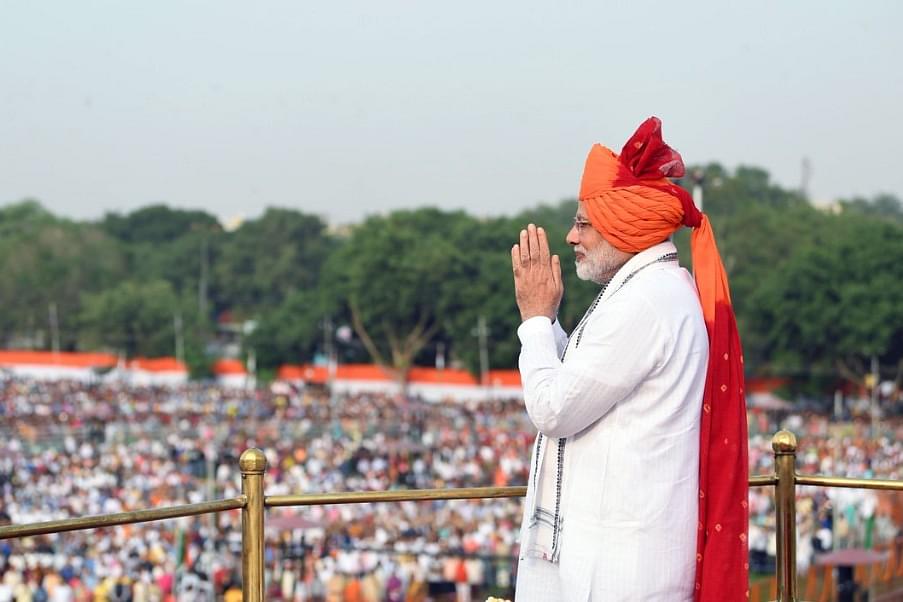 The elevation of Droupadi Murmu as President of India is a huge milestone in India’s continued progress down the path to increasing inclusion, but what cannot be denied any more is the contribution of the man who enabled it all: Prime Minister Narendra Modi.

In terms of making government accessible to the people, and recognising the achievements of people who often are invisible to the self-absorbed English-speaking elite, Modi’s eight-and-odd years as Prime Minister have been truly transformative. No previous head of government has achieved so much in so little time in the area of inclusiveness, not even widely acknowledged Prime Ministers who have ruled for longer stretches of time – i.e., Jawaharlal Nehru (14 years from 1950, 18 if you start counting from 1946) and Indira Gandhi (14 years in two stints), and Manmohan Singh (10 years).

It is easy to dismiss the election of Ram Nath Kovind as President in 2017 as another case of tokenism intended to woo Dalit votes, just as the election of Murmu seems like a concession made to garner tribal votes, but consider the sheer number of ordinary achievers selected for national awards, especially the Padma awards, where unknown achievers have been recognised for their selfless services to local communities and people.

The Padma awards website asks people to nominate their choices and the final awardees represent people who would otherwise not have been recognised (read here, here, here on the kinds of people who got awards recently). Names like Harekala Hajabba, Tulasi Gowda, V Nanammal, R Nagaswamy and Jogati Manjamma (a transgender folk artist) would never have been noticed by the Lutyens elite.

While political and other awardees remain on the list, the proportion of true achievers to political choices has been reversed from earlier years, as this article in Swarajya last year argued. This is in sharp contrast to members of the Nehru dynasty (Nehru himself, Indira Gandhi and Rajiv Gandhi) receiving the Bharat Ratna, the former two during their own lifetimes.

But inclusion has gone deeper under Modi in more than just the way people are selected for high office or national awards. From Jan Dhan (bank accounts for every household), to toilets, cooking gas, electricity, vaccines and medical insurance for every citizen, and with tap water planned to reach every home by 2024, the last mile between the theoretical offer of public utilities and the man living at the farthest point of delivery has been bridged compulsively under Modi.

Politically, Modi has bridged another gap that nominally “secular” parties think is equivalent to bigotry. Modi has gradually begun to bridge the trust gap between Hindu jatis substantially, as we saw in the recent Uttar Pradesh elections. Normally, the forward caste-backward caste-Dalit divides are difficult to bridge, but Modi has managed to achieve this substantially. From Brahmins to OBCs to Dalits, all have voted substantially for the BJP.

It is possible to say that Muslims are Modi’s most vehement opponents, but that is not for want of trying on his part. No scheme of the BJP has ever sought to deny or exclude the minorities from benefiting; in fact, Modi has gone the other way and treated minorities as special cases who need additional benefits through minority-specific schemes. The communal tensions now visible in many places are the result of India’s peculiar brand of “secularism” where minorityism and Hinduphobia go hand in hand. This ensures that Muslims never join the national mainstream. Modi still has that trust deficit to bridge, but he is paying the price for a “sectarian secularism” that he had nothing to do with.

That last challenge remains, but Murmu's elevation is a vantage point from which we can assess the man and his contributions to inclusiveness.