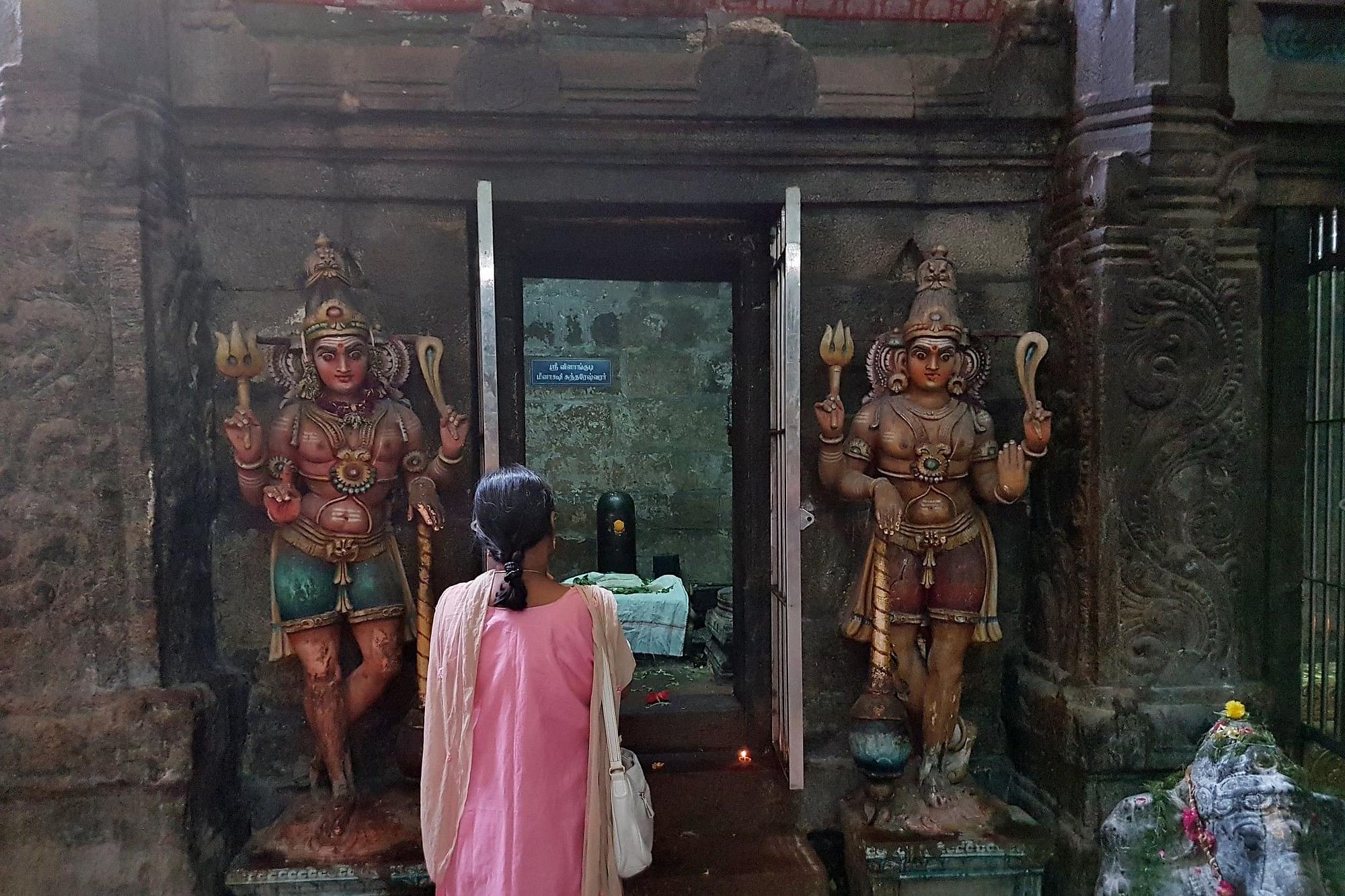 The Minister for Hindu Religious Charities and Endowment (HR&CE) in Tamil Nadu has announced that the state government would train women to become priests in Hindu temples. This announcement comes even as there already exist Hindu temples where there are women priests.

The HR&CE is only for managing temple activities with transparency for the Hindu society at large. It can take administrative measures. But can it take such policy decisions? The state is secular. Unless there is a proven problem to social morals, can the state interfere in this manner?

A supporter of the Dravidian stock may say that by restricting the roles of temple priests to men, the notion of women inferiority is disseminated and hence it affects the morals of the entire society.

That is a weak argument. There are societies like Israel where women are restricted in orthodox temples. But that has not affected their own progress in the society. Yet, if we accept this reasoning just for the sake of argument, then we should take it forward and say that the state being secular, it should endeavour for the upliftment of women in other religions also.

This is not whataboutery. This is genuine secularism.

Consider for example the following: A particular religious text is claimed by its believers to be the final revelation in a line of revelations. Its preachers claim that terming their God usually as a male is only a matter of convenience. Here, Tamil Nadu government can ask that in all the Tamil translations of this text, God should be mentioned as a ‘she’ rather than a ‘he’ at least 33 percent of the time.

Mind you, I am not even suggesting that the state government ask for change in the original text. I am talking about merely the Tamil translation.

Well okay, the government need not even take such a step. Its Ministry for Development of Tamil can instead consider bringing out a translation of the text where 'He' is addressed as 'She' 33 percent of times the times.

Another religion, that too shall remain unnamed, dominates the educational sector in the state. The text of this religion claims as holy and sacred the injunction that a woman should ‘learn quietly with all submissiveness’ and that she is ‘not allowed to teach or exercise authority over men.’ The followers of this religion not only run many educational institutions of secular nature but also many 'places of worship' where women cannot conduct the holiest of their holy rituals. This subservient position, in fact, has resulted in many cases of exploitation and abuse.

So, can the state take up reform here too?

Now let us come to Hindu Dharma and society. Here, there is a history of Vedic rishikas. The Vak Sukta can be seen as a spiritual declaration of women rights and abilities, and one where they surpass even that of men. This culture has separate terms for 'queen' as the wife of king (Raji) as against the queen as an independent ruler (Rajni). This is the only tradition where the highest form of divinity is feminine.

When societies reform, they use their religion to support the status-quo as well as to draw inspiration for social change. Thus, while Islamist fundamentalists may support complete subjugation of women, a practical reformer in an Islamic society would show how Islam has allowed property rights for women etc. While a fundamentalist Christian may cite 1 Timothy 2:11–12, a liberal Christian may point out that post his resurrection, Jesus was first witnessed by Magdalene and not the male disciples.

The ever-classic movie Thiruvilayadal (1965), where Sivaji Ganesan acts the as Shiva and Savitri acts as Parvati, ends with a scene where they appear in the combined form of 'Ardhanareeswara'. This image, that millions of Tamils saw and internalised, has done more for social emancipation than all the petty and superficial rhetoric of the Dravidianist movement.

Hindu society has quite a few problems of social stagnation on its own. At the same time, it has a vibrant reform movement. What it does not need is interference by sworn haters of the religion in the name of reform.

It is possible that the statement of the HR&CE minister was perhaps aimed only at provoking Hindutva forces in Tamil Nadu.

Tamilnadu BJP welcomes the initiative of the Government of Tamilnadu to consider appointing people of all castes as priests in temples.@JPNadda @blsanthosh @BJP4India @CTRavi_BJP @ReddySudhakar21 pic.twitter.com/1ocTBKyikT

Even so, Tamil Nadu BJP has come out with a brilliant response. To begin with, it has welcomed the decision. State BJP president Dr. Murugan in his press release pointed out the following:

-Scheduled Caste people alone are the priests in the Muneeswarar temple and Vatlagundu Idamayan temple.

Then he pointed out that there are women priests in the Adi Parashakti temples of the Mel-Maruvathur movement.

Vanathi Srinivasan, the national president of the BJP women wing and also member of Tamil Nadu legislative assembly has tweeted in favour of the proposed move. She demands that the school for training women archakas should be named after Karaikal Ammaiyar:

Murugan and Vanathi Srinivasan are right, both in the historic and Dharmic sense.

Hinduism has Vedic rishikas – the perceivers and poetesses of profound truths of inner cosmos. There have been women who had challenged even the rishis. It was a housewife who pointed out to an angry hermit the errors in his quest for truth.

In modern times we have Ma Sharadamani Devi, who though outwardly calm and gentle, challenged many of the socially stagnant rules then prevalent. To this day there are many Sharada ashrams throughout India where women monks conduct puja.

Sri Aurobindo's disciple Mira Alfasa is venerated as ‘The Mother’ and as his spiritual collaborator. It was she who envisioned Auroville as a futuristic city with a Matri mandir in it.

Then there are also Brahmasthana temples, as centres of a temple movement initiated and strenghtened by Mata Amritananda Mayi, where women are priests.

Hindu Dharmacharyas have not condemned these movements, even if they may have a completely different view.

In fact, the previous Kanchi Shankaracharya shared the dais with Mata Amritanandamayi, appreciating her work. In 2014, on the occasion of the international day of abolition of slavery, it was Mata Amritananda Mayi who represented Hindu Dharma at the world religious summit held at Vatican. She sat there along with Pope and other religious leaders. A woman standing as the representative of a religion of a billion people at a global forum showed that Hindu Dharma does not need politicians of the Dravidianist variety for reform.

In fact, the Dravidian movement with its social-reform rhetoric predicated on anti-Brahminism should introspect: even after thousands of years, Hindu Dharma and society have demonstrated their ability to effect and sustain change and eradicate birth-based discrimination. On the other hand, within 72 years of its existence, the DMK has reduced itself to a party of dynasts and sycophants.

Coming back to the question of women priests and all Hindus as priests, the Government should consult the Adheenams and Jeeyars. Hindu organisations should come forward with a scheme that respects and takes into account age-old sampradayas of the temples, the livelihood of traditional archakas and the future of Hinduism and Hindu society.