Wood For Trees: Why Calling Out Fake Narratives Is As Important As Flagging Fake News 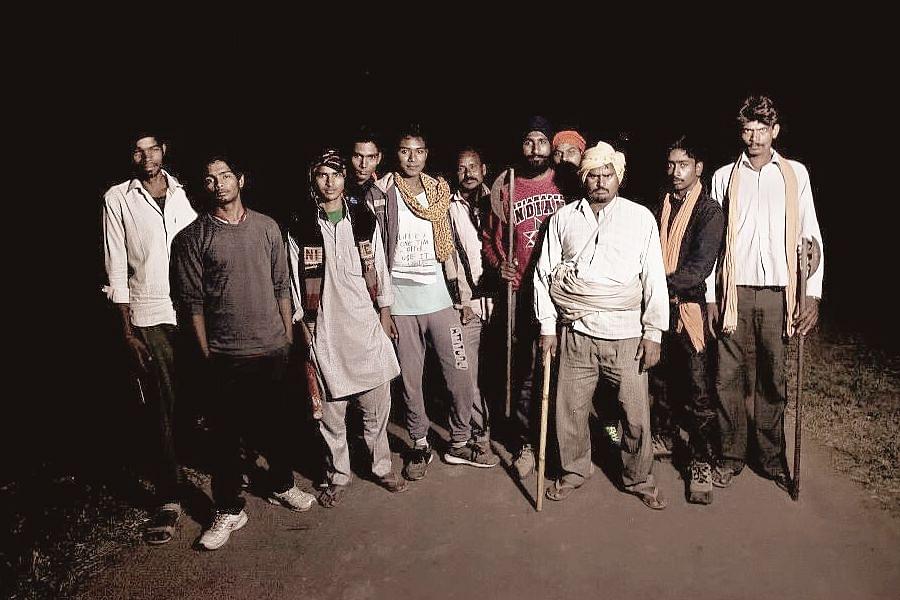 The rise of technology-enabled news dissemination – whether through digital or social media – has made the problem of the speedy spread of “fake news” an urgent one. More so when it can lead to public violence. So, not surprisingly, an entire raft of fact-checkers, often funded by global do-gooders, has been created to spot fake news and flag it down.

This is certainly a healthy development, but one problem that is not going away any time soon is bias: you can check as many “facts” as you want, but underlying biases in compiling and interpreting facts create narratives that may or may not be fake. The truth is that checking plain “facts” without embedding a narrative in it is one thing, but to string together a bunch of known “facts” into a narrative that suits your political ideology or inclination leads to a more dangerous reality: the spread of fake narratives. Fake news needs fake narratives to spread fast. It is when we want to believe a narrative that we, unwittingly or wittingly, are party to spreading fake news.

While calling out a morphed picture that has been wrongly used to embellish a particular incident is useful, ultimately “facts” gets weaponised only when added to a layer of fake narrative. It is the spread of fake narratives that gives fake news wing. Reason: you are more likely to tweet or retweet a “fact” if it is in line with your own tendency to believe in a narrative.

Consider the 2014-15 stories on “church attacks”. When incidents happened in some churches, the facts themselves were not in dispute, but the narrative built around them was truly fake. Nobody bothered to check that similar incidents were happening around temples, and on a much larger scale, till Rupa Subramanya did so, and the fake narrative got busted.

The question is: why did we want to believe the fake narrative that churches were under attack, when random events were given the appearance of supportive evidence?

The reason probably has much to do with our assumption that the BJP is anti-minority, and so if something happens to any one of them, it must be because of the BJP. We don’t believe such things can happen during Congress or regional party rule.

The same problem surfaces when you decide that Muslims have been the overwhelming victims of cow-related violence, often perpetrated by Hindus, when the method used is to read English newspapers for such incidents, and you find the relevant data to suit your hypothesis. No one asked simple questions about the design of such data analysis. (Swarajya did attempt this in one report here).

The questions that needed to be asked include the following:

One, in a country where 80 per cent of the population is deemed to be Hindu and about 15 per cent Muslim, was the data normalised for this basic proportion?

Two, was any attempt made to check if the reported rise in Muslim lynchings was the result of better reportage, or an actual increase in such incidents? In the years after Nirbhaya, there was a huge spike in the number of rapes reported. The chances are more rapes got reported due to the huge public outcry that followed the December 2012 gangrape of Jyoti Singh in a bus in Delhi. So, is it not possible – even probable – that crimes against Muslims got more coverage because the BJP is in power, and it is easier to believe that this may be true?

Third, in a country where vigilante justice is common given the poor quality of law enforcement in most states, isn’t it more than likely that this task too is done through mob justice? Is it also not likely that more Muslims than Hindus may be transporting cows for slaughter, often illegally, and this is more likely to be targeted? Also, in many cases, the issue may be less about preventing cow slaughter, than the non-payment of haftas to those who enable this illegality by running protection mafias, since cow slaughter is banned in an overwhelming number of Indian states. In India, all bans are circumvented with the help of protection racketeers.

Fourth, if one were to google lynchings related to goat, chicken or child theft, you may find that cow vigilantism is just one of the lynching problems. So, the assumption that a particularly new type of mob lynching has begun under BJP rule may be only partly true, if at all.

This is not to suggest that vigilante justice is all fine, or that Muslim bashing is passe just because lynchings are not all that uncommon in law-deficient areas, but any academic study that wants to use data to prove a political point needs to be more nuanced. If research does not study the data in the right context, you will get a biased narrative.

More recently, the BBC carried out a social media study based on a handful of interviewees to come to the conclusion that “right-wing networks are much more organised than on the left, pushing nationalistic fake stories further. There was also an overlap of fake news sources on Twitter and support networks of Prime Minister Narendra Modi.”

This convenient conclusion, one must point out, suits the current western narrative on Modi’s India, but one needs to ask probing questions about the methods used to arrive at this conclusion, as this article in Opindia does.

More importantly, the study does not make any attempt to adjust for the fact that Modi’s supporters may be concentrated in social media, thanks to their long-term banishment from mainstream media, and hence their influence may be disproportionate only on social media. If at all they have a disproportionate share of voice on spreading incorrect news, it is this concentration that may be to blame, not because of a greater tendency to share fake news. The old media is as good at spreading fake news and narratives as social media – only it is slower since the technology is old.

In contrast, consider how quickly any anti-BJP story gets shared in English and international media, where the Modi government has largely got only negative treatment, often led by fake news generated in domestic English media, including the fake church attacks story. If you believe that the Right-wing (howsoever you define it) is overwhelmingly represented on social media and spreading more fake news than the Left, isn’t it equally important to check for the dissemination of fake narratives in the English media, domestic or international?

One example of how fake narratives gets by as truth even as we focus on exposing “fake facts” is a recent Boom Factcheck on a Kanhaiya Kumar speech video. The Boom Factchecker flagged film-maker Vivek Agnihotri for tweeting a video of Kanhaiya Kumar’s speech where he seemed to be talking about Islam as though it was his religion, whereas what Kumar was doing was loosely quoting Maulana Abul Kalam Azad.

The video clip has Kanhaiya Kumar saying this about Muslims: “Our history is linked to this place. We all haven’t walked all the way from Arab to this country. We have grown up here and the specialty of that religion…and the older religions that practiced untouchability was the reason why people embraced this religion. Because this (religion) talks of peace, of equality. In the mosque, social hierarchy is not practiced. On this basis we have embraced this religion and we will not leave it.”

The reference to “we” was wrongly interpreted by Agnihotri as a reference to Kanhaiya Kumar’s own religious affiliation, and Boom needs to be complimented for pointing out this mistake, but the narrative of Kanhaiya Kumar itself has gone unchallenged.

Maulana Abul Kalam Azad was an Islamist and believed in global jihad of the kind that the Al-Qaeda would not be uncomfortable with. And while it is true that present-day Muslims in India were not people who came from Arabia – they were largely local converts – the claim that these conversions were because we practiced untouchability or had caste hierarchies while Islam did not have it has no evidence backing it. Even today, Muslims are as afflicted by caste as non-Muslims, and Hindus.

B R Ambedkar rubbished the so-called Islamic claims to emancipation in his monograph on Pakistan. He had to this to say:

“Take the caste system. Islam speaks of brotherhood. Everybody infers that Islam must be free from slavery and caste. Regarding slavery nothing needs to be said. It stands abolished now by law. But while it existed, much of its support was derived from Islam and Islamic countries….

“But if slavery has gone, caste among Musalmans has remained. As an illustration one may take the conditions prevalent among the Bengal Muslims. The Superintendent of the Census for 1901 for the Province of Bengal records the following interesting facts regarding the Muslims of Bengal: ‘The Mahomedans themselves recognise two main social divisions, (1) Ashraf or Sharaf and (2) Ajlaf. Ashraf means 'noble' and includes all undoubted descendants of foreigners and converts from high-caste Hindus. All other Mahomedans, including the occupational groups and all converts of lower ranks, are known by the contemptuous terms, Ajlaf , 'wretches' or 'mean people': they are also called kamina or itar, 'base' or ‘rasil, a corruption of rizal, 'worthless.' In some places a third class, called Arzal, or 'lowest of all,' is added. With them no other Mahomedan would associate, and they are forbidden to enter the mosque to use the public burial ground.” (See the Ambedkar monograph, Part IV, Chapter 10).

The point one is driving at by giving this example is this: fact-checks are important, but fake narratives are almost never questioned. Kanhaiya Kumar was peddling a fake narrative by quoting Abul Kalam Azad’s fake narrative, but we are only bothered by Agnihotri’s jump to a conclusion that Kumar may be revealing his religion in this selectively cut video.

Fake news travels fast and hard because they have fake narratives to ride on. Technology can ultimately isolate fake news and its dissemination; but fake narratives may continue to rule forever. What a pity. The real villain is going scot-free in our pursuit of fake news. We are missing the wood for trees.