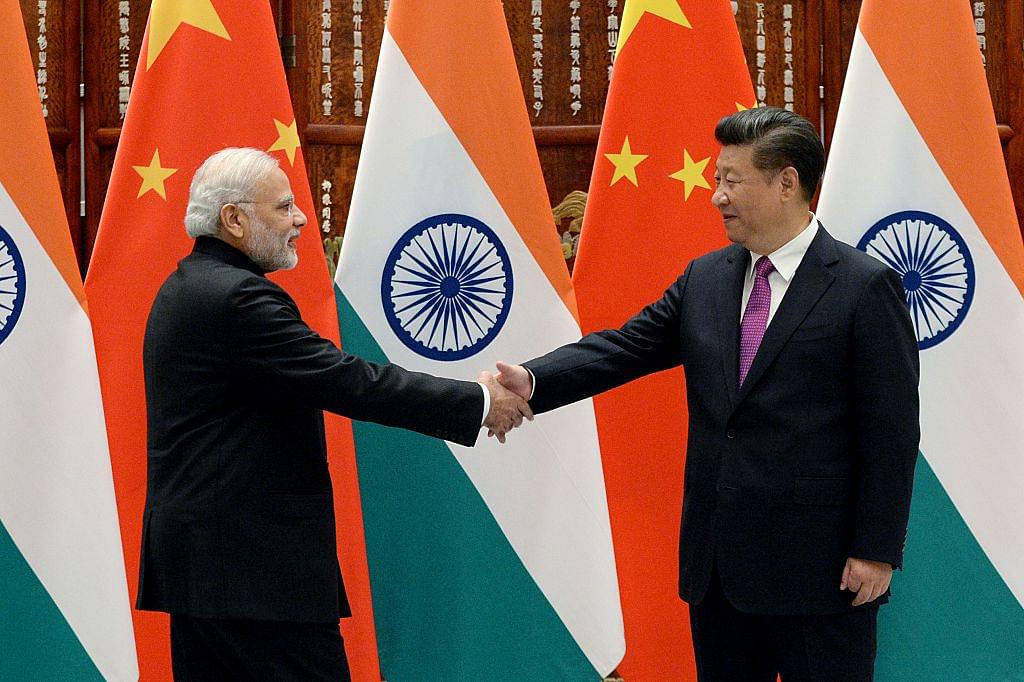 The upcoming second round of non-formal one-on-one dialogues in Varanasi between Xi Jinping and Modi is something that is going to lead to a watershed moment in the Indo-Sino relationship over the next decade.

The Wuhan round was the first indication from China that India is here to stay and is not going to accede to an Asian century with China as the principal head.

The vision that Xi Jinping articulated during the last Congress was for the achievement of what is now called the Chinese Dream — of becoming a High Income Level country, with an improved standard and quality of life for the Chinese and a leadership role for China in global affairs that is commensurate with its manifest destiny.

It is an important address that should be read very carefully. It outlines the vision, and the report to the National People’s Congress (NPC) outlines the strategy. The Belt and Road Initiative (BRI), modernisation of the People’s Liberation Army (PLA), transforming the economic model from “Manufacturer to the World and Export Led” model to a “Leading Value Added Innovator Of The World with a Balanced Domestic-Demand Led” model are all part of the strategy.

It is in this context, the Chinese are recalibrating their relative strengths and power equations and the rise of India with a similar aspiration, strategy with a real galvanised “national will” by the Modi government has forced them to rethink they way they want to deal with India.

In the rubric of Chinese thinking and based on their priorities, India represents a threat and an opportunity at the same time. India can be not only a major competitor to Chinese ambitions, but if it perceives China to be an adversary, it will not hesitate to act in concert with others to stop China’s aspirations, both regionally and globally.

On the other hand, India can be an opportunity for China — both from an economic point of view as well as a strategic point of view. The expanding Indian economy is a market that China can benefit from and there is enough potential to collaborate and join together to solve some of the key challenges that are common to both societies.

On the other hand, on many strategic issues that includes energy security, environment, space, high technology, access to markets, financial systems, terrorism control, representation in global power architectures and arrangements et cetera, there is a lot of potential for synergies and commonalities in objectives.

Yet, the Chinese approach to India’s rise has been one of cautious engagement. They are unsure of India’s intent and the common view is that India is ganging up against the rightful rise of China based on an irrational fear that is being exploited by the West.

The other aspect that one has to discern through the actions of the Chinese is that the real apprehension that a fast moving India can actually bridge the current huge gap between the two economies and pose a serious challenge to China’s ability to emerge as the de-facto superpower that can and will displace the US by 2035.

In a typical Chinese style, this is masked by the tendency of trying to “put India in its place” by way of dismissive statements and designating India as an ambitious sub regional power that is trying to punch above its weight. Periodic statements and articles that highlight India’s problems, poverty and lack of progress when compared to China’s steady progress and achievements back this up.

But the actions on the ground suggest that the Chinese are actually concerned about India’s economic resurgence and its ability to flex its muscle. They have tried hard to prop up Pakistan as a check and also hem in India through encirclement. Sri Lanka, Nepal, Myanmar, Maldives and Bangladesh have been subjected to special attention by the Chinese. The huge capital reserves of China have been harnessed to secure all these countries into the Chinese sphere of influence so that India is boxed in.

The advent of Modi and his active foreign policy that is clearly articulating Indian sovereign interests in the region and displaying the necessary “national will” to protect them has forced the Chinese to rethink its options.

The Indian economy is now finally on the move and is transforming rapidly. That is coupled with a political stability of a lasting nature that is also representative of the coming of age of India from its Independence-era political, social, economic and cultural narrative to one that is based on the resurgence of the civilisational identity and nationalism.

Both these factors — the recognition of the Chinese will to understand Indian aspirations better and the reality that the Chinese Dream cannot be attained with a strained relationship with India have made the Chinese recalibrate its objectives and aspirations when it comes to the India-Sino relationship.

It is under this context that the Wuhan Dialogue was initiated with an invitation by Xi Jinping to Narendra Modi. It is thus a joint attempt by the Chinese and Indians to –

(ii) Identify the possible red lines from each other’s perspective and see how the areas of divergence and potential conflicts are to be handled.

(iii) Identify the areas where there is potential to collaborate in establishing a more balanced world order that recognises the rise of China and India.

The Wuhan Round was largely spent on discussing point (i) from what can be surmised from the post-meeting comments and analysis of the Chinese state-controlled media as well as from Indian officialdom.

It is pertinent to note that China’s hosting of the event, the elaborate arrangements made and the way in which Xi Jinping held his meetings with Modi are unprecedented in the India-Sino context. No other leader from either side has invested so much time and effort in getting to understand each other in history.

It is also pertinent to note that following this event, there was yet another round of Leadership Dialogue between Russia and India, with Putin hosting Modi. That one too had a lot of significance from the perspective of the Russia-India-China (RIC) triangle.

Both these went beyond the usual Strategic Dialogue format where officials and long standing positions determine the way the dialogue happens. In both these cases, it was a clear attempt by the executive leadership of the nations, to break free from stated positions and explore new directions and trajectories with a view to understand each other’s real intentions.

It happened due to the fact that in all these three countries, there is a strong executive leadership that is in command, a clear transformational agenda that is being pursued, and a common goal of changing the existing unequal and West-dominated global world order.

It is important to recall here, that during the Atal Behari Vajpayee government, the Jaswant Singh-Talbott series of dialogues, paved the way for a new model of engagement with the US and what followed post these dialogues is there for all to see. India-US engagement moved from Estranged Democracies to Engaged Democracies that have strengthened across several administrations on both sides.

However, the important difference is that while the US-India dialogue was following a straight path of proven diplomatic format of Strategic Dialogue with designated interlocutors from both sides, here the dialogue is directly handled by the leaders themselves, free of diplomatic straitjacketed thinking.

That is why the upcoming Varanasi Dialogue is something that will pick up from where Wuhan Dialogue left and it will continue the process of engagement and understanding. From an Indian perspective, China is neither a Dragon that has to be feared nor is it a nation that has to be contained and defeated in alliance with the West.

Similarly, it appears that the Chinese thinking is slowly shifting from seeing India as a small power that should be contained, to a potential global partner or at best a non-adversarial ally that will allow the Chinese to achieve the stated goal of the Chinese Dream as India achieves its own goal of becoming a Parama Vaibhava Vishwa Guru.

The world at large and Asia in particular will emerge as a secure, prosperous and stronger place if the two Asian giants get to an understanding that is based on mutual recognition and accommodation of each other's aspirations and global positions.

The Wuhan Dialogue and the forthcoming Varanasi Dialogue can turn out to be crucial events that will shape the Asian Century’s trajectory and speed.

(This piece was originally published here. It is being republished with permission)