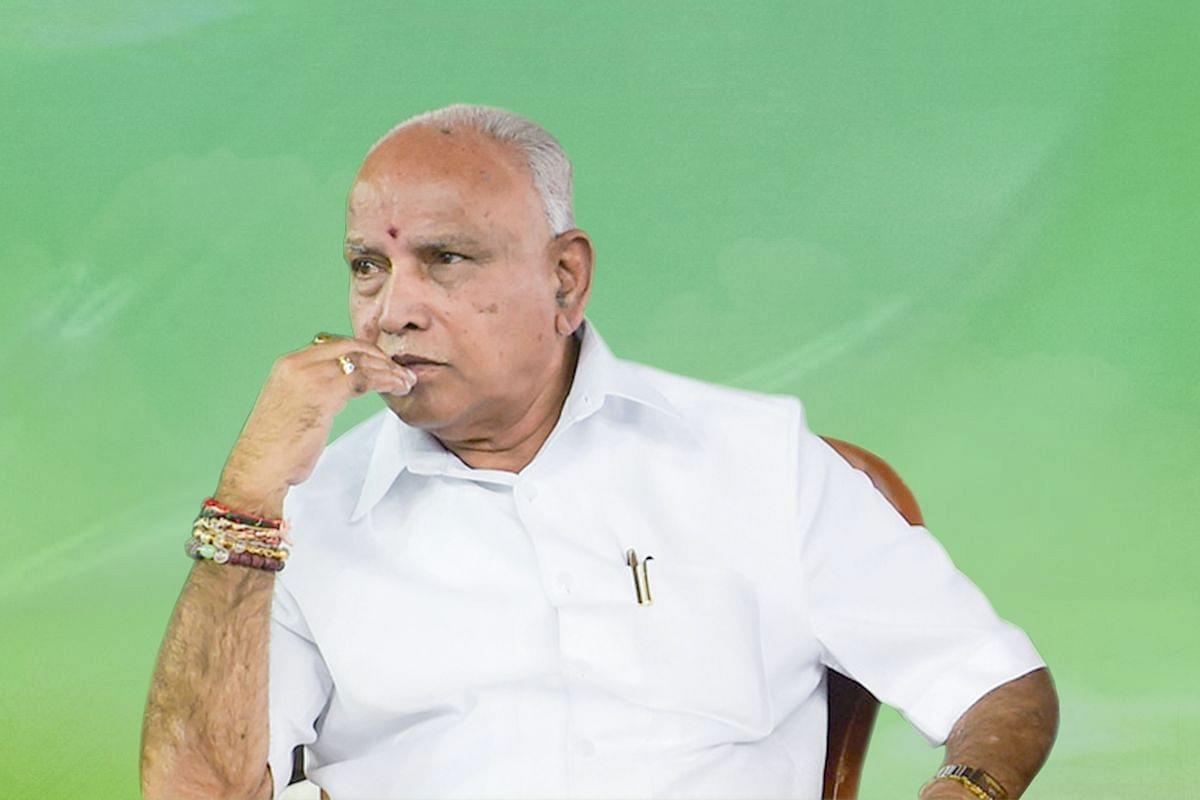 A crisis does not create character, it reveals it. While as a nation we have shown immense strength, especially with proactive participation in dealing with this unprecedented crisis, internally, the way the states have been handling the pandemic will determine the political future of the state and its leaders in the time to come.

As far as Karnataka is concerned, the grand old man of state politics has almost held his ground in a manner not many thought was possible.

And this, when the question of him continuing as Chief Minister was looming large.

The financial crisis hadn’t left the state coffers in great shape. The floods that ravaged Karnataka just after he was sworn in had already punctured a hole in the state’s pockets.

Even then, well before the country could go in for a lockdown, the state shut down its large spaces.

Big business enterprises, malls, were all shut down. It also was the first state to invoke the Epidemic Diseases Act in the country.

Since then, till date, the state has been praised for its pioneering efforts on all fronts in containing the spread of the Coronavirus and providing for those affected by it.

And this has silenced those who were questioning his potential to continue as the Chief Minister for the remaining term of his tenure.

Around a fortnight ago, one heard of attempts to dislodge him from the chair, with rifts within the party that have been simmering for quite sometime now gaining traction yet again.

There are rifts between old party loyalists and the new Congress-JDS rebels who have defected to the BJP and been given key portfolios.

The involvement of the CM’s family members in state affairs has irked a large chunk of leaders.

The CM has had to expand and reshuffle his cabinet in between the pandemic handling.

But the way in which he has been handling it all has proven his grip over state affairs and his prudence as an administrator, displaying a key characteristic of his political career — inclusiveness.

It is this inclusive politicking that won him more enemies within than elsewhere but it is this cooperative administration that has also enabled efficient management of the pandemic.

Right in the beginning, he met leaders across parties and sought their support and made it clear that there should be no room for a political slugfest during the handling of this crisis.

Much to the displeasure of the hardliners within the party, the septuagenarian minced no words when he sought to handle the communally sensitive matter of the Tablighi Jamaat members, being held as responsible for the spread of the virus.

That won him support form the minority community as well as the opposition parties, though it fuelled the rising dissent among the not-so-pseudo-secular BJP leaders.

Even as certain party workers took to social media often to express ‘disappointment’ over his alleged attempts at ‘appeasement’, the voter rallied behind the Lingayat strongman, outdoing the critics in Twitter warfare.

He met leaders of the minority community and sought that they issue orders to aid the Covid battle and ensure that the community pays heed to government instructions.

In all his media interactions, he stood his ground and warned of strict criminal action against those who communalise the issue.

And soon, you had Prime Minister Narendra Modi and RSS Chief Mohan Bhagwat echoing the same sentiment, much to the displeasure of the ‘core’ right wing warriors.

And when things had settled down, he admitted that the Jamaat cluster was a ‘headache’ for the state and that the state would have had a much lower count if not for the Tablighis who attended the Delhi congregation.

He was also vocal in expressing his gratitude to various minority institutions like the Jesuit educational institutions for their contribution to the relief efforts.

With a slew of measures to support the farmers who have been struggling to sell their produce during the lockdown, the green shawl clad ‘son of a farmer’, has reiterated his agrarian priorities.

Although rejuvenating the rural economy post the crisis would be a huge challenge, for now, the state has set up various agri-helplines, has encouraged local leaders to buy crops from farmers, and opened up cold storage facilities for their goods.

Apart from the Centre’s grants, the CM announced Rs 30 lakh compensation for anganwadi workers, assistants, civil workers, and police personnel who die of Corona in the line of duty.

At the age of 78, B S Yediyurappa has been leading from the front, but has decentralised the operations meticulously, with special task forces carved out for different spheres of activity.

But all task forces are monitored by the Chief Minister, who also constituted a special Ministerial task force to oversee three key sectors of labour, industry and agriculture.

He was also the first to announce that he would donate an entire year’s salary to the CM relief fund for Covid handling in the state.

The only challenge now would be the financial resurrection of the state, given that the state hasn’t received enough relief funds from the Centre after the floods.

Full salaries have been given to government employees, which is said to cost the state a good Rs 5,000 crore.

The CM, foreseeing the need to refill state coffers, announced that all industrial activity in the state would resume, other than in containment zones.

He had tried to announce the same mid-April but had to roll back the same, like a few other decisions including permitting the use of two-wheelers etc.

Although the state is facilitating one-time movement of migrant labour as instructed by the Centre, the CM, in a bid to check the mass exodus of skilled and unskilled labour, has asked them to stay back and appealed to them saying, “The government has stood by you during this time of crisis. It is my sincere request to all the migrant workers to stay back in the state and cooperate with us to resume economic activities once we receive directions from the Union government”.

All in all, what befalls the party post the grand old man is difficult to map. For, there are enough camps and enough leaders in those camps, all of whom are in the line for the prime post.

And the efforts to dislodge him are on with every key issue that needs to be addressed.

While his experience of having won the party its first seat ever almost four decades ago, cycling through the hinterlands and turning the once ‘north Indian’ party into a local phenomenon, may see him through, the bickering in the state unit is surely serving as perfect manure for the rise of a strong and determined alternative, which under its new leadership, is crafting a Congress 2.0 in the state.