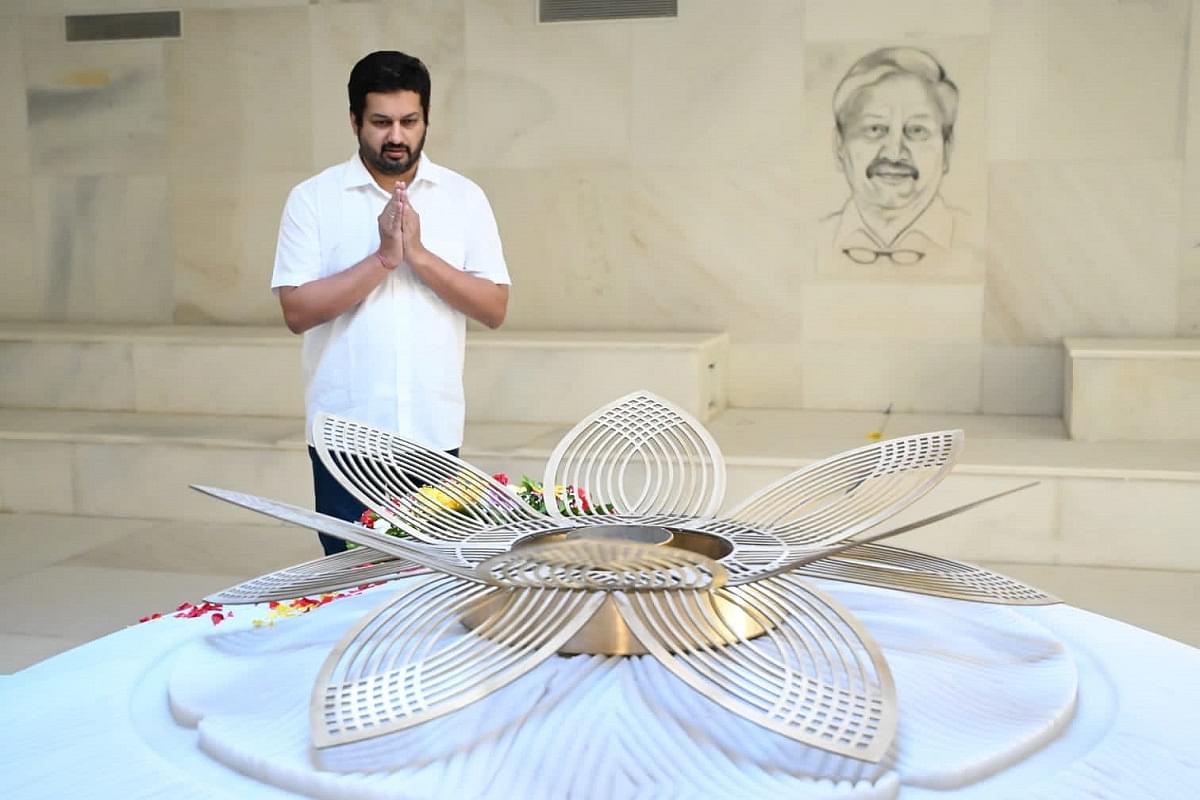 Panaji, Jan 22 (PTI) Utpal Parrikar, son of late Goa chief minister Manohar Parrikar, who quit the BJP and announced to contest next month's Goa Assembly elections from Panaji as an independent, has said that quitting the party was the 'most difficult' decision, but he is ready to withdraw from the poll race if the saffron party fields a 'good candidate' from the constituency.

Parrikar was denied ticket by the BJP from Panaji, a constituency which his father and party veteran had represented for more than two decades. Upset over the decision, Parrikar on Friday quit the BJP and said he would fight the February 14 elections from the Panaji seat as an independent.

The BJP has nominated from Panaji its sitting MLA Atanasio Monserrate, one of ten legislators who had joined the saffron party in July 2019 after quitting Congress. Monserrate is facing criminal cases, including a case of rape of a minor.

Talking to PTI on Saturday, Utpal, the elder son of Manohar Parrikar, said the BJP is always in his heart and he is fighting for the party's soul.

He said the decision to quit the party was not easy for him. 'It was the most difficult decision. All this while I was hoping that I won't have to take such a decision,' he said.

He said he was trying to avoid this kind of a situation (where he had to resign and contest as an independent). 'I am not happy that I had to take this decision, but some times you have to take tough decisions. But I am ready to withdraw the decision if the party fields a good candidate from Panaji,” he said.

Without elaborating much, Parrikar claimed that the denial of ticket to him is similar to the 1994 situation when attempts were made to throw his father out of the party.

'The one who has been witness to the history will understand what I am saying. It was the time when the BJP was trying to establish itself in areas where the Maharashtrawadi Gomantak Party (MGP) was prominent,' he said.

'Those who have been with the party since then will know what I am saying. That time, Manohar Parrikar could not be thrown out because he enjoyed the support of the people,' he said, adding that those people (who were against his father) are still in the party holding 'high positions', while a person like him is 'with the people'.

Referring to the 2019 Panaji by-election, which was necessitated due to the death of his father, he recalled that he was denied ticket even at that time. 'I was denied ticket despite having the support. I believed in the party institution and respected the decision,' he said.

Parrikar said that the BJP as an organisation is 'crumbling' in Goa. 'When Naddaji (BJP chief J P Nadda) came to Goa, there were five couples, who had sought party tickets (for the next month's polls). Had Manohar Parrikar been alive, not a single male politician would have dared to seek ticket for his wife,' he said.

The BJP has fielded Monserratte's wife, Jeniffer, from the Taleigao Assembly constituency. The party has also given candidature to Health Minister Vishwajit Rane and his wife Divya Rane from different seats.

Referring to it, Parrikar recalled how his father was vocal against 'family raj' in politics.

Speaking about not getting BJP's ticket, he said that some people thought they will not allow 'another Parrikar' in the party.

“That is why I had to come forward and take the decision,' he said.

Utpal said he had not sought ticket as the son of Manohar Parrikar.

'If I wanted to do so, I would have done it last time (during 2019 bypoll),' he said, the several people who were with his father, are currently standing by him.

'If they are standing by me, that means there is some reason,' he said.

Parrikar said that by not denying ticket to him, the BJP has let him down along with several other workers.