The Profession and the Training of a Journalist – Part 1 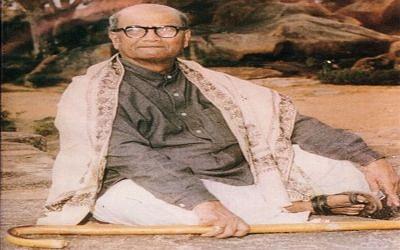 Note:This is a translation of one of D.V. Gundappa’s essays in the Kannada book titled, Vruttapatrike (Newspaper) first published in 1928. The essay in the original Kannada is titled, Kasabu, Tayari (Literally: Profession, training). This translation has omitted a few sentences from the original for the sake of brevity, clarity, and contemporaneity without sacrificing or injuring the language, spirit, and essence of the original.

Of late, the standard of journalists in the country has been on the ascendant. Those who have earned graduate degrees from universities have begun to enter this field. This is a welcome development. Some colleges and universities have made provisions to provide specialized training in this area. However, our standard still needs to reach that found in England or America. It is not entirely out of place to pen a few words on this.

The standard of education of those who wish to enter the field of journalism must be higher than it currently is. It is not sufficient that they have authority on everything simply because they are endowed with the ability and strength to string words together.

Apart from writing on specialized topics such as art and literature, journalists writing on everyday worldly affairs must, as a prerequisite, have knowledge in the following subjects:

It will also benefit if these are supplemented with studies in the history of different nations, ancient history, and knowledge of societal organization in various cultures.

There is no knowledge or fact that is not useful to a journalist. Anything that is related to the life of humans will prove useful for a journalist at some point. Therefore, a journalist must attempt to reach the goal of becoming Omniscient as far as possible.

It is self-evident that a journalist must be endowed with the ability to write in a style that is simple, clear, decisive, unambiguous, and tight. However, this must also be accompanied by hard labour in at least two fields in art or science. He must be well-versed in the history of his own nation, and know its geography intimately. Because various countries and cultures have made inroads into our nation in our time, the journalist must at least be acquainted with the geography, history, and culture of those countries and cultures as well. He must constantly and everyday revise his labours in politics and economics. Likewise, he must also have decisive knowledge in art, poetry, drama, music, and sculpture. Thus, unless the journalist inculcates within himself specialized and in-depth knowledge in at least one field that falls outside the purview of his routine work, his standard will fail to rise higher than mediocrity. Those who fail to perform regular exercise in the field of knowledge will invariably stagnate and rot. This will reflect in the writing, which becomes tepid.

Those who take advanced degrees from universities must not forget that there is a limit to their scholarship. Like others, they too must become perpetual students.

An Attitude of Responsibility

The greatest danger that confronts a journalist is the opportunities his profession affords for playacting! Apart from journalism, perhaps no other profession provides the opportunity and avenue for putting on a show of one’s ignorance as profound knowledge. The journalist has the luxury of picking one sentence from a famous work and another from an infamous work and stringing them together in an article. There are few who have the erudition to challenge the errors and fallacies in such an article; such articles therefore go unexposed and become accepted as authoritative. Moreover, he is the Master of the Printing Blocks. What he prints obtains currency. Those who can expose his errors remain quiet owing to obligation, busy-ness, or some other reason. Besides, who has the time to engage in such an activity given the reams and reams of printed matter that goes out every day? Other journalists can correct minor errors committed by one of their own fraternity; it is almost impossible for the common people to engage in this task.

If a journalist remembers a crucial fact always, he will be able to minimize the danger of treading the wrong path: on any topic that he writes, there will be at least one or two readers who are more knowledgeable than he himself is. He must ask himself what they would think about his writing. Such a thought process yields an attitude of healthy trepidation, which is the root of responsibility. The greater this trepidation, the greater this sense of responsibility, and the greater it motivates the journalist to read widely, deeply, and examine anything from as many perspectives as possible. Ultimately, this results in a greater benefit to the reader. This is how the paper earns the respect of people and society.

I know several young journalists who walk around, sporting thick books in their hands—sometimes, they sport a new thick book every other day. Knowledge has immense strength; however, I don’t believe that it has the strength to automatically transport itself from the hand to the brain. One needs to belabor the brain in order to earn knowledge. Expansive knowledge is not attained by reading a hundred books; it is done by putting the mind through the mill of just a few authoritative books.

The one who enters the field of journalism must be endowed with agility. He needs to run around from place to place, and at times, must do so at great speed. However, he must also ensure that his movements are the least conspicuous. His eyes need to focus on several things at the same time and must be able to grasp all of them in the same interval. He must not discard anything that he sees or listens to. He must cultivate an attitude where every fact, every new tidbit of information, however trivial, becomes useful to him. He must genuinely labour to earn the trust and respect of everybody he meets, and must make an attempt not to arouse anybody’s suspicion about his intent and motives.

However, the primary and basic qualification for a journalist is to develop a character of culture and refinement.

The writer is the Director and Chief Editor, India Facts Research Centre, the author of Tipu Sultan: the Tyrant of Mysore, and has translated S.L.Bhyrappa's Aavarana from Kannada to English.
Get Swarajya in your inbox everyday. Subscribe here.
Tags: