Chandrayaan-2: Six Phases That Vikram, The Lander, Will Go Through To Land On The Moon 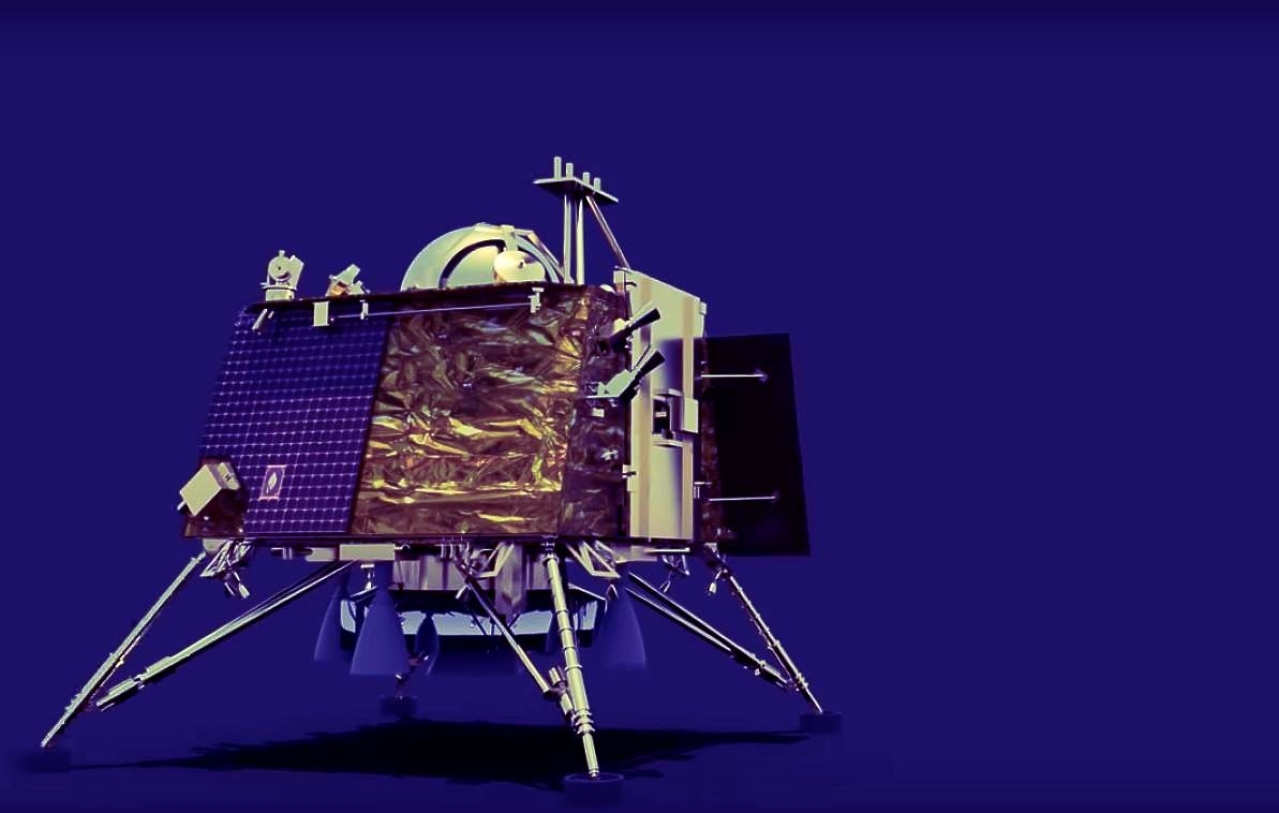 In just a few hours from now, Chandrayaan-2’s lunar launder — Vikram — will begin its descent for a soft landing on the surface of the Moon, entering the last but trickiest stage of the journey that began around 45 days back.

The lander is currently in a 35 km x 101 km orbit around the Moon, where it reached after two deorbiting manoeuvres — one on 3 September and the second the next day.

Between 1:30 and 2:30am on 7 September, the lander will start the nearly 15-minute-long process of landing on the lunar surface.

Broadly, the landing will take place in six steps:

First, at an altitude of around 100 km, the lander will begin the ‘rough braking’ phase. In this phase, four of the five 800 N liquid-fuelled thrusters on the four corners of the lander’s base will fire to decelerate it.

For deceleration, the thrusters will be fired in the direction of the movement of the lander. When fired in the opposite direction, engines provide acceleration, like during the lift-off of a rocket from the Earth—the rocket’s movement is upwards while the exhaust plume from the engine is directed downwards.

In simple words, these engines will provide thrust opposing the downward motion of the lander, thereby causing it to decelerate gradually.

Second, when the lander is at an altitude of around 30 km, it will begin what the Indian Space Research Organisation (ISRO) calls the ‘absolute navigation’ phase.

In this phase of its descent to the Moon’s surface, the lander will put to use the Laser Altimeter to record its altitude, and the Lander Position Detection Camera (LPDC) to determine its position with respect to the landing site.

By this time, the lander will have also started to turn in order to point its legs in the downward direction in order to position itself for landing on the lunar surface.

Third, the lander will begin the ‘fine breaking’ phase, in which it will continue to use the LPDC to get the image of the lunar surface.

The thrusters will also continue to fire to decelerate the lander further.

The lander will continue to use the LPDC. In addition, the Lander Horizontal Velocity Camera (LHVC) will be switched on to estimate horizontal velocity of the lander.

During this part of the journey to the Moon’s surface, the lander will deploy the Landing Hazard Avoidance and Detection Camera (LHADC).

The lander is expected to touch down between two craters, Manzinus C and Simpelius N, about 70 degrees south of the lunar equator. However, the granular details of this part of the Moon’s surface are not visible from the Earth.

Therefore, the lander will have to look for a suitable place for landing when it reaches close to the lunar surface.

The LHADC will help in this process by feeding data into the lander’s computer, which in turn can determine a suitable site and correct the trajectory using the onboard propulsion system.

In short, the LHADC will help the lander determine the safest landing spot.

In order to stay safe, the lander will have to avoid landing on an inclined surface or having one of its legs on a bolder or in a depression. It has been designed to withstand a slope of around 15 degrees.

If Vikram, the lander, identifies a hazard on the designated landing spot, it can move horizontally to find a safer place for landing.

Sixth, after a safe landing site has been determined, the lander will enter the ‘parabolic descent’ phase. In this phase, the lander will be guided to the identified/designated landing spot depending on the hazards.

When the lander reaches exactly above the landing spot, the two thrusters (of the four at the corners) will be cut off, and the one in the centre will fire.

If the thrusters are not cut off before the lander reaches the lunar surface, its exhaust plumes will kick up Moon dust.

The dust, along with the backflow of exhaust gases from the engines can, among other things, harm parts of the lander, including the sensors and scientific instruments it is carrying.

The lander will descend to the lunar surface in a free-fall and its legs will absorb the shock of impact.

When Vikram, the lander, manages to soft-land, it would have reached closer to the Moon’s south pole (around 600 km away) than any previous mission.

Also Read: Why ISRO Is Going Where No One Has – Near Moon’s South Pole