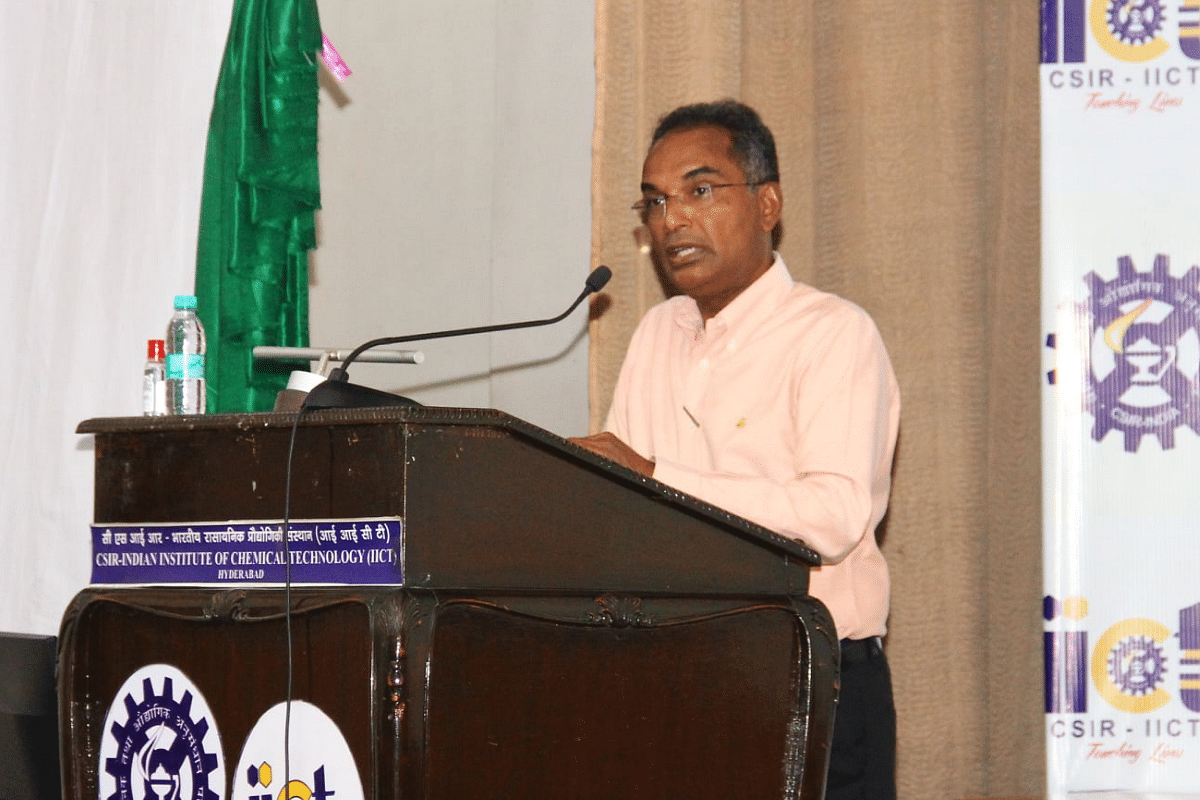 Dr S Chandrasekhar is the director of CSIR-IICT

Dr Srivari Chandrasekhar — the director of the Hyderabad-based Council of Scientific & Industrial Research (CSIR)–Indian Institute of Chemical Technology (IICT) — is the new Secretary of the Department of Science and Technology (DST), Government of India.

The Appointments Committee of the Cabinet approved the appointment on 4 December.

Chandrasekhar is a renowned synthetic organic chemist with 290 publications in peer-reviewed journals, carrying over 8,000 citations, and 19 patents to his name.

He takes over the post of DST secretary from Dr M Ravichandran, who is the Secretary of the Ministry of Earth Sciences and held additional charge of DST secretary until Chandrasekhar’s appointment.

Chandrasekhar will serve in this capacity at DST for two years.

DST is one of the three main wings under the Ministry of Science and Technology. It is the nodal department for organising, coordinating, and promoting science and technology activities in the country, including promoting new areas in the field.

The new DST secretary was born and raised in Hyderabad. After completing his undergraduate (BSc) and graduate studies (MSc) at Osmania University, he enrolled in the Doctor of Philosophy (PhD) programme at CSIR-IICT. The director of the institute at the time, Dr A V Rama Rao, supervised his PhD work.

After receiving his PhD degree (awarded by Osmania University), Chandrasekhar worked as a Post Doctoral Fellow for three years at the University of Texas Southwestern Medical Center, United States of America (USA).

He returned to CSIR-IICT in 1994, and, over the next 21 years, rose up the ranks through many scientist category roles to take the top job at the Hyderabad-based institute and serve as its director in 2015.

After completing six years in his role, he received an extension of tenure in June this year.

Chandrasekhar specialises in the chemical sciences, and, in particular, organic chemistry. He has supervised the research work of 70 PhD scholars while 20 students are currently pursuing their doctoral work under his guidance.

A team led by Chandrasekhar received the CSIR Technology Award 2021 (the IICT director’s second such award) in the life sciences category for contributing to the development of the Covid-19 vaccine Covaxin.

According to CSIR, the team developed “a cost-effective and scalable process for the synthesis of TLR 7/8 agonist molecule (IMDG), used as an adjuvant” in Covaxin.

As old CSIR man, I feel very proud that all 3 top Secretaries in S & T were groomed @CSIR_IND labs