Exploring Our Origin — And The Quest For Habitable Exoplanets 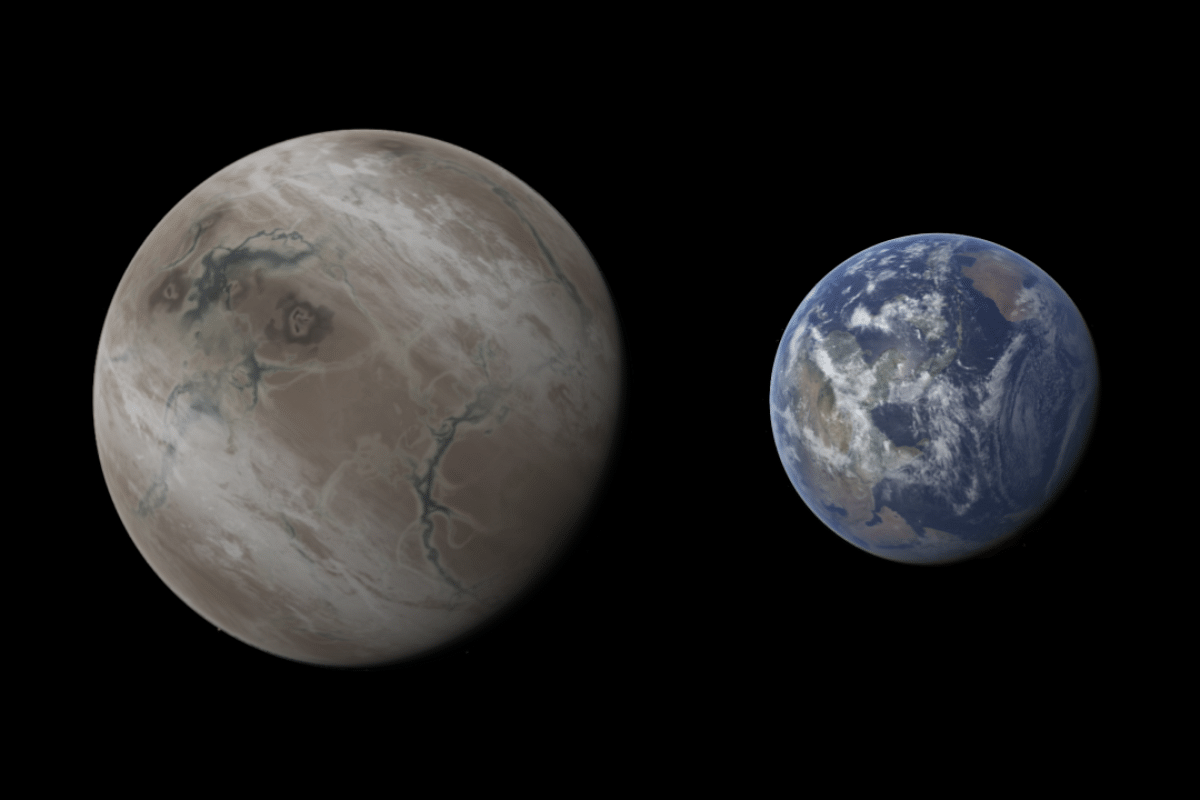 After millions of years of progressive evolution, treading this blue planet is an intelligent species, which is trying to apprehend the inexplicable universe. Humans.

One of the traits we, humans, share is the immense thirst to understand our origin. This drives extensive endeavours and, as we continue to delve into the scientific realm, we gradually arrive at some concrete answers.

In 1931, Belgian cosmologist Georges Lemaître proposed a staggering idea — one that ended the devout scientific conventionality that revolved around the profound beginning of the universe.

The idea was that a singular cataclysmic explosion of a "super atom" was the beginning of the existing universe. It was braced by the discovery made by American astronomer Edwin Hubble.

Hubble, using the telescope at Mt Wilson in California, had shown that galaxies far away seemed to be receding from us. This uprooted the idea of a static universe. So, the universe is expanding, stretching the fabric of space-time.

The early universe was filled with gigantic gas clouds, which later condensed into stars due to gravity. Through telescopes, like the Hubble and, more recently, James Webb, we are getting a sneak-peek into the past by capturing light from galaxies with less defined and more compact structures.

In the outer arm of a majestic spiral galaxy, the Milky Way, was the solar nebula, a swirling cloud of gas and dust. Probably due to a shockwave from a nearby supernova explosion, this nebula collapsed, resulting in the formation of the Sun and planets.

The third planet from the Sun is our home, Earth. But conditions for survival haven't been this bountiful since the beginning. The early earth was a ball of fire that later cooled, the water vapour condensed, and the pouring rain formed the extensive water bodies.

Scientists Alexander Oparin and J B S Haldane put forward a hypothesis to explain the origin of first life, now known as primary abiogenesis or chemical evolution theory. It stated that first life originated from abiotic substances in the reducing atmosphere of the adolescent earth.

In 1953, Stanley Miller and Harold Urey carried out experiments to probe this theory. They prepared conditions similar to that of early earth, with the high temperature of 800 degrees Celsius, electric discharge to imitate lightning, water vapour, and a mixture of gases (H2O, NH3, CH4, and N2). They let the experiment run for a week.

Later, a groundbreaking observation was made — various building blocks of life, like proteins and amino acids, did indeed form in the 'hot dilute soup'!

However, one major trait was missing from these primitive structures — the capacity for reproduction. But due to structural modifications, nucleic acids like DNA (deoxyribonucleic acid) and RNA (ribonucleic acid) formed and self-replication began. After millions of years of evolution and unbridled succession of one life form by a more advanced one, the flora and fauna we see today came into being.

A curious man on a voyage at sea to spread religion returned with an atheistic approach and a bulk of knowledge. Charles Darwin, a revolutionary scientist and naturalist, formulated the evolution of life forms by the doctrines of branching descent and natural selection during his voyage on the ship HMS Beagle. He penned the book On the Origin of Species, which is nothing short of the Bible for evolutionary biologists. Darwin proclaimed the idea of the “survival of the fittest,” which invariably referred to reproductive fitness.

Gregor Johann Mendel put forth the genetic approach to the cause of diversity in living organisms. He stated that recombination of the “factors” (now genes) were responsible for the alteration in the genetic make-up, and thus the physical and physiological features of species.

Chemical and physiological inspection of basic structural units ensures the process of evolution. Later, gene technologies like “karyotype analysis” and “chromosome banding” confirmed the similarity in the DNA of humans and lower primates, which indicated evolution.

Gradually, the process of evolution produced the pioneer species, Homo sapiens, one that could sense, and produce responses to, external stimuli, control and harness natural resources, and venture to understand the cosmos.

Today, after years of extreme hustle, humans have successfully conquered this planet. But for how long could we enjoy our conquest?

Our frenzied universe could throw up cosmic disasters without warning. Technologically advanced, we can deal with a few of them, but massive ones may wipe us out of the face of the Earth, just like the asteroid that led to the extinction of our reptilian ancestors, the dinosaurs, 65 million years ago.

The scientists, therefore, are in the quest to find another suitable habitat that can safeguard us, humans, in the case of unforeseen, invincible catastrophes. One aspect of such a quest is the discovery of exoplanets.

An exoplanet, short for extrasolar planet, is a heavenly body that revolves around a star other than our Sun. Such celestial bodies, if they happen to lie in the habitable zone — that is, the zone of optimum temperature to sustain life — of the star they orbit, can support the organisms of Earth.

Operating by keeping aside the intuitively direct ways to detect exoplanets was the innovative Kepler spacecraft. It had the ability to measure super precise small dips, which indicated small planets.

The National Aeronautics and Space Administration (NASA)'s Transiting Exoplanet Survey Satellite (TESS) spacecraft, lifted up on the SpaceX Falcon 9 rocket, launched in mid-2018 and quickly and successfully completed its mission, identifying exoplanets in the orbit of bright stars 300 light years away in the northern sky, using a wide-range telescope.

Scientists are now striving to colonise our neighbouring planet Mars. The Curiosity rover has determined that primeval Mars was a warm and wet place, entirely habitable for microbial life.

To understand the anatomy of the red planet, numerous space probes have been introduced into its orbit. The Indian Space Research Organisation (ISRO) succeeded in launching its space probe, the Mars Orbiter Mission, also known as Mangalyaan, in November 2013 in its maiden attempt. It became the fourth space agency after America’s NASA, Russia’s Roscosmos, and Europe’s European Space Agency to accomplish this feat.

Scientists have already triumphed in growing plants in the Hawaiian volcanic soil, imitating the Martian atmosphere and environment.

Moreover, meteorite samples have proved that processes similar to chemical evolution are already taking place in some regions of the universe. Professor Yasuhiro Oba from Hokkaido University, Japan, with his research team discovered the presence of a prebiotic organic molecule called hexamethylenetetramine (HMT) in three different carbon-rich meteorites. This could be an indication of primitive extraterrestrial life!

Lastly, space and its countless mysteries will never fail to baffle us. As we remain focused on developing the knowledge and tools of science and technology, the excitement keeps bubbling up. The mystique of the universe will inevitably be confronted and unravelled in this epic trek of humankind.

Also Read: Astrobiology: Figuring Out Life’s Origins On Earth And In Space

Aditi Singh is a science enthusiast, an aspiring medical student, and an avid writer. She is fascinated with space and reads articles, journals, research papers, and books related to astronomy. She is currently pursuing online courses in astrobiology and preparing for the national medical exam.
Get Swarajya in your inbox everyday. Subscribe here.
Tags: