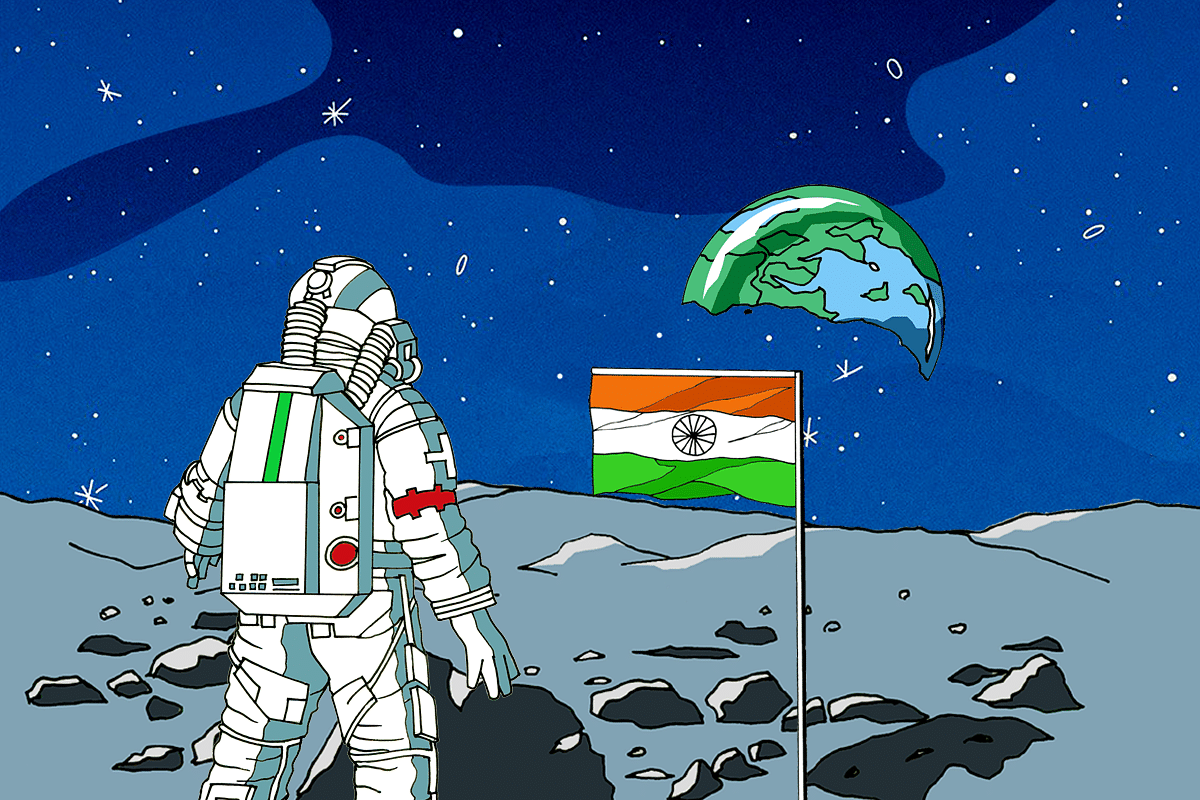 On 8 June 2022, the French space agency, CNES, signed the Artemis Accords with its US counterpart, NASA, becoming the twentieth nation since the Accords came to prominence in 2020. Unlike the other more forthcoming Accord signatories of the US, France did not sign the dotted line quickly weighing its options.

In September 2021, space experts from France and Germany, and the European Space Agency attended a closed-door workshop organised by the Russian space agency, Roscosmos, and the Chinese space agency, China National Space Administration. Roscosmos and CNSA’s workshop attracted international partners for its International Lunar Research Station megaproject, a direct competitor to the cislunar architecture the US intends to raise with its Artemis Accords partners.

In my previous opinion articles, written before the Ukraine War, I had mentioned the significance of space-capable nations like France and India as up keepers of multipolarity in space. However, the war has dramatically disengaged the scope for any European-Russian cooperation for some time at least and affected Europe’s autonomy in outer space.

Advocates of Europe’s space autonomy are watching these developments closely as they do not intend to make Europe a vassal. A day before France signed the Artemis Accords, Thomas Pesquet of the European Astronaut Corps, who is also a French national, expressed the exigency to maintain Europe’s autonomy in space. His statement is perhaps France’s way of indicating that it has come on board the Artemis grouping, not as a submissive partner.

The promise of the Russia-China space cooperation is also withering with every passing day. The ILRS, which began with much pomp in 2021, may not proceed with Beijing reassessing the returns from its so-called ‘No-Limit Partnership’ with Moscow.

Beijing fears secondary sanctions on its space industry ecosystem, which is deeply vested in the Belt and Road Initiative (BRI). Any sanctions on Chinese companies will adversely affect the BRI investments.

Furthermore, the ILRS and Artemis Accords were initiated almost around the same time. However, where the Artemis Accords could attract 20 partners with substantial space capabilities, the ILRS has not been able to draw any consequential space-capable partners.

None of the two cislunar diplomatic pursuits, Artemis Accords, and ILRS, have created bipolarity as the US and China would have expected. Some partners are more obedient than others, while others will be more assertive about their revenues.

This is the hard fact that the more successful and possibly with a longer life span, the Artemis Accords, will have to live with. Artemis Accords has seemingly reached the tipping point of the number of partners it can accommodate. Any more partners is likely to create splinter cells within the grouping, and Pesquet’s statement on European space autonomy implies this presumption.

Where does India stand here? Since 2020, several op-eds by analysts and space veterans have recommended picking up sides. The best thing to happen is that India did not pick up sides and stuck with its strategic autonomy, despite ideological derision from certain quarters.

Humanity’s ambition to extend its presence on the Moon is not restricted in time. Once we go there, we will be there as long as humans exist as a technologically-able species. Therefore the foundation of this shared human pursuit cannot be embedded in geopolitical bipolarity.

India may at present be less capable than China and the United States in terms of financial and technological preparedness to have a long-term presence on the Moon. But when it acquires the readiness in the next 15-20 years, it will invite partners based on their abilities and necessities.

Let me again come to the much-repeated fact that India is a civilisational nation and not a Westphalian nation-state. It has the responsibility to suffice contemporary human challenges and preserve the ancient treasure-trove of knowledge that its older manifestations, as Bharatvarsha, have seeded not only in the Indian subcontinent but also in regions where Bharatvarsha had its extended influence.

Therefore, when India sets its footprint on the Moon, it will be conscious that it is the current manifestation of the yet living Bharatvarsha. India will bring its rich civilisational axioms, razors, philosophies, and worldview to the Moon and further.

India’s insistence on multipolarity is conscientious of its potential and is in the immense interest of all those who share India’s civilisational heritage. Its insistence is in the interest of representing those cultures existing within India and those that India set off and gave to other parts of the world over millennia. Its assertion is not to create a clash of civilisations but gel the best thoughts of the new cultures and its ancient living civilisation.

Therefore, India is not an astropolitical swing-state hedging its stakes from trying to align with the two conflicting blocs. Its space capabilities are slowly strengthening, and it will undoubtedly use them to secure its strategic interests.

But there is an underpinning to these strategic interests, and that is Kalyanamastu, where its deeds in outer space are congruent with the well-being of the entire world, especially the developing countries and erstwhile colonies, and also with bringing socio-econo-scientific Antyodaya, benefits to the last-mile and last person. In that regard, India is absolutely fine not joining any blocs.