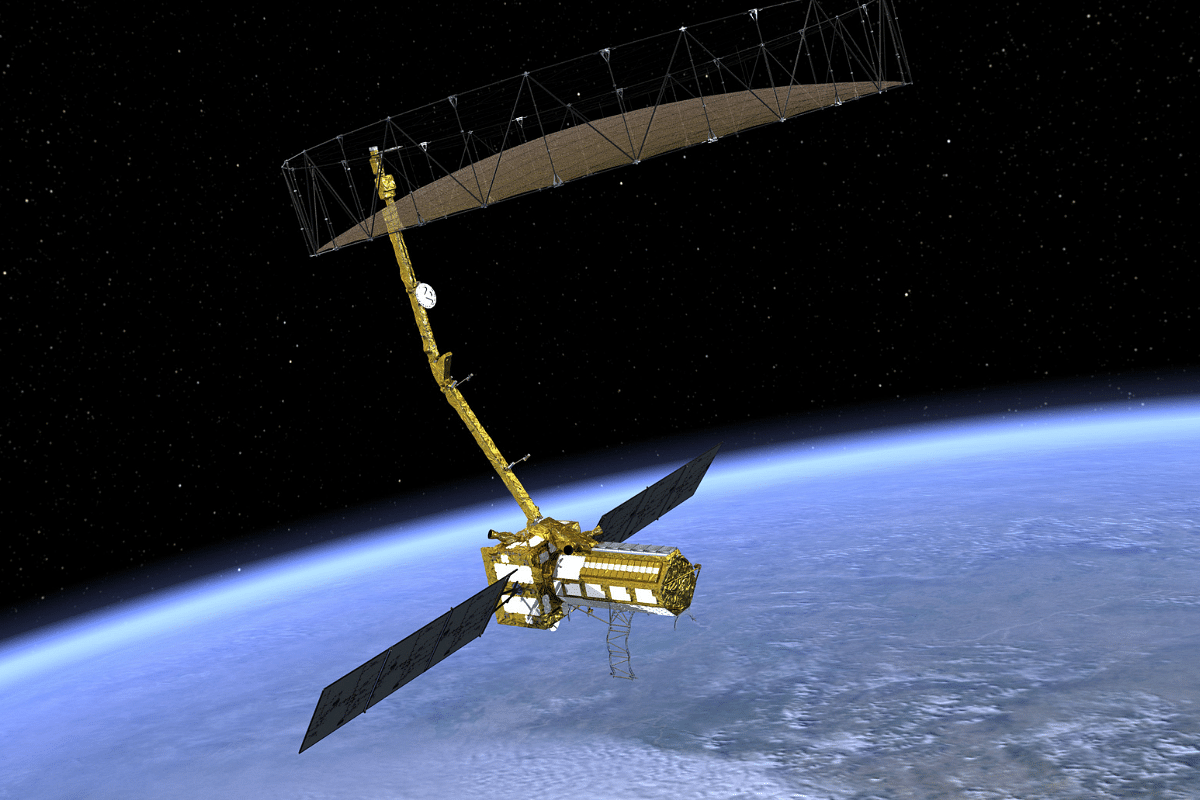 NASA-ISRO Synthetic Aperture Radar or NISAR mission is set to take off from India in early 2023.

"India plan to launch NISER (NASA-ISRO Synthetic Aperture Radar) satellite, a joint ISRO-NASA mission, with the goal to make global measurement of land surface changes using advanced radar imaging," the minister said in response to a question in Lok Sabha enquiring about the status of the mission.

NISAR is an Earth-observing mission to be implemented jointly by the United States (US) space agency National Aeronautics and Space Administration (NASA) and the Indian Space Research Organisation (ISRO).

The idea for the mission came from the National Academy of Science’s 2007 survey ("decadal survey") of Earth observational priorities for the 2010-20 decade.

Making measurements and extracting insights about ecosystems, deformation of Earth's crust, and cryospheric sciences were identified as a top priority in the survey.

The mission concept review passed in October 2013 and the ISRO instrument design review was conducted in March 2014.

Months later, at the end of September, the partnership to develop and launch NISAR was forged officially by representatives of India and the US.

NASA has stated that the goal of the mission is to "make global measurements of the causes and consequences of land surface changes using advanced radar imaging".

The joint satellite mission will use radar to take a good, close look at many Earth processes — earthquakes, volcanoes, landslides, sea ice and glacier movement, among many others — over all the land masses, including the polar cryosphere and the Indian Ocean region.

The overall idea to is understand what drives Earth's natural systems. The data coming in from the mission, which will be freely available and open to the public, will help guide the management of natural resources and hazards, allow scientists to better track and understand climate change, and provide information on the evolution of the Earth's crust.

NISAR will carry two types of synthetic aperture radar (SAR). While ISRO is developing the S-band SAR, NASA is working on the L-band SAR. The letters "S" and "L" in this context represent the wavelengths of their signal, which is 9 cm and 24 cm respectively.

ISRO shipped the S-SAR to NASA's JPL in March this year. The delivery was set back by a year because of the coronavirus pandemic. But after receiving it, NASA has been working to integrate the S-SAR electronics into its L-SAR system.

The planned mission duration for the S- and L-band radars are five and three years respectively, with a possibility of extending the run time based on the availability of fuel reserves in the system.

The radars will offer several unique advantages, such as the ability to peer through clouds or dense vegetation, regardless of whether it's dry out or raining. It is what's called an "all-weather" satellite.

The plan is for the satellite to map the landmass beneath every 12 days over the course of the mission. Images taken during these cycles will be placed alongside others in order to draw a comparison, called time-series interferometric imagery.

Even subtle changes are expected to be caught in the data.

According to NASA, movements of the Earth's surface as small as a centimetre over areas about the size of half a tennis court will be detected.

As a result, the satellite is expected to provide "an unprecedented ability to look at how Earth’s surface is changing,” in the words of NISAR project scientist Paul Rosen.

In addition to the L-band SAR, NASA is providing the radar reflector antenna, the deployable boom, a high-rate communication subsystem for science data, GPS receivers, a solid-state recorder, and payload data subsystem.

Besides the S-band SAR, ISRO is supplying the spacecraft bus, the launch vehicle, and related launch services and satellite mission operations.

NISAR will be the world’s most expensive imaging satellite. ISRO and NASA are contributing Rs 788 crore and Rs 5,890 crore respectively to the project.

The satellite is planned to launch on the GSLV MK-II rocket in early 2023 from Satish Dhawan Space Centre, Sriharikota into a near-polar orbit of 747 km altitude.