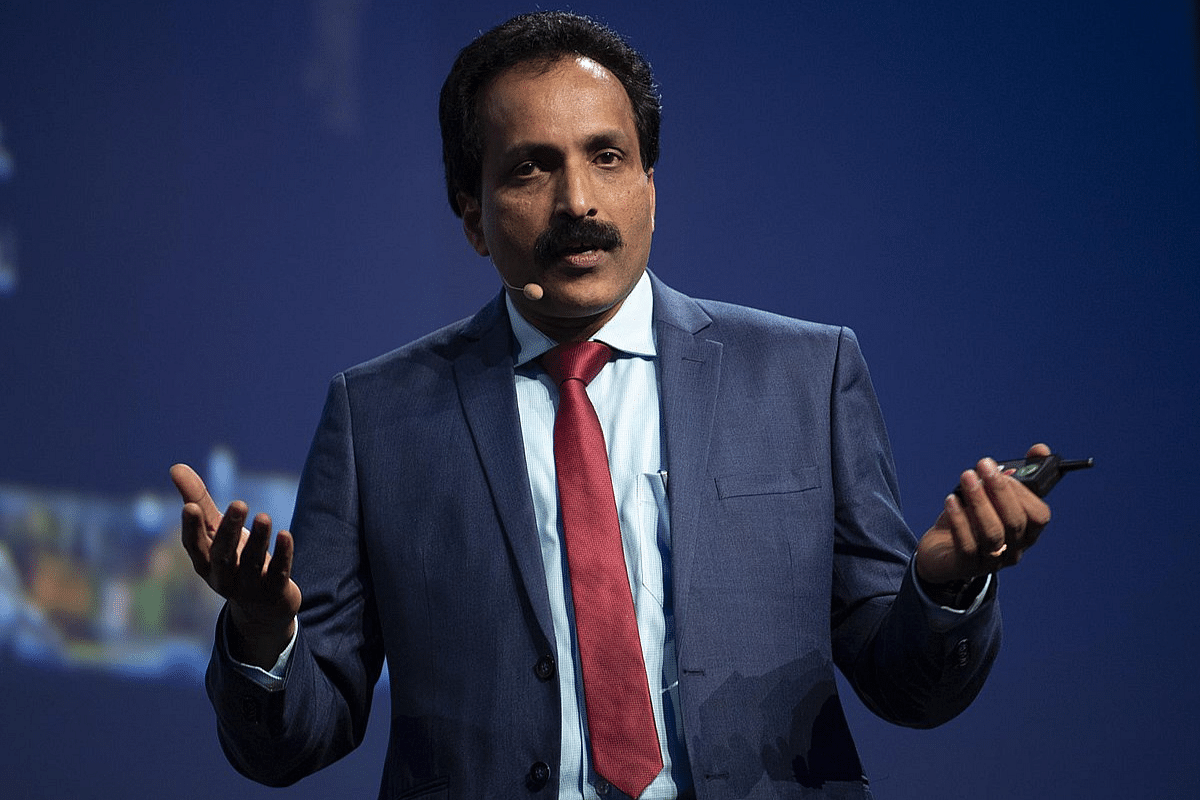 He was speaking with Dr Tirtha Pratim Das, the director of the Science Programme Office at ISRO, as part of the inaugural proceedings of the National Space Science Symposium 2022, which launched today (31 January).

“I believe that it (academia) has to be a much stronger partner,” Somanath said.

He highlighted three to four aspects in particular where the role of Indian academia is essential.

First, he said, it is necessary to create capability and research interest.

“The second is, whatever data that you are able to bring from these missions must be used to study, to publish, to understand, create new findings,” he said. This task falls primarily on the scientific community.

Scientists are also the ones to ideate on the exact scientific instruments that should piggyback as payloads on future Indian space missions, Somanath added.

“ISRO can, at best, engineer and launch these missions. But, then, if these missions have to really bring fruits on enhancing the knowledge of humanity, it has to be through the scientists, who will a priori plan what all we can do, or make use of the data that is already available to create further knowledge,” he said.

Shortly before this brief virtual interaction, the ISRO chairman declared the 21st edition of the National Space Science Symposium open.

In his introductory remarks, Somanath expressed the need to work with space science holistically.

“All the components of the perceivable space, like the Earth, the Sun, the planets, the natural satellites, the small bodies of the solar system, like asteroids and comets, the astronomical sources, the solar systems of giant galaxies, and exoplanets — all need to be studied with individual importance, as well as their connections need to be explored,” he said.

The ISRO chairman referred to space and all its constituents as a “giant web of interconnectedness” and said their study “should lead to a holistic understanding.”

Specifically on the study of planetary bodies, Somanath said that the human race cannot continue to rely on this planet. “It has to spread its wings beyond Earth also,” he said, for which space technology is the only vehicle.

Somanath took charge as the Secretary to the Department of Space and Chairman of the Space Commission on 14 January 2022. He was the Director of the Vikram Sarabhai Space Centre at Thiruvananthapuram for four years before taking up this esteemed position.

The National Space Science Symposium will be held online between 31 January and 4 February 2022. It is hosted by the Center of Excellence in Space Sciences India (CESSI) at the Indian Institute of Science Education and Research (IISER), Kolkata.

ISRO and S N Bose National Centre for Basic Sciences, Kolkata, in addition to IISER Kolkata, are sponsoring this celebration of space sciences in India.

The symposium showcases recent advances and achievements in the fields of astronomical space sciences and Earth observations from space.

As the largest gathering of space scientists in the country from ISRO centres and other academic organisations, the event provides an opportunity to discuss the nation's future vision for space science and the missions necessary to achieve it.

The 21st edition of the biennial event was meant to be held in 2021, but the pandemic led to its postponement to 2022.

Previously, the plan for the 2022 symposium was to have the primary scientific sessions and lectures delivered online and the local outreach events and a space science exhibition held at Science City Kolkata.

However, because of the recent Covid-19 situation in India, the in-person activities are deferred to a later time when the pandemic has once again eased up.