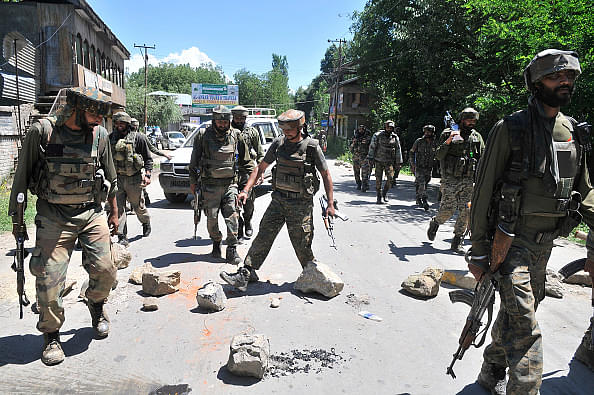 Hours after killing of a Hindu bank employee from Rajasthan in Jammu and Kashmir's Kulgam district, a migrant labourer was shot dead by terrorists in Kashmir's Budgam on Thursday night.

Terrorists fired upon two migrant labourers working in a brick kiln in Chadoora area of Budgam, the J&K police said.

The duo was shifted to a hospital for treatment where one of them succumbed to his injuries.

The slain labourer has been identified as Dilkhush Kumar (18), son of Narayana Rishidev of Bihar.

This is the third case of targeted killing in the last three days.

#Terrorists fired upon 02 outside #labourers working in a Brick Kiln in Chadoora area of #Budgam. The duo was shifted to hospital for treatment where one among them #succumbed.@JmuKmrPolice

Earlier on Thursday, terrorists shot dead a bank employee from Rajasthan inside the bank premises in Kashmir’s Kulgam district.

Vijay Kumar, a manager with the Ellaqui Dehati Bank at Areh Mohanpora branch in the south Kashmir district, received grievous gunshot injuries and died on his way to hospital.

Earlier on Tuesday (31 May), a Hindu woman teacher Rajni Bala was shot dead by terrorists outside her school in Gopalpora area in south Kashmir's Kulgam