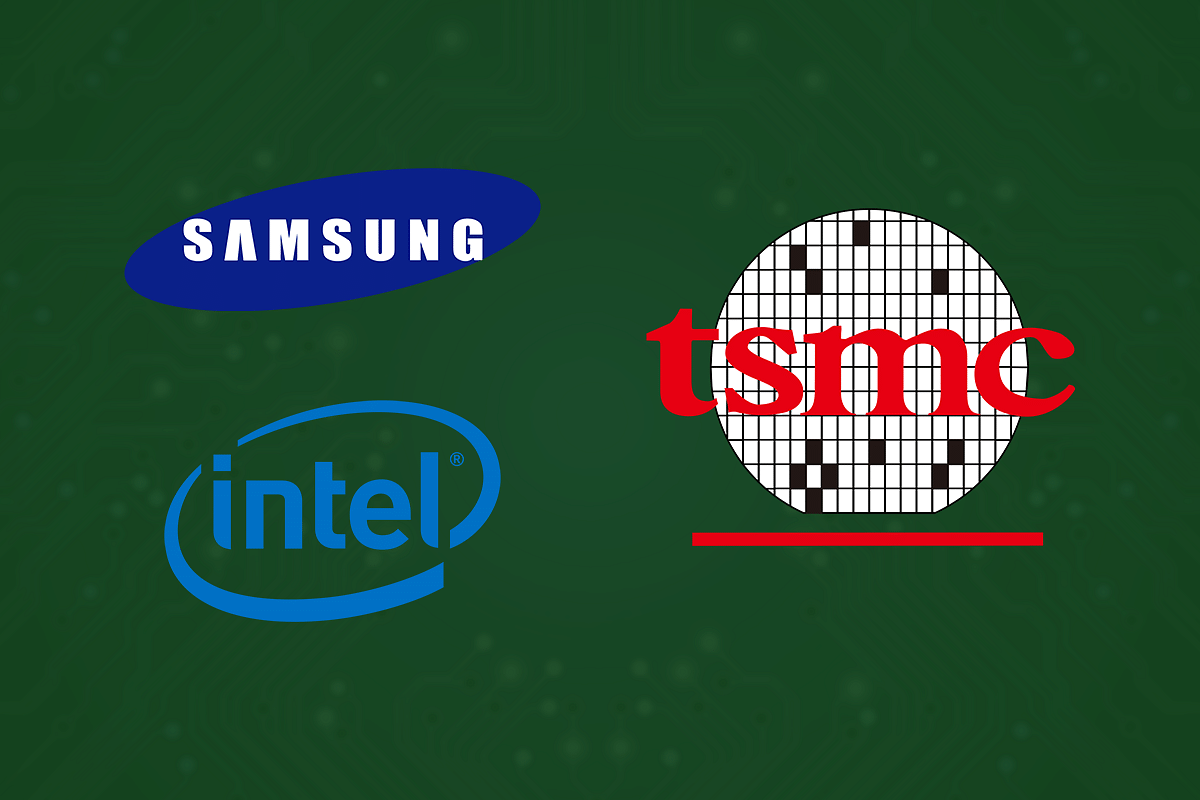 Semiconductor players includes companies that make and/or own integrated circuits (chips) and other discrete semiconductor devices that go into the electronic products.

Examples of fabless are Qualcomm, Nvidia, Mediatek, etc, and that of pure-play foundry are TSMC, GlobalFoundries, UMC, SMIC, etc.

Within IDM there are some who do design and fabrication of only its own chips (examples are Micron, Texas Instruments) and some who offer their foundry for contract manufacturing (Samsung).

Intel traditionally did not offer its foundry to others, but in 2021 it announced that going forward it will offer its "Intel Foundry Services" (IFS).

Taiwan based Mediatek is expected to use IFS 16nm technology and when ready, Intel is also expected to offer its 3nm and 20A (2nm) nodes for contract manufacturing too.

The acquisition of Tower Semiconductors (expected to complete by first quarter of 2023) will help IFS offer 45nm, 65nm and other mature nodes.

The top-15 companies by revenues for all categories put together for 2019-20 can be found here.

For the past one-and-a-half decades or so, Intel and Samsung have been in close fight for the top-spot. It made big news when Samsung became number one in 2021 once again, though the exact revenue figures quoted by various analysis groups varied slightly.

Taiwan-based TSMC, though the leader in the foundry segment (with a market share of more than 50 per cent), has been at number three for a few years when it comes to the overall semiconductor revenue. However, that has shown signs of changing in 2022.

In the second quarter, TSMC reported a revenue of about $18.2 billion while Intel reported only $15.3 billion.

In spite of a slowdown in the memory segment, Samsung held forth in second quarter with a revenue of about $22.6 billion.

In the third quarter this year, TSMC may surpass Samsung and perhaps for the first time we will see a pure-play foundry occupy the top-spot in quarterly semiconductor revenue.

In a recent forecast, "IC Insights expects foundry giant TSMC to surpass Samsung and take over the top spot in the semiconductor company sales ranking in 3Q22 . Intel is expected to move to the third position in the ranking with 3Q22 sale".

What does this mean for the full year revenues of 2022 for the top-three?

Intel is very likely to end up as number three behind the other two with a financial year 2022 (FY2022) revenue close to or slightly above $65 billion.

TSMC is likely to end FY2022 with a revenue slightly above $75 billion; how close it gets to the $80 billion-mark will have to be seen.

Samsung has about $43 billion from the first two quarters, and the impact of memory slowdown on the next two quarters will decide its place.

If Q3 decline prediction holds and similar trend continues into fourth quarter, then its annual revenue may end up close to $75 billion and we may even see it conceding the number one spot to TSMC for the full year.

Though Samsung does not report its foundry revenues separately, market analysis groups make their estimate.

As per estimates by Trendforce, among the top-10 companies with foundry revenue, Samsung was the only one which saw a decline in first quarter of 2022 compared to the previous quarter.

Till the time this article goes to publication, Trendforce has not published the top-10 foundry revenue numbers for Q2 but most foundries have shown growth.

It will have to be seen whether Samsung's foundry revenue continues to decline or whether an upswing in those numbers for the second half of the year will be the saving grace for Samsung and it remains number one in 2022 for semiconductors.