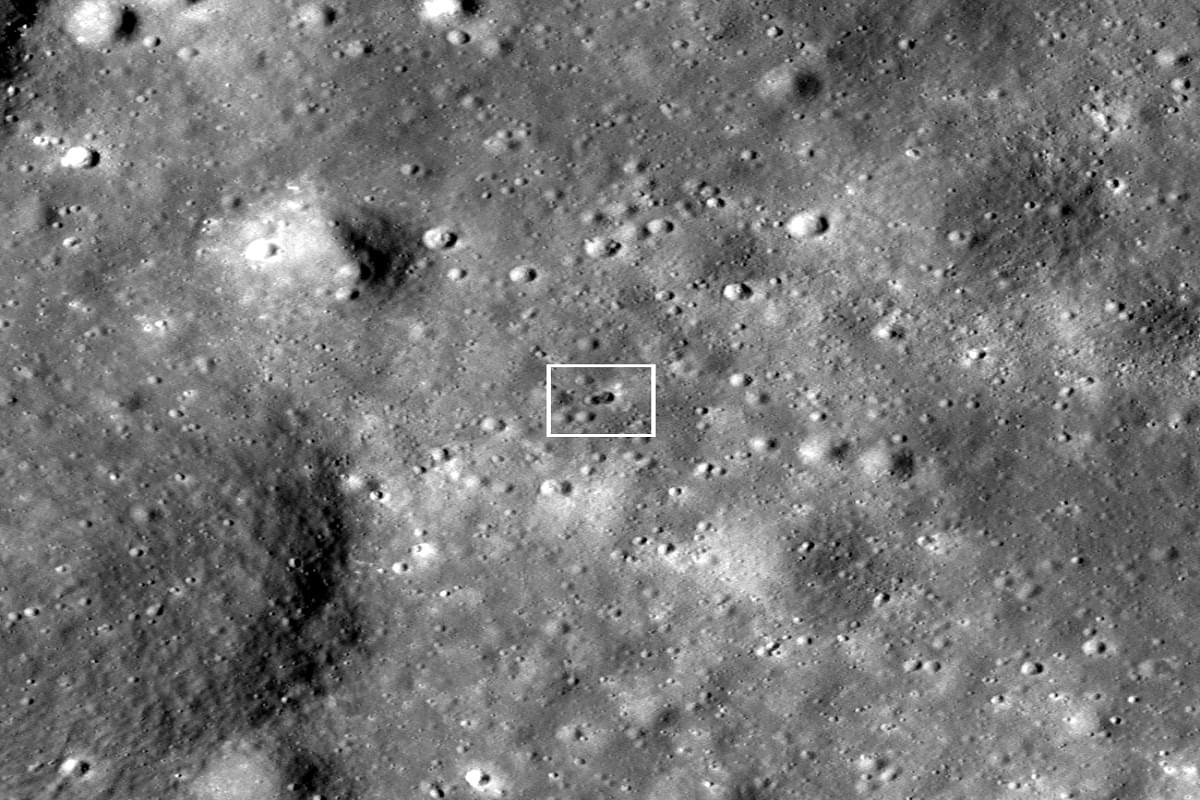 An event on the moon that was revealed last week by US space agency NASA, has left the space industry guessing.

A significant event that 'rocked' the moon

The double crater was unexpected and may indicate that the rocket body had large masses at each end, the space agency said.

"Typically a spent rocket has mass concentrated at the motor end; the rest of the rocket stage mainly consists of an empty fuel tank. Since the origin of the rocket body remains uncertain, the double nature of the crater may indicate its identity," it added.

The event holds significance as no other rocket body impacts on the Moon created double craters.

The four Apollo SIV-B craters were somewhat irregular in outline (Apollos 13, 14, 15, 17) and were substantially larger (greater than 35 meters, about 38 yards) than each of the double craters.

The maximum width (29 meters, about 31.7 yards) of the double crater of the mystery rocket body was near that of the S-IVBs, the agency said.

SpaceX and China both deny claims by astronomers

Interestingly, despite the astronomers tracking the rocket body on the Lunar collision course for months, no country or company came forward to own it.

Earlier, the space object trackers claimed that it was likely a piece of a SpaceX launch vehicle from 2015 but the Elon Musk-led space company denied the claim.

Later, skywatchers led by Bill Gray and others, including NASA, decided it was more likely to be the 2014 Chang’e 5-T1 launch out of China but Beijing also denied the claim, saying the launch vehicle in question burned up on reentry to earth.

However, despite the skywatchers' claim, a mystery still remains whether the object was part of the Chinese lunar mission or not. Besides, it is not expected that any country or company will own up the rocket body as they do not want to be responsible for the first completely inadvertent lunar impact in history.

How the impact was different than other impacts in the past?

It should be noted that other spacecraft, too, have collided on the moon surface, but it was on purpose or part of a botched landing - to put in other words, the impact was intentional, just a little harder than expected - not just a wayward piece of space junk.

Why the object was not tracked?

However, it is interesting that despite hundreds of terrestrial telescopes and radars, space-based sensor networks and cameras involved in the global space monitoring efforts, a whole rocket stage was in orbit for six or seven years, eventually getting all the way to the moon, without being identified.

One of the reason the object went undetected could be that the high-altitude junk has been of no or less concern to anybody outside the asteroid surveys.

Objects of this sort are not tracked by the US Space Force as they mostly use radar, which is 'near-sighted'.

The US Space Force radar can track objects four inches/10 cm across in low orbits, but can't see big rocket stages like this when they are as far away as the moon.

Can such impacts occur again on Moon in future?

Experts opine that this is not likely to be a one-off event that went almost undetected barring few months ahead of collision, and could repeat in future as the number of moon missions will rise but technology deployed to track space objects remain unchanged for years.

However, they believe that such events would remain "exceedingly rare".

"It’s possible an accidental moon-strike like this could happen again in the future, depending on the number of missions that put rocket bodies into those orbits and given enough time (years or decades)," said Darren McKnight, senior technical fellow at Leo Labs, which has been building a new network of debris-tracking radar all over the world.