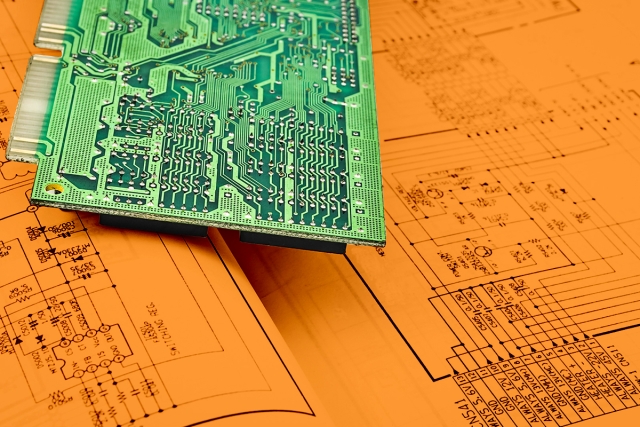 In the previous article a case for entry point for Fab India on a pure-play foundry in India was discussed and its potential impact on the broader impact on the fabless semiconductor ecosystem in India. This article will focus on — “why analog-mixed signal fab on a relatively older technological node is a more viable option” and “How it can invigorate Indian manufacturing economy around that ecosystem”.

Semiconductor foundries produce integrated chips (ICs) that can belong to one of the many technologies: logic, analog/mixed-signal/RF, memory etc. Among them, digital logic chips are the most popular among general public owing to large marketing efforts associated with CPU/GPUs for mobile devices and personal computers (PCs).

These are marketed with high performance offering coming from most advanced silicon technology nodes, currently 7 nm or lower.

However, as mentioned in earlier article, these advanced nodes require years of technology development and huge capital investment, which can only be justified with a strong customer base requiring extremely high volume of chips (in order of millions).

Even though logic ICs built with most advanced technology node have achieved ‘celebrity’ status with every generation of mobile phones, there are still many ICs fabricated with ‘older’ technology nodes (65 nm or higher) focusing on AMS and they are projected to grow further.

Analog/mixed-signal and radio frequency (RF) ICs are essential when a CPU has to interact with rest of the peripherals like display/touch screen, battery, keyboard, communication (bluetooth/WiFi/cellular) etc or in control circuit boards of automated machinery.

A foundry with these nodes allows a low barrier for entry into semiconductor manufacturing for India because it is less capital intensive to begin with, and it would be realistic to ‘fill the fab’, ie keeping the fab running with orders, as the customer base can spread over various market segments.

There is a large portion of the Indian industry which is yet to embrace automation and digitisation of end application in many sectors. AMS Fab provides India an opportunity for ‘disruptive’ fabless startups in areas like Internet-of-Things, wearables, electrical vehicles as these applications mostly rely on low cost, moderate speed AMS ICs.

Many of the automation systems require analog/mixed-signal control ICs and driver ICs that use older technology nodes.

Agriculture in India is still largely in nascent stage when it comes to automation.

Although there is a dire need to use automation in many aspects of it to increase productivity, owing to both structural and economic issues the sector has remained behind in automation.

Due to widespread use of Internet connected smart phones in India, there is opportunity for connected automation systems. For example, mobile device-controlled irrigation pump controllers are already being deployed in some regions.

Many such automation control boards are assembled with imported chipsets by smaller enterprises.

As this is a very cost sensitive sector in India, a local foundry producing such chipsets can provide significant cost offset and also enable small enterprises to foray into more ventures.

Indian Railways is at the core of Indian public transport infrastructure. However, it is yet to undergo necessary modernisation and digitisation in many areas. There seems to be a growing effort in this direction from the government in recent years.

Recently there were news reports of Indian Space Research Organisation (ISRO) made ICs to issue alerts at unmanned railway crossings. The demand driven by automation in India would form a major share of orders for a local fab and also benefit public infrastructure with ‘Make-in-India’ push.

Smartcard driven transport systems are still in pockets of metropolitan cities, ICs for these applications could also take a good share of AMS Fab lots. Smart meters for electrical consumption monitoring and various point-of-sale units would also require many of these ICs.

Private industrial setups (MSME and SSME) would not only benefit from the derivatives of these AMS ICs in optimising their production flow but also reduce their import expenditure and power bills using smart IoT driven industrial automation solutions.

Along with this, many of the home appliance and smart home product manufacturers in India utilise many of these ICs, which are currently imported. A local source will not only allow better cost offset but also enable many local fabless enterprises to benefit.

With the electrification drive in its last lap and cheap mobile connectivity primarily driven by a disruptor has significantly boosted the telecom infrastructure, there is still huge swathe of geography waiting for the twenty-first century connectivity.

The infrastructure to drive this expansion in broadband connectivity and other affiliated services need element management systems (EMS), node management systems (NMS) and other associated infrastructure, a large part of it is imported lock-stock and barrel. BharatNet idea mounted by India Electronics and Semiconductor Association (IESA) is promising and needs meticulous roadmap with tangible intermediate outcomes to light of the day.

Although SCL caters to the defence requirements of IC units, it is still an underutilised, highly bureaucratic opaque system, with limited access to public/private innovations addressing defence needs. Multi-project wafers at the AMS Fab will give significant fillip to addressing many electronic system requirements of Indian Defence. AMS Fab is an important catalyst to initiate the forming of the non-existing military-industrial complex.

Arrival of electric vehicles (EVs) in the near-future is imminent. However, the electronics piggybacking on this next-wave of mobility is elephantine. AMS Fab could cater to a significant portion of this demand. A cursory illustration of the volume of electronics that is conceived to build an EV is shown in the Figure 4.

Each of these sub-systems is massive OEM platforms which will continue to look for an AMS Fab. It is not only restricted to the four-wheelers but these electronics solutions in entirety or in partial derivates will end-up in electric two-wheelers as well.

Since all these are battery driven vehicles, which need monitoring, connected-diagnostics and the supporting infrastructure almost entirely driven by electronics. It is a major disruption India cannot afford to pass.

Furthermore, AMS Fab will provide the foundation to develop emerging applications like AI-hardware and propel Indian start-up ecosystem (A future article will explore these applications).Despite various concerns of initial capex, uncertainty of demand for Fab capacity, infrastructure (example, water) etc, it is still imperative to pursue the establishment of a Fab with full steam for the growth in all the various sectors detailed in this article. Perhaps, an exhibit from history would suffice to understand gravity of this fundamental need.

An Analogue From Indian Automotive Industry

In the 1980s, Indian government was looking for a foreign collaborator because it lacked the capabilities to build a modern, large scale passenger car production facility. Additionally, Suzuki Motor Company (SMC) wanted a foot-hold in India’s highly deprived low-cost segment of four-wheel drive and in return promised the transfer of much sought after Japanese manufacturing culture.

SMC entered Indian automotive industry in passenger car segment in the early 80s through joint venture (JV) with Maruti Udyog (founded by Sanjay Gandhi in 1970, turned defunct and subsequently taken over by the Indian government in 1981). SMC’s product strategy in the passenger car segment was cost focus and cost leadership. SMC targeted the less wealthy but more populated markets of India, China and Eastern Europe.

SMC relied on high volumes and emphasised constantly on cost reduction in production. The equity participation between Indian government and SMC was set at 74 per cent and 26 per cent respectively. A-segment Maruti 800 (small, energy efficient and affordable) was the first car produced by Maruti Suzuki India, which remained an undisputed best-selling car in India till 2004.

Although there were usual apprehensions like “Who will buy the car?”, “Where are the roads to drive on?”, “What will happen to the bullock-carts industry?”. Today India has surpassed Germany to become the fourth largest automotive market and fifth largest producer of cars in the world behind Germany.

Analog/Mixed Signal Fab backed by Indian Government could well be the producer of “Maruti-800s” before ushering in the Teslas of the semiconductor chips.