Modi’s Ban On Tik Tok And Other Chinese Apps Is A Warning To Facebook, Twitter, Et Al Too: Be Neutral And Don’t Play Politics 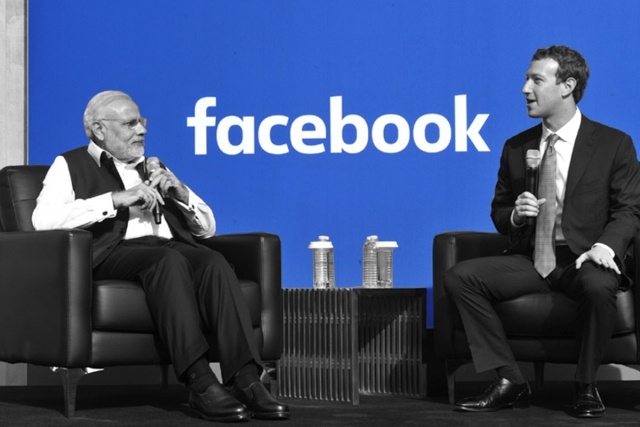 Prime Minister Narendra Modi’s decision to ban Tik Tok and scores of other Chinese apps is being viewed as a slap on the wrist of Chinese Communist Party (CCP) for making moves to grab India’s territory in eastern Ladakh and not de-escalating. Nationalists in India see it as a warning salvo at the establishment in China to behave or be ready for more punishment on the economic front.

With the United States already putting in measures to make it difficult for Chinese companies to do business in the world’s richest country, the threat of losing access to India’s market should act as a decent deterrent if hubris hasn’t really clouded the good old Sun Tzu wisdom in minds of CCP strategists.

But Modi government’s decision shouldn’t be seen in isolation and has bigger implications beyond China as well. On foreign policy front, Modi is showing the world how to take on Beijing and one shouldn’t be surprised if other Western countries follow suit in banning these Chinese apps.

This time it’s not the US which is leading the free world but India, even though it is doing so out of its own interests rather than to be leader of the free world.

So, India won’t play by the US rules either. It will be fiercely independent.

That means that it won’t tolerate intervention by ideologues of foreign nations - either Chinese or American - in its own democratic space.

Ban on Chinese apps should thus be taken as a warning by the US Big Tech corporations like Twitter, Facebook, Google et al to stay neutral at least in their operations in India.

These hitherto neutral platforms are being increasingly taken over by the Leftists in America. The Left, whose monopoly was broken by the social media in the last decade, has now gained editorial control over these digital platforms.

As I explained in my earlier piece, the Left’s takeover of these platforms started after Donald Trump’s surprising victory in 2016 US Presidential elections.

That election turned these neutral social media giants into partisan publishers because they were accused by the US Democratic Party of aiding and abetting the rise of Trump.

The Democratic Left went after them for enabling Trump’s presidency. They were put in the dock, have been on the defensive ever since, and are forced to toe the line of US left establishment.

Some of the biggest corporations in the US (like Unilever, Coco Cola, Verizon, etc) have jumped in the arena. They have decided to pull advertising from those platforms which aren’t doing enough to suppress free speech.

Facebook, whose CEO Mark Zuckerberg has been hesitant to meddle too much in how users express themselves on the social media site, has been the target of these ad boycotts by big corporates.

Facebook has lost billions of dollars in matter of days. The campaign ‘stop hate for profit’ is being run by Leftist organisations and big corporates (whose leaders are drinking the woke cool aid) are joining in hordes to make sure that anyone who doesn’t follow the norms of speech acceptable to the Left pays for the perfidy.

Twitter, which now regularly censors tweets of conservatives in the US, from a lowly troll to the President, has escaped ad boycott from many of these corporations.

It’s not long before these platforms are completely hijacked by the Leftists in the US. But it won’t stop there.

The US globalist Left will then train its eyes on spreading its gospel around the world with a missionary zeal.

India, which is the biggest market for these platforms, will be a huge target of evangelisation by the wokes.

Already, Twitter and other platforms have been accused by users in India of selectivity and bias in favour of the Left. The problem will only exacerbate. But these American platforms should take ban on Chinese apps like Tik Tok as a warning to themselves to stay neutral because the reason cited by India for ban on Chinese apps can easily be extended to them.

The statement released by the Ministry of Electronics and Information Technology says that the government has decided to block these apps “in view of information available they are engaged in activities which is prejudicial to sovereignty and integrity of India, defence of India, security of state and public order.”

India will not allow intervention of foreign ideologies in its local politics because that would be “prejudicial to its sovereignty“. The message to Twitter, Facebook and other US social media sites is clear: Behave, stay neutral and limit your politics to your own countries or be ready to face the music in New India.

This is a signal to entrepreneurs in India as well. The country won’t allow digital public spaces (DPS) to be colonised and they better start building their own platforms even if it means copy pasting the US ones (or Chinese). Innovation will follow.

Nationalism is coming to DPS too. That’s the future Indian tech entrepreneurs must embrace and prepare for.