The Chip-Water Angle To China’s Aggression May Be A Stretch, But There Are Lessons To Be Learned 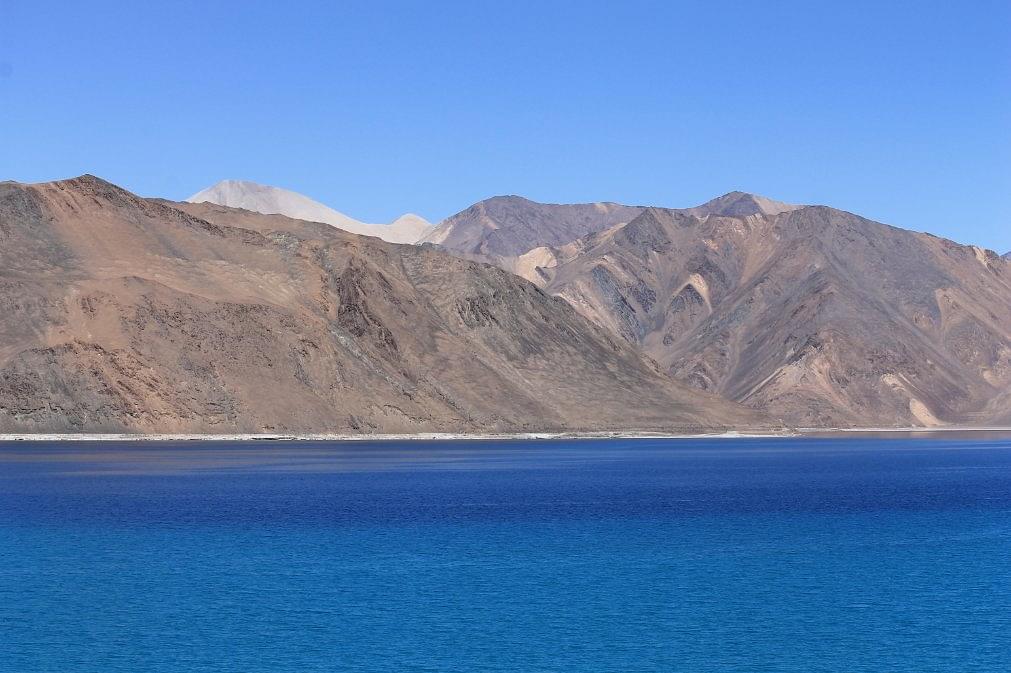 On 24 June, in its 8pm show “The Right Stand” CNN News18 presented a hypothesis that China’s aggression against India and attempts to take over more and more of what is rightfully India’s, especially water bodies, is part of its desperation for water, amidst its ambitious growth plans in the semiconductor chip (IC) manufacturing area.

In this article, three pertinent matters will be put forth in the spirit and hope of triggering further debate among those interested:

For those who may get lost in the details of the article referred to in point #1, the summary is as follows: China started its efforts as early as the beginning of this century to get global players like Taiwan-based TSMC, UMC and some companies in the memory chip area, to boost in-house chip manufacturing.

Parallelly, it helped local players grow — most prominent being SMIC which holds 4.5 per cent market share globally among foundry players as per first quarter 2020 data presented here. Also, as per figure 3 of this article, in 2019, foundry or the chip fabricating market was about $74 billion, while in the same article, figure-1 shows the overall semiconductor market, more in terms of the products, was about $430 billion.

The semi-engineering article referred earlier, in its figure, shows a dip in China’s consumption from $145 billion in 2018  to $125 billion in 2019. While that is a case of curiosity both in the wake of American restrictions and Covid-2019, I shall not divert.

The point of interest for us is that China produced $19.5 billion worth chips in-house, which out of its domestic need of $125 billion is about 15.6 per cent and out of a global $430 billion is about 4.5 per cent — that also seems proportional to SMIC’s market share in the global foundry space.

SMIC itself may be making some chips for non-China players, including possibly for India or at least chips designed in India, but it is not likely to be a big percentage of its revenue and so, one can deduce that while players like TSMC and UMC have their fabs in China, it may not be a significant portion of their overall production either and adds only little to China’s global share — the companies themselves may be there for strategic and consumer market diplomacy reasons.

Here is the crux — China has set an ambitious target of producing 70 per cent of its chip needs in-house by 2025 — assuming a $220 billion consumption, that is around $150 billion. Product space going from $19.5 billion to $150 billion, if translated linearly into the foundry space, would mean going from roughly $3.5 billion to about $27 billion in a matter of five years.

That sounds way too ambitious, and the US restrictions have only worsened it.

With multiple examples as quoted in the semi-engineering article on what global players are not allowed to do in or for China, it is only natural that China tries to do whatever it can for the domestic companies, including ways to catch up on advanced technology nodes like 3nm, 5nm, 7nm and 10nm that its players have been lagging behind in.

So, the desperation to increase in-house chip (IC) manufacturing as presented in CNN News18 is surely there, but whether the water needs that it brings along is the only or the main reason for China to attack India is debatable.

In any case, not just for fabs, water is increasingly becoming a precious resource globally and many even believe that “the third world war will be fought over water”.

The percentage needed for fabs is quite likely only a blip in the amount of water needed overall.

So then, if India goes for semiconductor fabs, which I hope it does soon, how much does that add to India’s water risk? For the kind of fab I had proposed in this article, it will be anywhere between 8,000 to 12,000 litres of water needed per wafer.

So a fab in one day consumes the water availability of 9.21 Indians and over a one-year period, that of about 3,363 Indians — my understanding is that this is the ‘available, usable’ water and not what the person physically uses.

This ORF study mentions that most of India’s usable water goes into agriculture and even by 2025, it will still be around 83.3 per cent.

If one were to compare with average water used by Indians for drinking and domestic needs and take 135 litres as an average based on this detailed study, the fab above would daily consume water equivalent to household usage of 1 lakh Indians.

Another data point to compare would be India’s textile industry — this article gives the number as 425 million gallons or 1,608 million litres of water used per day.

In comparison, 13.5 million litres is less than 1 per cent.

This is not to say that we should neglect India’s water challenges — especially the non-equitable distribution. India is a country that can simultaneously have floods in one place and drought in another.

Once the water available per capita comes in the range of 1-1.1 million litres per day, the country will be water-stressed.

I will leave it as an exercise for the reader to calculate how much time in seconds it takes for the amount of water needed in a fab per day as mentioned above, to go into a hydro electric power station that produces, say 1,000 MW of power.

Indeed, the water that turns the turbine is then used for other purposes, irrigation for example.

In fabs too, “Reduce, Reuse and Recycle” will be the key, and while total reuse may not be possible in fabs, the article referred earlier — this — gives multiple examples of efforts done by fabs to reduce and recycle, including the example of what Intel's fab has done in Arizona, USA.

The need for water recycling is not limited to just fabs — quoting from the ORF study:

“75% of water pollution from domestic waste water is today discharged untreated into local water bodies and rivers. This amounts to around 40,000 million liters per day MLD from its 300 odd cities".

Clearly, there is much desired on the water recycling aspect.

Associating fabs with desalination plants is also an option. Apart from the water needs that a fab brings, with a growing population and water-stressed cities, India in general has lessons to be learned from countries like Israel,  UAE, Singapore and so on, and proactiveness in this regard can only help India.

The attempt here has been to show that availability of water should not be the main hindrance for a fab in India, though, indeed, it will have to be ensured that the water supply to fabs never runs dry and India's overall water challenges of the present and the next few decades be taken up seriously now itself.

A similar study can also be done about the power needed for fabs.

Those interested may want to read about “Independent Power Producers” (IPP) in India, some of which started because they had industries needing a lot of power. Fabs need uninterrupted and non-fluctuating power, approximately 50 MW for a medium sized one.

A combination of IPPs using, perhaps, both solar and thermal, along with the state government provided power through the grid may be the way to go — today’s India can make it happen.

Whether China’s aggression on India is for water or not, isolation is prompting it to take the challenge of in-house chip manufacturing with more vigour.

India should not limit itself to just announcing incentive schemes, and hoping investors will get to know. Steps should be taken to ensure that it is the chips produced (fabricated) in the country that will be used in products like mobiles or laptops sold in India or exported out of the country.

Given the multi-dimensional aspects of semiconductor fabs, and the scepticism after previously failed attempts, India’s Prime Minister himself will need to trigger efforts.