Why European Union Is Hounding Google 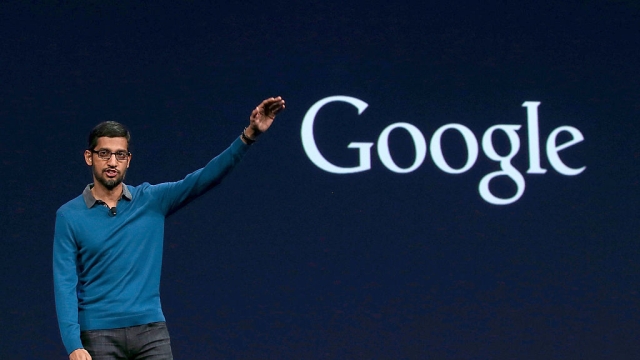 As one of the more innovative companies in Silicon Valley, Google has an outsize impact on the imagination of those in the startup ecosystem. Thus, the ups and downs in Google’s prospects are watched with interest by technology companies, and its travails with the European Union, as well as its long-running lawsuit with Oracle, have lessons to be absorbed.

First, the European Union has brought an anti-trust suit against Google, accusing it of unfairly forcing partners to bundle its offerings into Android.

Second, there has been a long-running suit about the overwhelming market power of Google in the search.

Third, just last week the French offices of Google were raided by police, accusing the company of internet tax dodging.

There are perhaps three valid perspectives about all this.

One, a European view as it relates to the (justified) fear of becoming a mere digital colony of powerful American technology firms.

Two, as a symbol of diminishing European competence and indeed relevance in the technology world, and their penchant for using regulation rather than market forces to correct this.

Three, as an instructive lesson for others in how to deal with potentially market-dominating firms.

The first perspective was well-articulated by European journalists in, for instance, The Economist and The Financial Times, when the Android anti-trust suit was announced by the European Competition Commission’s Margrethe Vestager a few weeks ago. They raised the spectre of Microsoft, which had, in an analogous manner, been hit by anti-trust litigation by the EU, and was forced to unbundle, among other things, the Web browser from the Windows operating system.

On the face of it, the Europeans have a point: both Microsoft Windows and Google Android are ubiquitous platforms in their respective fields – PCs and smartphones, with dominant market share. Windows has 90% market share, and Android has over 80% in smartphones in the EU. Therefore, it is facile to make analogies.

But their arguments are specious because Microsoft and Google are radically different: Microsoft kept its Windows code secret and charged big bucks for its products, while Google gives away Android code free, gratis. In fact, it is an irony that Microsoft makes some $10 for each copy of Android sold on a smartphone from licensing fees for its technology, while Google makes no money directly.

Of course, Google makes plenty of money via Android indirectly through other services such as Maps, Search, Play Store, and so on, all of which lead to advertising revenue and plenty of data about its customers. (As mentioned, that too is under attack by the EU, but that begs the question: where do you expect Google to make money to invest in Android?)

What Google is accused of is not that they are forcing people to buy their platform (as Microsoft effectively did because there were no alternatives), since it gives the platform away, but of stringent licensing terms that force any partner like smartphone maker Samsung to include a set of Google services if it wishes to use Android.

The fact remains, though, that Android is open-source. Anybody is free to take the code and modify it, and indeed Amazon did; and Chinese manufacturers did, thereby offering their own services rather than Google Play Store and so forth. There is nothing that prevents any company from thus ‘forking’ away from the standard Android released by Google. Thus, the analogy is far from perfect, and Google is no predatory Microsoft.

There is another issue that, ironically, involves Microsoft in passing: the fear of fragmentation, when several variants of a piece of software start ‘forking’ away from a common base, thus leading to incompatibilities. In today’s business jargon, ‘platforms’ are the key win, because they bring groups of users together: for instance, EBay is a platform that brings sellers and buyers together. Google and Facebook are also platforms; creating a successful platform is a key to mint money.

The reason I am reminded of Microsoft when I talk about fragmentation is the history of Unix. This elegant operating system was one of the best platforms ever built, but it fragmented because there were several versions of it (those from Bell Labs, UC Berkeley, HP, Sun, DEC, IBM, and so on) which were close, but not fully compatible. The net result was that instead of Unix, it was Windows that captured the desktop, and untold riches for Microsoft.

Google’s Chairman Eric Schmidt was a Unix advocate, and as VP at Sun in the 1990s, he saw up close and personal the opportunity lost through fragmentation (I was there too, a couple of levels below Schmidt, and in the middle of this battle; in hindsight, I too realized that we screwed up – but that’s a story for another day: fratricidal warfare allows the enemy to win.)

Thus, Google is especially sensitive to fragmentation, and that’s a good enough reason for Google to insist on a standard version of Android. ‘Forked’ versions like Amazon’s have not taken off, partly because standardization is attractive to consumers as well: it enables the creation of a proper two-sided platform where people can depend on links or the Application Programming Interfaces (APIs) being maintained as sacrosanct.

In other legal news for Google, it just won a suit in California against Oracle (which bought Sun, the inventor of Java) regarding the ‘fair use’ of Application Programming Interfaces for Java. Google admits that it copied some of Java’s well-known APIs. But it argued that this is not a violation of copyright, but a ‘fair use’ of the interfaces.

The jury bought this argument, and thus Google is spared a huge verdict of $9 billion that Oracle had claimed as compensatory and punitive damages. Of course, this may be overturned on appeal, but at the moment, it is a boost to developers to maintain compatibility with older software. On the other hand, from an Indian perspective, since so much of India’s intellectual property is in copyright, it is unclear how far an extension of ‘fair use’ will negate our ability to claim revenues.

Thus, Google, as it begins to mature, is receiving a lot of attention; and its legal troubles suggest instead of more engineers, it may end up having to hire more lawyers. That cannot possibly be good for innovation, or for society at large.