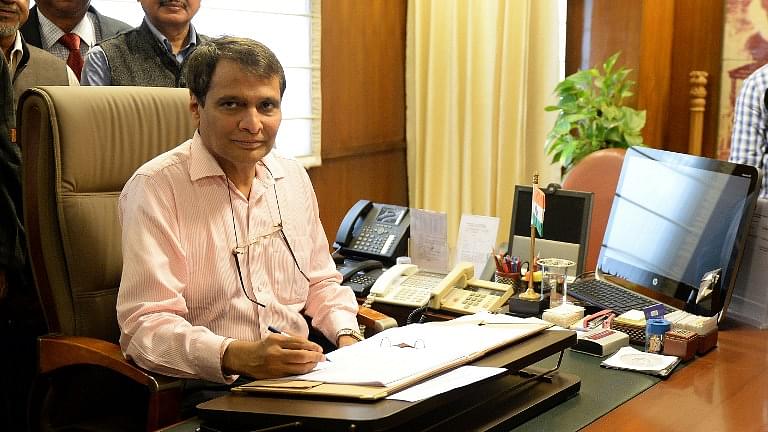 Speaking at a recent TedX event Railways Minister Suresh Prabhu outlined his plans. Calling it his Vision 2030, the chartered accountant and banker turned minister spoke about how China has invested upwards of $100 billion per year for many years in the railways. On the other hand, India is still aiming at investing $ 140 billion for the next five years.

Suresh Prabhu broadly touched upon investing, fixing customer service and accountability. When it comes to investments he said railways have stopped blaming the finance minister for not allocating enough resources. Instead they have been looking for resources from outside the government – the Life Insurance Corporation of India, for example, has provided for Rs 1.5 lakh crores on thirty year repayment terms.

The investments are mainly targeted at three broad areas

- and bringing about transparency.

The minister explained how the railways was starved of investment for the last few decades. The railways have as a consequence lost traffic to the roadways, railways services, meanwhile, have deteriorated over the years.

A new regulatory framework is being worked on. The minister explained how all railways procurement, examination and postings etc will be carried out online platforms that will eliminate touts. He seemed to be particularly proud of the fact that he has delegated a lot of powers to the general managers and divisional general managers. The result: enhanced, faster decision making. Prabhu claimed that not a single tender had come to him in the last year.

The plan is to move in five year cycles. In the next five year cycle, the minister wants to double the investments going into railways. By 2030, the minister wants railway services to be benchmarked globally, the safety systems and record of the Indian railways must be the best in the world. The Japanese are helping the Inidian Railways now). With all this investment pouring in the railways must easily be able to add 2-3% to the national GDP.