Afghan Envoy On Ties With India: 'No Country Can Reverse This Friendly Relationship' 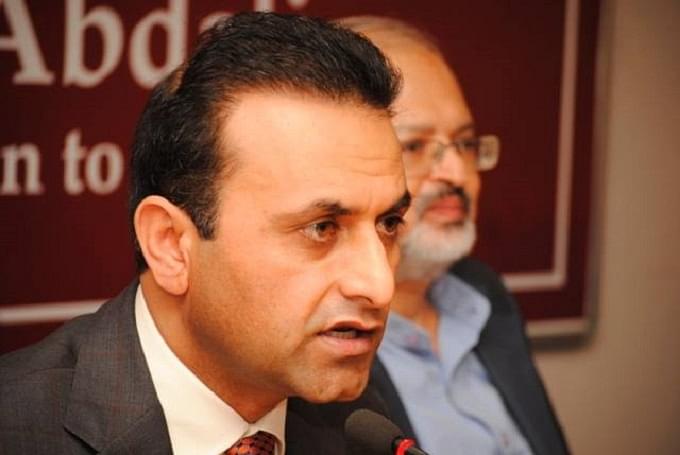 Shaida Mohammad Abdali, Afghanistan’s Ambassador to India, is a soldier for development. Needless to say, he is in the line of the Taliban’s fire. Recently, his elder brother Sardar Mohammad Khan was shot dead in a mosque in Kandhahar province. Shitanshu Shekhar Shukla tries to understand the future of strife-torn Afghanistan through him. Excerpts of the interview:

What do you think of India-Afghanistan ties?

First of all, I would like to highlight the depth of this relationship, especially strategic partnerships post-liberalisation between the two countries. We have had comprehensive dialogues between the two countries since 2001; however, the people of both countries have an old bond with each other. This bond has helped both the governments to transform that relationship into a more strategic dialogue after 2001 through a strategic partnership agreement in 2011, which included different areas. An understanding had been reached to have a constant dialogue between the countries in the areas of politics, economics, social, finance and security. After 2011, as mentioned in the agreement, subsequent participant council meetings are to be held on different issues, relationships, and activities such as education, science, politics, finance and others.

The recent visit of the NSA (National Security Advisor) and the foreign minister was about operationalisation of the agreement. In the agreement, there are provisions where both the countries are bound to get together at a strategic, operational and objective level. At the strategic level, the foreign ministers and head of states are bound to meet from time to time and set working groups to sit further together. In the last two visits, the discussion was aimed at how to operationalise what is committed under the strategic agreement. The deputy foreign minister was here to engage at a foreign secretaries’ level to pave the ground for a dialogue at both the operational and strategic level.

The Afghan government will host a participant agreement dialogue. One in Delhi, the other in Kabul. Sushma Swaraj will go to discuss all the issues about the Participative Discussion Agreement. That participative council meeting will set a complete comprehensive agenda for the upcoming visit of the Prime Minister to Kabul. So, we agreed on some steps during the visit of the NSA and deputy foreign minister to set a corrective agenda for both the visits. The last two visits set a roadmap for both the countries to move ahead and we are looking forward towards the two upcoming visits.

Since the US and Iran have struck a nuclear deal, Afghanistan is bound to get some benefit from it. Is it possible that India, Iran and Afghanistan can explore some better role during the next South East Asia visit?

Absolutely, we are very happy that the tension between the Iran and the US has been mitigated to a greater extent. The more the tension is diffused, the more dividends there will be for Afghanistan and countries around Afghanistan. We are happy that we are promised development on that front. Afghanistan, Iran and India can do a lot for their prosperity, development, peace and well-being mutually, and it can be shared in the entire region. India, Afghanistan and Iran can play their roles better as they have their strategic significance in the region. Afghanistan is, economically, playing a role of connectivity. India is on the edge of South East Asia whereas Iran connects us to central Asia.

Chabahar is one of the most strategic projects that we have been working on for many years. We are deciding on the routes through which all the three countries will do business. We are making progress and have shared the MOU of the Transit Trade Agreement among the three countries. Recently, all three countries had a meeting regarding the project details of the Chabahar Port and hopefully the last meeting will be held in Delhi to finalise the terms of the agreement.

This is of strategic importance for all the three countries and we hope that not only the international community but the US will also back this project (we are fighting on many fronts). This project will help us to fight terrorism and radicalism in Afghanistan because we are offering jobs, development and prosperity. It will help us fight for development and dispel insecurity in the region. It will go a very long way not only for peace and stability in Afghanistan but also for economic advantages.

Do you think that this trilateral agreement will help resistance against Daesh (also known as Islamic State)? Will partnership among the three countries be able to neutralise the terrorism in the region?

Absolutely, we all have to work together to achieve our common goal. Our main goal is to establish a peaceful region. It doesn’t mean we only have to do it militarily, but also in a manner that it does not affect the development and peace of the region. Economic development is a crucial factor for establishing peace. Terrorism in the region (including Daesh) is an emerging threat. I completely agree with you that the three of us and the others should jointly fight Daesh that has no friends, and, should not have friends in the region. Daesh is not a phenomenon we had witnessed in the last three decades. We hope that in our region the countries surrounding Afghanistan will realise that the only way for peace is to work for peace and unity.

There are dreadful results for one seeking development at the cost of the other. We have seen the results of miscalculated policies in the last two to three decades. We work to gather not only India, Iran and Afghanistan but also other countries in the region to establish peace, development and prosperity in the region. Yes, it can be developed further to step up the sharing of security intelligence.

What you do see resulting from the withdrawal of coalition forces from Afghanistan?

One day Afghanistan will stand on its feet. We never relied on foreign troops. Afghanistan has existed in this region for 5,000 years. We don’t want to fight. It was not Afghanistan, but war was always imposed on Afghanistan. It was Afghanistan that fought with various empires during history and pushed to the extent of showing it as the front. However, we are proud that despite invasions, the country has been independent, free from any foreign subjugation.

The withdrawal is a planned one. When 9/11 happened, no coalition force ever aimed to be there forever. We asked the coalition forces to come and help us in rebuilding institutions and then to transfer the responsibilities to the people. We successfully planned it, and the transition took place in an effective manner and foreign forces gradually lifted. We always had the capacity; however, we were on a fault (mistaken) in the assessment of threat perception. Two years back none had any idea about the emergence of Daesh, and we suffered as well. We require sustained help in Afghanistan. Therefore, the United Nations agreed to have some forces in Afghanistan to deal with the new threat we are facing.

But the solution to the Aghan problem is not through military means. We need to find a political solution.  The problem is apparent. Daesh are outsiders. No Afghani is involved in it. They are Chechens, Pakistanis, Arabs and others. They are engineering problems here. If Chechans are here, then the infrastructure and command are based in Pakistan and Uzbekistan. It is not only the problem of Afghanistan but the entire world. We are fighting with the problem (confronting) the entire world. We need help from the world. Daesh is fighting at the Afghan border to move forward. If they move forward from there, they will further extend to Central Asia, Russia and India and whereever they wish.

The enemy is to be fought collectively with the help of everyone. Yes, withdrawal is taking place. However, we have a BSA (Border Security Agreement) with the US, and the forces will stay with us. As the impediments are external, therefore, actions should be on who are helping them and sources of the problem.

We should be stronger and have new policies. The policies that we had for the last 15 years have only complicated the situation further. Terrorism has become rather stronger during the last 15 years. It requires a bold decision. It is better if it can be resolved politically, otherwise, there should be action to find terrorists and fight those who have instigated and promoted terrorism.

First of all, Afghanistan has never compromised with its integrity. We should sit together and listen to their legitimate demands and for legitimate demands we should arrive at an appropriate and correct answer. Efforts should be from all, especially the neighbours who have double standards on terrorism. On the pretext of getting international aid, terrorism should not be supported and aided. We need clear terms.

So there should not be bad terrorism and good terrorism. Bad Taliban or good Taliban.

There should not be any distinction between good and bad terrorism. The only choice is to either bring them to the right track or fight to the last.

Afghanistan and India have people to people relations. How can they be developed further?

The relationships between the people of Afghanistan and India are closer now. They are deep and heart-to-heart relations. No spoiler can come between us. We have very long historical ties with each other. Among the 42 nations that after 2001 aided Afghanistan, India was the fifth largest donation-providing country.

However, in a survey conducted there, people preferred India as the most favourite nation. This is because of the centuries-old historical relations that our countries have developed with each other.

Let me ask a specific question. Can any country spoil the relationship between India and Afghanistan?

Never. The roots (of friendship) between India and Afghanistan are so deep that no country, no government can ever reverse it. I cannot see it happen in my lifetime at least. We have lived hundreds of years loving each other. We have fought for independence together. Do you know that when India was fighting for independence the first consulate in exile was installed in Kabul? So we are two countries bound with the same chord. No country can ever spoil the India-Afghanistan relationship.