As Long As Services Are Not Part Of The Deal, Neither RCEP Nor FTAs Are For India 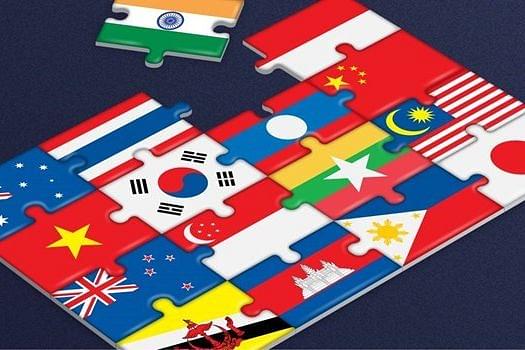 RCEP: why India decided to opt out

Almost exactly one year after India chose to opt out of the Regional Comprehensive Economic Partnership (RCEP), the 15-nation free Asian trade organisation signed itself into reality yesterday (15 November). RCEP has left the doors open for India to reconsider its decision at a later stage.

The reason why everyone wants India to join varies. The Chinese see RCEP as a Trojan horse for entry into the Indian market in case the direct trade deficit balloons out of control and India starts erecting barriers to imports – as it is doing now.

The other 14 want India in because they want a counterweight to China. Currently, RCEP is nothing but a Chinese club, with 14 unequal partners whose collective weight will not be enough to counter Chinese hegemony in the organisation.

India’s decision to opt out was well thought out for two reasons: One, the treaty is discriminatory in the sense that it privileges merchandise trade over services, which is where India has competitive capabilities. Two, India has simply not benefited from any free trade treaties so far, again because they tend to be goods weighted. Till we achieve greater manufacturing scale and cost competitiveness in goods, and till services get due recognition in trade treaties, we are better off outside free trade zones. We should pick and choose our deals.

There are two good reasons why India need not consider becoming a full-fledged member of the RCEP even after some time. This is due to geography and geopolitics.

First, even though India is geographically an Asian country, its peninsular nature has meant that it has pursued trade both westwards and eastwards throughout history. India is, civilisationally speaking, a sub-continent all by itself, and not just “south Asia”.

Second, RCEP or no RCEP, China will always view India as a threat, for its fears are civilisational in nature. India is the only civilisation as old as China, and in the ancient past the Chinese civilisation has imbibed a lot from India.

The reverse flow has never been as strong. This implies that China will fear India’s rise not only from a geopolitical viewpoint, but also in civilisational terms. The reason why both the west and China would like to reduce India to a south Asia entity is that both fear that an India that comes into its own may have a disproportionate cultural impact on their own polities.

If India is diminished, drawn and quartered and left perpetually quarrelling with its own internal demons, then Indian politics can be manipulated from outside. The short point is India is a potential cultural threat to both the western and the Asian civilisations, and this is what makes them want to keep India in its south Asian cubbyhole.

If India is to join the RCEP, it should do so on its own special terms, and as an arm’s-length partner, something like how Switzerland is part of the free trade deal with the European Union, but not a full member of the union.

Staying out and looking in is a better option for India than to be inside and feel dragged down by RCEP’s Sinic cultural and economic weight. In the foreseeable future, India will not be in a position to really be a counterweight to China except in the military sense.

India’s destiny is to plough a separate if not lonely furrow, doing deals with both east and west, on terms that may be less than full partnership, but more than full sovereignty.

India is one country that is truly in a category by itself. We cannot be either west or east, we are India.