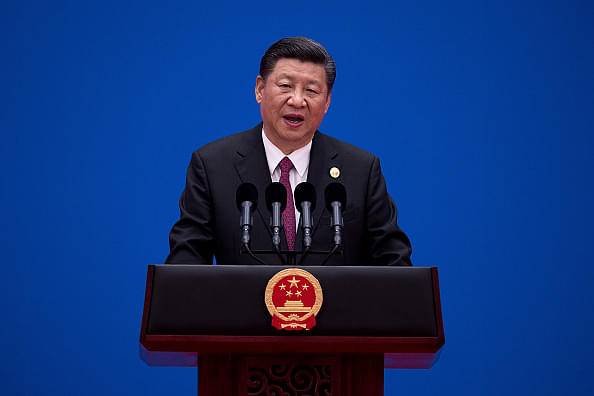 The UN Security Council’s decision to designate Masood Azhar as a global terrorist will not significantly alter Pakistan’s role a global terror hub. If the past in any guide – and we have 26/11 mastermind Hafiz Saeed as Exhibit No 1 – Azhar’s Jaish-e-Mohammed will mutate into another organisation, if it has not already done so. After all, Azhar was associated with the Harkat-ul-Mujahideen before he was let off from an Indian jail in exchange for 155 hostages in a hijacked Indian plane in 1999. So, the travel ban, the funding freeze and arms embargo that comes with being branded a global terrorist will have minimal impact on Pakistani jihadis who want to organise mayhem and terrorism in India.

But we still have reason to celebrate the event for three significant reasons.

First, China had finally budged. By removing itself as the blocking force in the naming of Masood Azhar as a terrorist, the Dragon has sent a covert message to Pakistan that its protective cover is not meant for all seasons. This does not mean China will stop using Pakistan as its attack dog against India in order to keep us off balance, but it does mean that China does not have an interest in keeping the region perpetually in near-war mode. It has a stake in the region for economic reasons. If the whole of Pakistan and parts of India are destabilised by jihadis, China’s economic interests are impacted.

Second, the probable diplomatic compromise that enabled China to accept the designation of Azhar as a terrorist seems reasonable. While no Indian diplomat will formally confirm this, the narrative that accompanies the UN Security Council resolution (pursuant to resolution 1267, which deals with organisations linked to Islamic State and Al-Qaeda) does not specifically mention the Jaish’s Pulwama attacks on a CRPF convoy as the reason for listing him as a terrorist personally. National Conference leader Omar Abdullah dismissed the resolution as mere symbolism, alleging that the sacrifices of the CRPF men were “sold down the river to get a symbolic win.”

This is churlish, to say the least. For the reality is that the Security Council had, as early as on 22 February, condemned the Jaish suicide attack in no uncertain terms. The resolution, in which both Jaish and Pulwama were specifically named, read inter alia: “The members of the Security Council condemned in the strongest terms the heinous and cowardly suicide bombing in Jammu and Kashmir, which resulted in over 40 Indian paramilitary forces dead and dozens wounded on February 14, 2019, for which Jaish-e-Mohammed (JeM) has claimed responsibility.”

The point is that the UN Security Council committee that designates organisations and individuals as terrorists does so only if they are linked to ISIS or Al-Qaeda. There is not separate category for Pakistan-linked terrorist organisations. India had the option of either getting Azhar banned using his ISIS and Al-Qaeda links or hopelessly pursuing the idea of a separate listing knowing full well that China will not allow it. Ninety percent of a loaf is better than no loaf at all.

In any event, when the Jaish itself was listed as a terrorist organisation as far back as 17 October 2001, its operations in Kashmir were specifically noted under the head “Additional information” after the main narrative. That narrative held that though the Jaish was based in Peshawar and Muzaffarabad, its “members conduct terrorist activities primarily in Kashmir.” (Read here)

So, the exclusion of references to Kashmir or Pulwama is not exactly a huge concession made to the Chinese.

Third, and this is most important, the alacrity with which the US, France and Britain moved to corner China on Azhar shows that the Narendra Modi government’s anti-terror strikes inside Pakistan are making a difference to outcomes. After the attack by jihadis at Uri, the Modi government launched a “surgical strike” across the border at terrorist launchpads. And after Pulwama, he sent the Indian Air Force across the line of control to drops bombs on a Jaish camp in Balakot, in Khyber Pakhtunkhwa.

These two actions exposed the Pakistani nuclear threat as partly bluff, but, more importantly, it sent a strong message to the world, including the permanent members of the Security Council (US, UK, France, Russia and China) that an escalation into full blown war precipitated by Pakistan-based jihadi groups like Jaish cannot be good for peace. The world realised that India will not take things lying down, and that Pakistan had to be held to account if a wider conflagration was to be avoided.

In the past, only Pakistan played this card, threatening escalation if the world did not toe its line. This time Modi played the card, and the world had to take note. Even China got the message.

The Balakot gambit is beginning to pay off for India by making the world acknowledge who is the problem in this region. Even China could not pretend everything was fine. That is the big gain from Azhar’s designation as a terrorist.

We can’t lower our guard on terrorism, but the world is now sitting up and taking notice to our advantage.