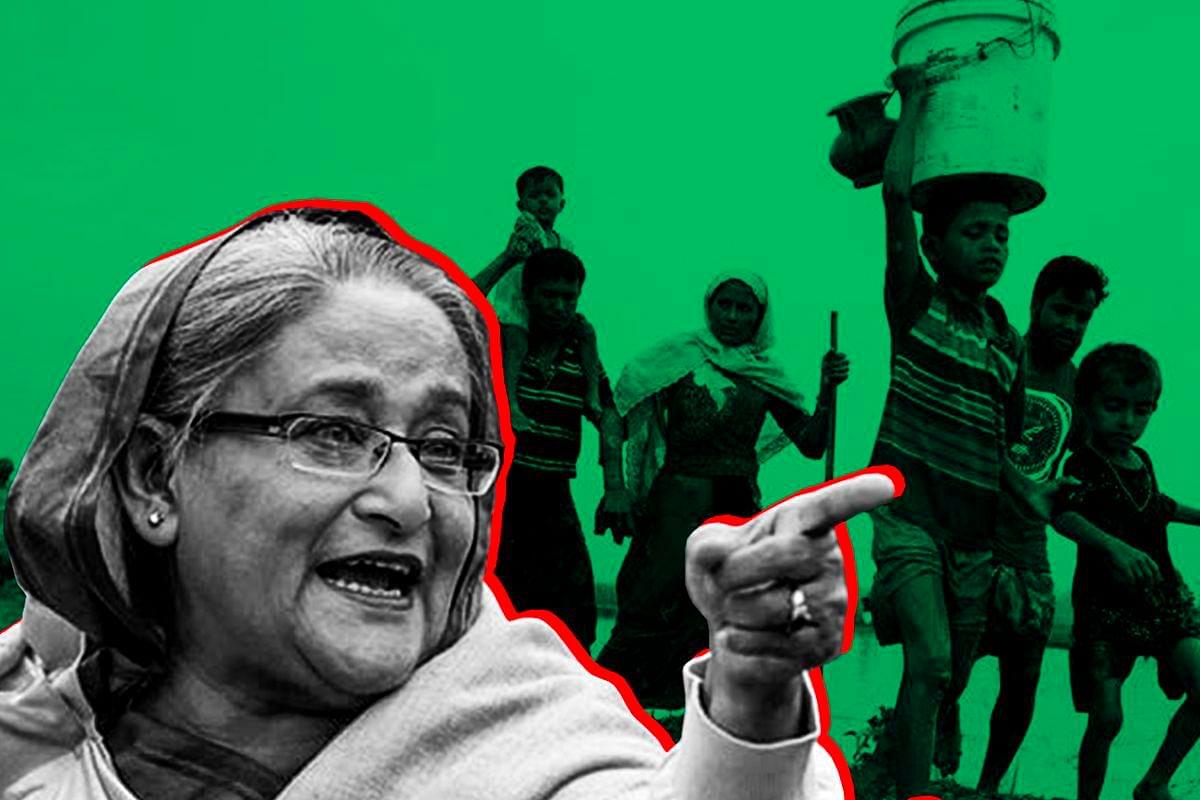 Even as it deals with multiple existing issues related to the Rohingyas who have poured into its territory from Myanmar in large numbers, Bangladesh has a new problem at hand — a population explosion among the refugees.

This report prepared by reputable global non-government organisation, Save The Children, found that nearly 76,000 children were born in the Rohingya refugee camps at Kutupalong and Nayapara at Cox’s Bazar in Bangladesh’s Chittagong province bordering Myanmar’s Rakhine state.

More than 7.5 lakh Rohingyas have taken refuge in these two camps since August 2017. That means the growth rate of the refugee population in these camps has been more than 10 per cent in under three years!

The report was released on Tuesday (25 August), the third anniversary of the launch of a crackdown on Arakan Rohingya Salvation Army (ARSA) terrorists by the Myanmar army. The ARSA had launched a series of deadly attacks on Myanmarese security forces, triggering the crackdown that resulted in an exodus of an estimated 7.5 lakh Rohingyas to Bangladesh.

The report, which is based on data from the refugee camps at Cox’s Bazar until 31 May this year, reveals that more than 9 per cent of the 8.6 lakh-odd inmates of the camps are children below three years of age!

That means all of them were born after the crackdown on ARSA and its sympathisers — a large majority of Rohingyas are said to be sympathetic towards of that terrorist group — by the Myanmarese military, better known as the ‘Tatmadaw’, in August 2017.

Most of these children were born in the densely populated refugee camps where inmates live in squalor and poverty, and lack access to proper healthcare and education.

This abnormally high growth rate has been reported not only from the Rohingya refugee camps in Bangladesh, but also 21 displacement camps housing Rohingya refugees in central Rakhine. The inmates of those camps were displaced by earlier waves of violence since 2012.

Another report by ‘Save The Children’ from Myanmar that is based on United Nations High Commissioner for Refugees data until December 2019 says that 25 per cent of the nearly 1.3 lakh inmates of those 21 camps are children below seven years of age.

All those children — 32,066 of them — were born in the displacement camps over the seven years between 2012 and 2019. That, say population experts, is an abnormally high growth rate not seen among any community, leave aside a displaced community, in the world.

A growth rate of 25 per cent in seven years (as is the case with displaced Rohingyas within Myanmar) or more than 10 per cent in three years (Rohingya refugees in Bangladesh) is abnormally high. Refugee populations around the world typically register a below average birth rate.

So what is the reason behind this abnormally high growth rate? Some experts say it is a result of radicalisation by Salafi clerics who urge them to procreate.

A large number of Rohingyas follow the regressive and puritanical Salafi (or Wahabi) school of Islam and, as a result, are highly radicalised. Salafi Islam, as has been noted widely, makes it the holy duty of all Muslims to beget as many children as they can to increase the Muslim population of the world.

But this abnormally high birth rate has sent alarm bells ringing in Bangladesh. The authorities there are fed up with rampant crimes — ranging from theft, extortion and kidnappings to contract killings and arms and drug smuggling — by the Rohingya refugees (read this and this).

Bangladesh is also alarmed by the radicalisation of the Rohingyas by Salafi preachers and the links developing gradually between the Rohingya refugees and Islamist terror outfits.

That is why Bangladesh is keen on shifting all the Rohingya refugees to an offshore island (read this) where they can be kept under strict watch and away from the influence of the Salafi clerics and criminal gangs.

Aid agencies working in the Rohingya refugee camps in Cox’s Bazar say that Islamist clerics have a vice-like grip over the inmates of the camps. Many of these clerics work through Islamist NGOs like Muslim Aid UK, Islamic Relief and Islamic Aid.

The Bangladesh government had cracked down on some of these NGOs last year, but they continue to operate with impunity because of their strong global influence and their rich and powerful patrons in the Middle East, some western countries and even Pakistan.

Bangladeshi officials say that the population explosion among the Rohingyas has emerged as a new headache for their country.

“UN agencies and western NGOs as well as aid agencies want us to decongest the two refugee camps at Cox’s Bazar and allow the establishment of more refugee camps in the mainland. They do not want us to shift the Rohingyas to the offshore Bhasan Char island,” said a senior officer in the public security division of the country’s Ministry of Home Affairs.

Bangladesh is absolutely unwilling to allow more refugee camps to house the growing numbers of Rohingyas. However, pressure from these agencies and NGOs will mount as the population of the Rohingyas increases at the present alarming rate.

Bangladesh may not be able to stave off this pressure for long, and that is why it is so keen to repatriate the refugees to Myanmar.

Bangladesh is an already overpopulated country with 1,260 people packed in every square kilometre of its territory.

Thus, the country simply does not have the space to accommodate more people.