Rohingya Refugees Have Become A Headache For Hosts Bangladesh Now 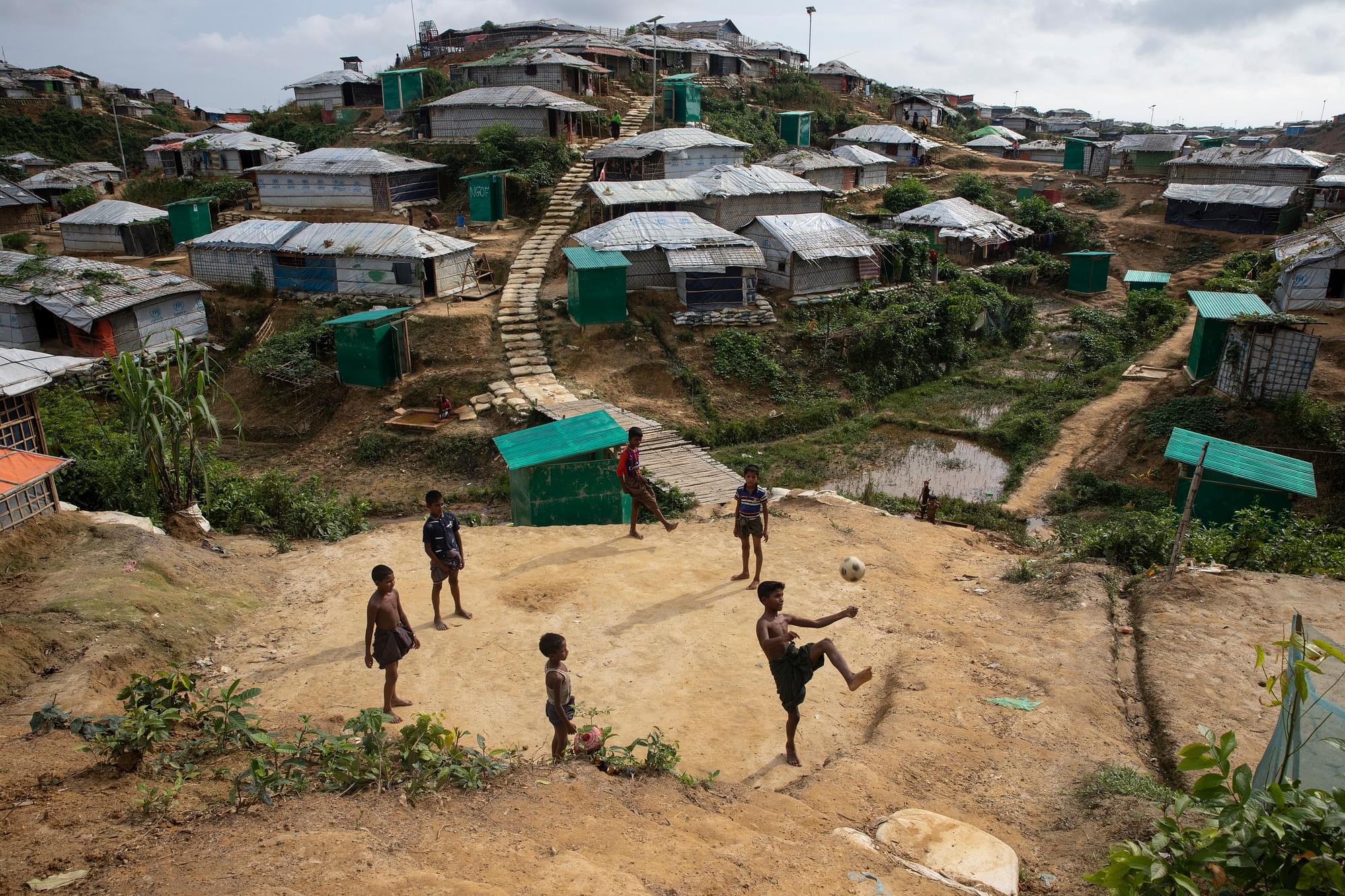 The 11 lakh Rohingyas who have taken shelter in Bangladesh have become a headache for their hosts. Apart from indulging in petty and serious crimes, these refugees have become gun-runners, drug-traffickers, human traffickers and, more alarmingly, Islamic terrorists (read this).

Such is the threat posed by the refugees to Bangladesh’s internal security that the country is raising a new battalion of its elite and anti-terrorist Rapid Action Battalion (RAB) to keep a strict watch on the refugees and crack down on the criminals and terrorists among them.

Apart from raising a battalion that will be dedicated exclusively to maintaining vigil on the Rohingyas, Bangladesh has also set up more police checkposts around the Kutapalong-Balukhali camps that house the highest concentration of Rohingya refugees.

These two camps, located next to each other in Bangladesh’s Cox’s Bazar, are said to be the largest and most densely-populated refugee camps in the world. In recent months, Bangladeshi authorities have uncovered highly alarming evidence of not only increasing radicalisation of the refugees, but their links with radical Islamist and terrorist outfits. Many Rohingyas have been recruited into such outfits.

Bangladeshi security experts say that many among the refugees have past links with the Arakan Rohingya Salvation Army (ARSA) which has carried out a series of attacks on Myanmarese security forces (including an attack last week that left 11 Myanmarese policemen dead), as well as Buddhists and Hindus in that country.

The ARSA has close links with the Taliban and with Pakistan’s Inter-Services Intelligence (ISI). Bangladesh is worried about the ISI using the Rohingyas to create trouble for the Sheikh Hasina government in Bangladesh. The country’s Counter-Terrorism and Transnational Crime (CTTC) unit’s Special Action Group uncovered a plot last month by the Jamaat-ul-Mujahideen Bangladesh (JMB) to recruit Rohingya men into its ranks.

Many, including former UN secretary general Kofi Annan had warned about the radicalisation of the Rohingyas (read this). The process of radicalisation started, in fact, in the late 1970s after the initial wave of migration of Rohingyas from Myanmar into Bangladesh.

The wealthy Saudi Arabian charity Rabitat-al-Alam-al-Islami, which also preaches Wahhabism (a regressive and radical form of Islam), set up a hospital, mosque and madrasa for the refugees at Ukhia in Cox’s Bazar. Wahhabi preachers from Saudi Arabia started going to Bangladesh and working amongst the Rohingyas, thus radicalising them.

The Rohingya refugees in Bangladesh then formed the Rohingya Solidarity Organisation (RSO), which was helped by Pakistan. The RSO set up a base in Karachi and received help from the ISI. The RSO also established links with the Hizb-e-Islami of Afghanistan and became a constituent of a network of Islamic terrorist organisations funded and supported by the ISI in south and Southeast Asia.

According to Bangladeshi intelligence reports, instructors from Afghan terror groups travelled to Ukhia to impart arms training during the rule of the Bangladesh Nationalist Party (BNP) and Bangladesh’s military dictators. The ARSA has its roots in Karachi, and its leader, Ataullah abu Ammar Junjuni (alias Hafiz Tohar), was born in Karachi and studied in a Wahhabi madrassa in Saudi Arabia.

Bangladeshi authorities are exasperated with the rising crime in Myanmar refugee camps (read this and this) despite the strict vigil maintained on them. “These people (the Rohingyas) are prone to crime. They have little morality and values and due to their desperate conditions, they don’t think twice before committing crimes. In Myanmar, too, they had been accused of many crimes, including arms and drug trafficking,” said a senior police officer in Bangladesh’s Chittagong province.

Smuggling of drugs, including the deadly yaba pills (a mix of methamphetamine and caffeine), into Bangladesh has increased phenomenally, thanks to the Rohingyas (read this, this and this). The country’s drug enforcement agencies have warned of a steep rise in use of drugs among the country’s youth. Rohingyas are also involved in smuggling of arms (read this and this) as well as human trafficking.

All this has led to a steep increase in violent crimes within and in the periphery of camps housing the Rohingyas in Cox’s Bazar. Bangladeshi authorities apprehend it is only a matter of time before the rest of the country is also caught up in these vices and violence.

Many Rohingyas have, over the years, sneaked out from the refugee camps and settled in other parts of Bangladesh under false identities. According to this report in Dhaka Tribune, an estimated 2.5 lakh Rohingyas have gone to other countries using forged Bangladeshi passports.

Two years ago, Delhi Police busted a human trafficking racket that sent Rohingyas to other countries using fake Indian passports. Many Rohingyas, who have gone abroad using fake Bangladeshi passports, have committed crimes in those countries and caused severe embarrassment to Dhaka.

The continued presence of the Rohingyas in the camps at Cox’s Bazar has started breeding resentment among the local population. Rising crimes by the Rohingyas, who have also snatched away menial jobs from the locals, is fuelling this resentment.

Their presence has also led to price rise in the local markets. The locals are also resentful of the huge amount of aid that has been pouring into the refugee camps for the Rohingyas, and feel the refugees are getting more privileges and attention than them. “The Rohingya refugees in the camps are assured of adequate food, clothing and medicines, thanks to international aid. They have to do nothing for their living while the local Bangladeshis have to toil. But still, the Rohingyas indulge in crime. So, naturally, there is growing resentment among the local Bangladeshis against the Rohingyas,” explained the Chittagong police officer.

Bangladesh, which welcomed the Rohingyas and was praised globally for providing shelter to the refugees, now finds itself saddled with a grave problem that threatens the internal and economic security of the nation.

The Rohingya issue is triggering social strife as well in Bangladesh. Perhaps to deal with this the Bangladeshi authorities have built a large settlement to house up to 1 lakh Rohingya refugees at Bhasan Char island off Cox’s Bazar. But human rights groups have vehemently opposed Bangladesh’s plans to relocate the Rohingyas to the island where it will be easier to keep strict vigil on them.

These serious problems being faced by Bangladesh due to the presence of Rohingyas on its soil ought to be an eye-opener for those in India who want to welcome these people (the Rohingyas). Posterity will surely thank the present National Democratic Alliance government for not allowing Rohingyas to come into India.