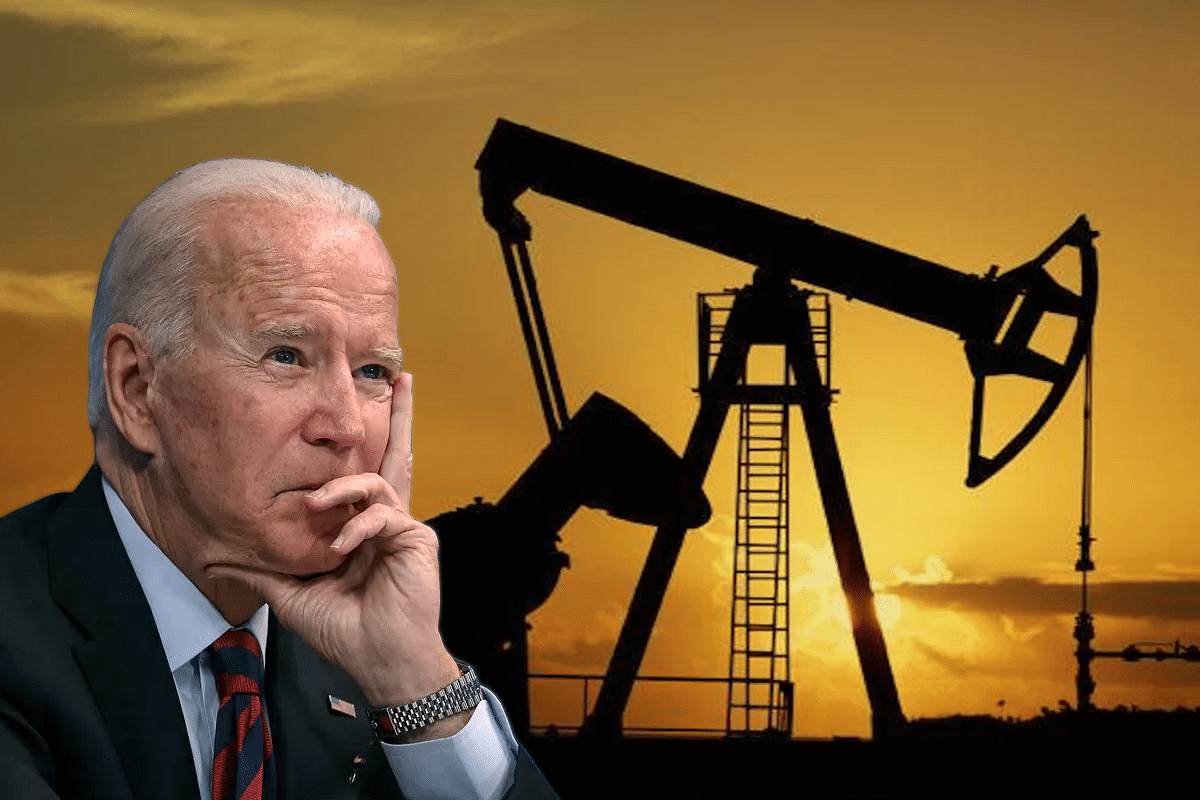 Nearly two months into the Russia-Ukraine conflict, a few matters are becoming clear.

First, America actively seeks to replace Russia as the principal supplier of Europe’s energy needs. It is the rupture of the century and will have widespread geopolitical ramifications.

Second, the only way American President Joe Biden can achieve this end is by fully and formally junking his Democratic Party’s green, anti-fracking stance, getting the oil and gas sector in the United States revving once again, and isolating Russia through a mix of sanctions and narratives.

Third, Biden needs to get the international crude oil price down to around the $70 per barrel mark within months, because America is presently reeling under unprecedented inflation. The bulk of this inflation is driven by soaring energy prices.

Fourth, Europe, too, is badly feeling the price pinch, since Russia has hiked natural gas prices greatly in recent months. This is over and above the two years of economic pain inflicted by the coronavirus epidemic, and when winter has yet to make way for spring.

Fifth, American and European sanctions on Russia aren’t really working because the West continues to purchase large volumes of energy from Russia. It is a surreal absurdity that will not pass easily, since the severe dependency of a number of these nations on Russian supplies is at an umbilical level.

Sixth, it doesn’t look like Russia will allow Ukraine to slip out of its sphere of influence, meaning that Ukraine isn’t going to be joining NATO (the North Atlantic Treaty Organization) anytime soon.

And, seventh, these myriad contradictions inherent in Europe’s energy sector means that Western sanctions on Russia are hurting the West far more deeply than they might have imagined before embarking on this course. Russia, on the other hand, is making a cool billion dollars a day through oil and gas sales.

As a result, dissonance is growing in Europe. The numerous prominent voices, which believe that this American-driven break with Russia is a bad idea, is rising slowly — as is their decibel level, and influence on public opinion. In due course, this event will have socio-economic, political, and electoral consequences in Europe and America.

For example, with less than 10 days to go for the last round of presidential elections in France, the number-two candidate, Marine Le Pen, has openly stated this week that she is against sanctioning Russian energy.

Swarajya has analysed and explained the political and energy aspects of this crisis in detail here, here, here, and here.

But the one commodity that analysts and commentators have not yet addressed in requisite detail is coal. This is because few realise that Europe is still quite dependent on Russian coal, both for heating and electricity generation from thermal plants.

These are the 2020 European coal import figures:

The table above shows that half of Europe’s coal requirements are met by Russia. The most important country in this list (which is a long one) is Germany.

Latest figures show that a quarter of Germany’s power generation is still coming from coal-based thermal power plants. This is the situation even as these countries are aggressively shifting away from fossil fuels to renewables.

So much so that in 2021, Germany bought $2.2 billion worth of coal from Russia. It is, of course, now hastily sourcing coal from other countries like Australia, South Africa, and Indonesia, but the prices will be higher, the time frames longer, and the logistics more cumbersome.

Coal only forms 6 per cent of Italy’s energy mix, but it is already planning to reopen long-closed coal mines to cover the demand gap that has been created by their sanctioning of Russian energy supplies.

The irony is that this monumental decision comes barely two months after Italy’s energy regulator, Enel, decided to shut down the 600 Mw La Spezia thermal power plant in Liguria province.

With that, a lot of the heady green talk has also gone for a toss. No wonder Greta Thunberg is rarely in the news these days.

Now, it is all very well for Western politicians to use mainstream media to promote the view that purchasing Russian oil, gas, or coal is a morally unjustifiable act, but the cost is being borne by the average citizens of Europe, and their national treasuries, because their dependency on cheap Russian energy is too entrenched to be replaced, even in a gradual manner, without severe economic pain.

Consequently, this reliance, even if eventually overcome, will, at some point, inevitably force a breach in trans-Atlantic unity simply because the disruptions, caused by their own sanctions on Russia, end up becoming both unaffordable and unbearable. How Europeans react to Biden’s gamble then, only time will tell.

This concludes the five-part series. Read the previous four parts:

Can America Really Replace Russia And Middle East As Europe's Oil Supplier? Here Are Some Numbers

Biden’s Next Gamble Part-3: Aping Trump To Save America