BSF Has A New Headache: Bangladesh’s  Border Guard Jawans Are Getting Radicalised And Refusing ‘Prasad’ 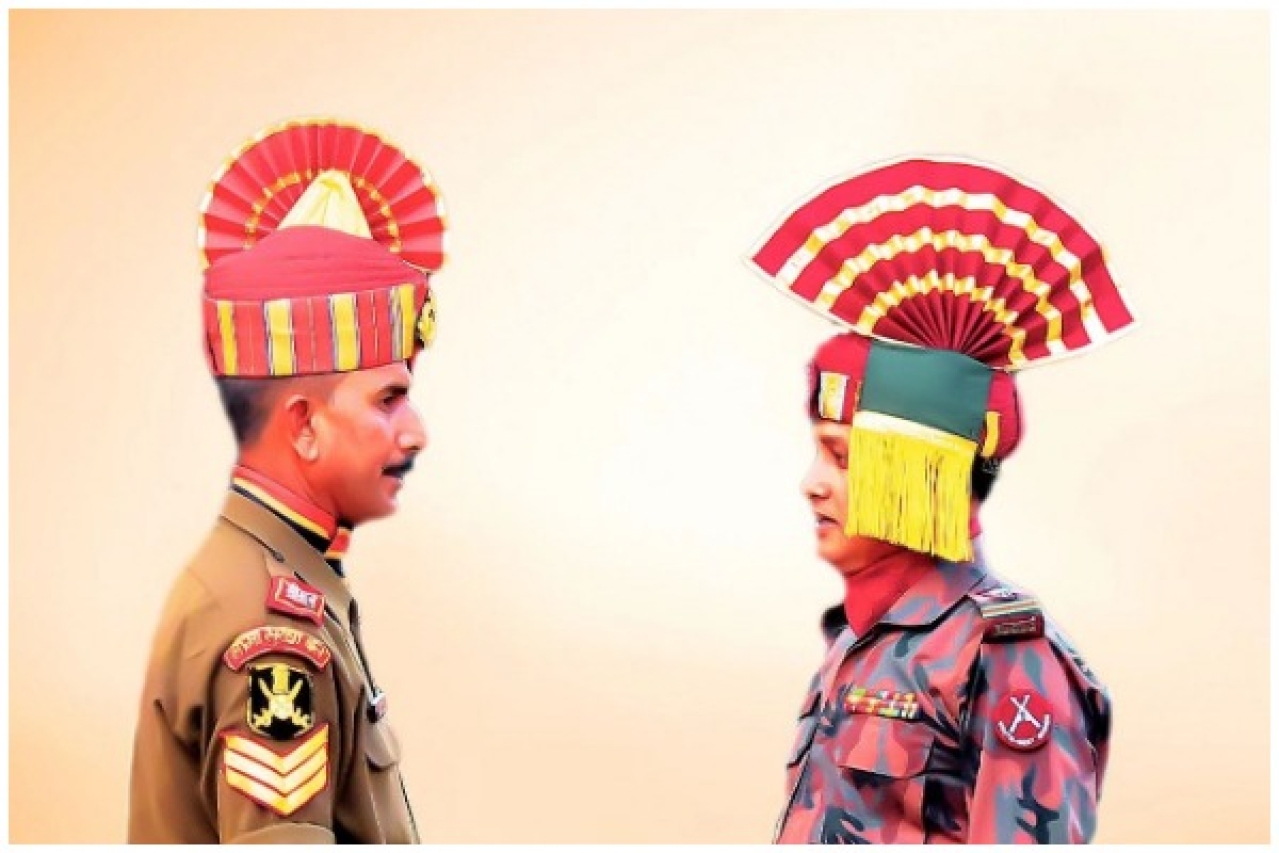 All is not quite cordial on India’s eastern front with Bangladesh. Jawans of the Border Guards Bangladesh (BGB) have, of late, started displaying increasing hostility and belligerence towards their counterparts in the Border Security Force (BSF).

The killing of a BSF head constable by BGB jawans at the international border in Bengal’s Murshidabad district on Thursday (17 October) is just an indication of this belligerence and animosity, say BSF officers posted along the border.

At the senior levels, the relationship between the border forces of the two countries is “very cordial”. “But at the ground level, at the level of the BGB jawans, lance naiks, naiks and havildars, we sense a growing hostility towards our jawans and ranks,” said a BSF deputy commandant posted at the South Bengal Frontier.

“At the officer levels, we have an excellent relationship. But I have been receiving very disturbing reports in recent years about the lower ranks of the BGB displaying unprovoked hostility and belligerence at the ground level,” said a DIG-rank officer of the BSF who is posted in North Bengal.

Other officers of the BSF that mans the 4,096-kilometer long Indo-Bangladesh border echoed him.

“There have been many incidents of unprovoked aggression by BGB jawans and lower ranks along the international border in recent years. They (the BGB) often indulge in verbal abuse and gesture aggressively towards our jawans.

“Though their senior officers always rein them in when such incidents are conveyed to them, it is impossible to document and report each and every instance of such abusive or aggressive behaviour,” said the DIG-rank officer.

BSF officers say there used to be a great deal of bonhomie between the BSF and BGB jawans in the past.

“Apart from the formal exchange of greetings, flowers and sweets by senior officers of the BSF and BGB during each others’ religious festivals and days like Independence and Republic Days, the jawans and lower ranks of the two forces posted in the BOPs (border outposts) would also informally exchange greetings and gifts. That has stopped happening in many places,” said the BSF deputy commandant.

The growing Islamisation of the lower ranks of the BGB is evident from the changes in their appearances. A growing number of them, say BSF officers, now sport Islamic-style beards (without moustaches).

They wear skull-caps, short pyjamas and long kurtas when off-duty and their vocabulary is increasingly peppered with Urdu.

A recently-retired BSF officer recounts an incident from last year. “During Diwali, we present sweets and flowers to BGB officers. Last year, after a senior BSF officer had presented boxes of sweets to his BGB counterpart in North Bengal, a BGB havildar asked one of our jawans accompanying the officer if the sweets were prasad. The BGB havildar said partaking prasad is considered haram in Islam,” he said.

It used to be a common practice for BSF jawans to informally send over khichdi (offered to deities during Pujas) to their counterparts across the border, especially along portions of the border that had not been fenced.

Similarly, BGB jawans would also send over biryani and sweets during Eid and other festivals. This has stopped in many places after BGB jawans conveyed their refusal to accept prasad.

The end of the earlier bonhomie between the lower ranks of the two forces is a cause of grave concern, say senior BSF officers. “Good relations at the ground level is very important. In the absence of that, incidents like the one that occurred last week can happen anytime.

“Islamisation and radicalisation of the lower ranks in the BGB has led to them [to] perceiving our people as kafirs. That is why they are turning so hostile and aggressive,” said the retired BSF officer.

BSF officers also report a far graver problem that they have noticed in recent times. “The Islamisation of the BGB’s lower ranks has resulted in an uptick in cross-border smuggling, especially of cattle and even human trafficking.

“Our intelligence reports indicate that radical clerics on that side of the border have started exerting a lot of influence on the lower ranks of the BGB.

“These clerics also often patronise the criminal gangs that have links on our side of the border too,” said a BSF officer who had, until a few months ago, been commanding a battalion in the South Bengal Frontier.

“Thanks to illegal migration over the decades from Bangladesh and change in the demography of most areas on the Indian side of the (Indo-Bangladesh) border, the criminals of Bangladesh have strong links with local people on our side.

“The lower ranks of the BGB, at the urging of these radical clerics, offer protection to the criminals. This has emboldened these criminals to step up their activities and even become very aggressive towards our jawans.

“There has been a spate of incidents of late of cattle smugglers and other criminals attacking, severely injuring and even killing our people. This is the direct fallout of the Islamisation of the lower ranks of the BGB, who are more under the influence of the radical clerics than their own officers now,” said the BSF officer.

This growing Islamisation of the BGB lower ranks will lead to grave consequences, warn BSF officers. “BGB jawans and lower ranks acting under the influence of radical clerics can easily turn trigger happy and aggressive and turn this tranquil border into an active and hostile one eventually,” said the BSF DIG.

The solution, he and other BSF officers say, lies in New Delhi taking up this issue with Bangladesh at the highest levels. Instructions have to be given from the top in Dhaka to the BGB top brass to start a process of de-radicalisation of the force’s lower ranks and take them out of the influence of radical clerics, said the DIG.