Can China Win The Post-Coronavirus Race For Global Economic Dominance? 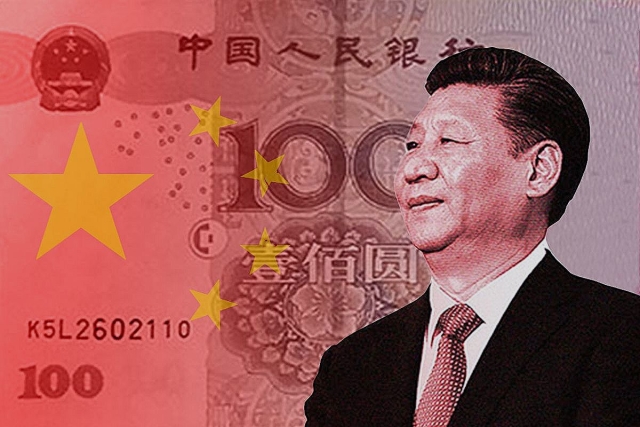 As the world is caught in the perfect storm of the Coronavirus pandemic, another war has begun for global economic dominance.

China will not let this opportunity pass by and has started moving in for the kill. It sees the Corona (read Crown) of global dominance within its grasp.

The scenario which is emerging as per a report titled “Recovering from COVID-19-Economic cases for resilient leaders” by Deloitte and Salesforce is referred to as ‘Sunrise in the East’ . The report elaborates on this scenario thus:

The global centre of power shifts decisively east as China and other East Asian nations take the reins as primary powers on the world stage and lead global coordination of the health system and other multilateral institutions.

China sees this global crisis as the perfect stage to inch ahead of the US and take the pole position.

Extent Of The Economic Crisis And Recovery

International Monetary Fund (IMF) in its latest forecast has projected a Global Gross Domestic Product (GDP) contraction of 3 per cent, by far the most since the Great Depression.

Only two economies, China and India, will remain in the positive zone with all other major economies showing a sharp decline.

Herein lies the catch: US and Eurozone’s decline in 2020 will be the sharpest at 6 per cent and 7.5 per cent respectively.

This clearly shows that China will have a clear head-start over the major economies and surely will not let this advantage fritter away.

So, the steeper decline and slow recovery for US and Eurozone will leave the game open for China.

China has been steadily increasing overseas investment and construction (under the Belt and Road Initiative) from 2005 till 2019 and this now exceeds $2 trillion.

China had also been accumulating US treasury bills (T-bills), which is now $1.3 trillion.

China’s strategic moves, as The Economist points out, will be showcasing itself as a reliable debtor, a willing creditor and a more-than-eager technology partner.

According to an article in Harvard Business Review, China, over the past two decades, has become one of the major global lenders, with outstanding debt of more than 5 per cent of global GDP.

Most of its lending is coming from official channel — government and state-owned enterprises (SOEs).

HBR Research shows that there has been systematic underreporting, which has created a “hidden debt” problem.

International agencies and debtor countries have no clue how much countries around the world owe China.

As per unofficial data, China has lent about $1.5 trillion in terms of direct loans to over 150 countries around the world.

If we believe this, then China has surpassed official lenders like the International Monetary Fund, World Bank, and all OECD countries put together.

This is all part of China’s ‘debt-trap diplomacy’.

This borders on China’s hegemonic intentions, especially via Belt and Road Initiative, where there have been infrastructure projects using Chinese contractors in strategically located developing or mineral-rich countries of Africa.

The recent global pandemic will severely impact the debt repayment capacity of the recipient countries, and this would have a deep impact on China’s overall Debt-to-GDP ratio (300 per cent), which is one of the highest in the world as per The Institute of International Finance (IIF).

China has been swarming the tech sector with furious deals by Alibaba, and Ant Financials, which are buying or investing in companies from Silicon Valley to Bangalore.

5G technology was the origin of their trade face-off with the US, when they blocked Huawei Technologies.

After the Covid-19 crisis, EU countries are also up against these companies and want them barred from making inroads into their digital infrastructure.

The US And The Rest of World Advantage

The world has been closely watching how opaque China was during the handling of the Coronavirus crisis. Almost all the countries, from Germany, France, and Japan, to the US have been clamouring for sharing of information, which was not forthcoming from an authoritarian regime.

This has been the biggest PR disaster for China, which has many countries scurrying for ring fencing of their economies from its predatory tactics.

Japanese Prime Minister Shinzo Abe was first off the block by offering $2.2 billion to Japanese companies for relocation from China, to delink from the China-centric global supply chains.

One must overlook the fact that the US still enjoys the dollar dominance in international trade. In spite of China being the second largest economy, the yuan constitutes only 2 per cent of global payments and reserves.

The US dollar is still the most preferred denomination for global reserves.

So, China may short change its way to be first in queue as economic leader post the Corona crisis. However, what is and will be crucial for the world is trust, which unfortunately, China has lost in these three months.

Geopolitics Will Decide The Winner, Not Economics

Leadership will be the key as to who will be the winner in the post-pandemic world. US and allies, mostly Europe, Japan and India, will have show a collaborative approach if they have to fight Chinese hegemony.

Make no mistake, but even the best or worst of authoritarian regimes have their brittleness.

Unfortunately, for the US, one thing that is missing is a mature leadership; you cannot fight a determined enemy by constant flip-flop diplomacy and lack of any cohesive action.

Other regime leaders, maybe from Eurozone, Japan or even Asia, will have to take a lead position and then rally others around.

Even if we assume that China will be the first off the bloc in terms of economic recovery, it should not take this as a ‘carte blanche’ to be ‘de facto’ leader of the post pandemic global order.