China, Pakistan To Trade In Yuan – What Does This Mean For India? 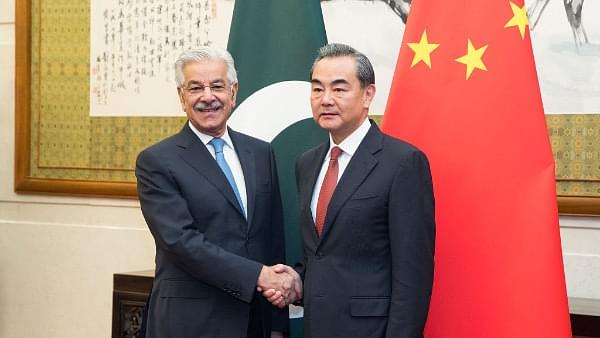 The State Bank of Pakistan (SBP), the country’s central banking authority, announced on 2 January that the country will henceforth be conducting all trade and investments with China in Chinese Yuan (CNY). This announcement came a day after the Tweet-slam by the United States (US) President Donald Trump who, in his first tweet of 2018, castigated Pakistan for its “deceit and lies” in fighting the war on terror in Afghanistan. He vowed that Pakistan will not get any aid from the US hereafter. This sent shock waves through Pakistan, forcing its prime minister to summon an emergency meeting to craft their response to the US President’s warning. Simultaneously, the US declared that it will withhold the $900 million towards the Coalition Support Fund and $255 million military assistance for 2016 to Pakistan for its “support” in fighting the war on terror.

The US proclamations were followed the very next day by a declaration by Pakistan that it had acceded to the Chinese request to conduct trade with it in the Chinese currency. Pakistan however did not agree to the Chinese desire to use CNY as legal tender in Gwadar. It was also clarified that only Pakistani rupee will be used domestically as a medium for transactions.

Some analysts have suggested that this decision by Pakistan is in direct response to the threat by the US to stop all aid flowing to it. While announcement of the decision by Pakistan might have been triggered by the US threat, it is clear that the subject was under active consideration of Pakistan authorities for some time. The decision to adopt Yuan for trade with China had been taken and announced by Pakistan more than 10 days ago. In fact, at the weekly media briefing on 21 December 2017, Pakistan’s Foreign Office spokesman stated that Pakistan and China “will actively use bilateral currencies for the settlement of bilateral trade and investment (transactions) under the relevant arrangements.’’ This implied that Pakistani and Chinese banks would be able to open import letters of credit in Pakistani rupees and CNY. Moreover, Pakistan would be able to pay for imports from China in Yuan rather than in dollars, and Chinese companies investing in China-Pakistan Economic Corridor (CPEC) projects will be able to bring in Yuan-denominated funds to Pakistan and also remit back their profits and dividends in Yuan instead of dollars or other foreign currencies.

This makes good economic sense for China and Pakistan for implementing projects under CPEC. Currently, Pakistan is struggling with its external account imbalance and by virtue of CPEC, investments and imports are growing rapidly. Trade in national currencies protects countries against “external influences” and helps to avoid risks of fluctuations in exchange rates and to reduce risks and improve efficiency of foreign exchange transactions.

This is not a purely economic decision for China. More importantly, it is a powerful strategic and political weapon and a critical move to dethrone the US dollar as the preferred and dominant global reserve currency and thus chip away at the US economic and political pre-eminence in the world. This is part of China’s strategy to assume its presumed place as a global superpower. The process commenced soon after the international economic meltdown in 2007-08. Trading in local currencies has been a constant refrain in all summits and meetings of groupings led principally by China, like Shanghai Cooperation Organization (SCO) and others.

Emboldened by its growing global economic clout and determination to make CNY a stronger international medium of exchange, China launched a pilot project in July 2009 to use Yuan for cross-border settlements.

After the Yuan attained the status of a global reserve currency – the third one after the US dollar and euro – on 30 November 2016, China sped up efforts for greater use of its currency for settling transactions with other nations.

For Pakistan, the rupee-Yuan settlement of trade with China is important because it would significantly reduce its need for US dollars. Its imports from China are just over $10 billion. Initially, even if 25 per cent of its imports from China are financed in Yuan, its dollar requirements would decline by $2.5 billion within a year. The dollar is however likely to remain the dominating medium of exchange for the foreseeable future as trade with all other partners will be conducted in US dollars.

Pakistan has been experiencing acute foreign exchange shortages. The decision to conduct trade with China, one of its largest trading partners with whom it suffers a huge adverse trade balance (imports of $10.6 billion against exports of $1.6 billion) in local currencies could go a significant way in ameliorating its forex deficits.

This decision is not likely to have any direct impact on India as the volume of trade between China and Pakistan is meagre. Indirectly however, it holds considerable significance for India. First, it brings Pakistan to a point of no return in being absorbed in the Chinese orbit. It is like crossing the Rubicon from which there will be no coming back. This move may appear to Pakistan to be beneficial in the short term to tide over its immediate economic difficulties. However, down the road, Pakistan will find itself impossible to extricate itself out of the Chinese grip. India will thus find itself face-to-face with an active Chinese presence throughout Pakistan on the north and west of its border. Chinese control of Gwadar and CPEC will significantly increase pressure on India to contend with the increasing aggressiveness and belligerence of China.

It is understood that China has already started pressurising Saudi Arabia to denominate its oil purchases in CNY. The dependence of Saudi Arabia on Chinese oil purchases has increased as they have dwarfed the US demand. Saudi Arabia may have no option but to succumb to Chinese pressure in the coming years. When this happens, the rest of the oil market could also switch over to CNY, which would spell disaster for the greenback.

At the moment, the US dollar’s share of world trade is almost 43 per cent, while yuan has less than 2 per cent. Fall of the US dollar is hence not likely to happen anytime soon. The writing is however clearly on the wall. It is incumbent upon the US and Western economies to start giving serious thought to these unfolding possibilities to stymie them as far as possible. If concerted action is not taken urgently, it might be too late. India will need to collaborate with its partners including the US, European Union, Japan, Russia, West Asia and others to diversify and reduce its dependence on Chinese imports and investment.