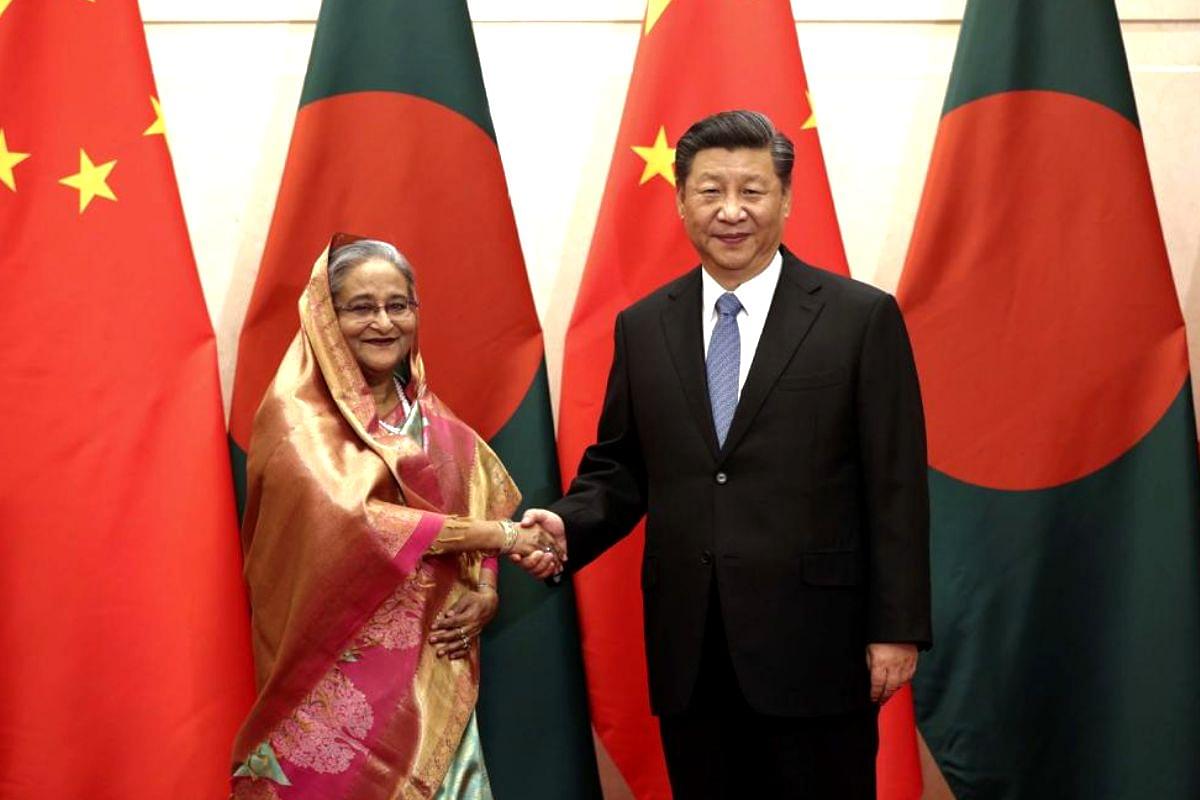 China has, once again, lectured Bangladesh on how to conduct its foreign affairs. And that has angered the south Asian nation with many in the foreign policy establishment in Dhaka, as well as netizens, lambasting this attempt by China to issue diktats to Bangladesh and act as a bully.

Jinsong reportedly spoke down to the Bangladeshi envoy. According to this handout by the Chinese Foreign Ministry, Jinsong delivered a long diatribe against US policies with regard to Asia and the Indo-Pacific.

The Chinese Foreign Ministry handout said that Jinsong told the Bangladeshi envoy that his country (Bangladesh) should “bear in mind the fundamental interest of his country and region and uphold its independence, reject Cold War mentality and bloc politics, safeguard true multilateralism and defend the hard-won environment for peace and development in the region”.

However, sources in Bangladesh’s Ministry of Foreign Affairs told Swarajya from Dhaka that Jinsong, for all practical purposes, delivered a warning to Bangladesh. Beijing feels that some in the ruling Awami League and the foreign policy establishment in Dhaka are favourably inclined towards Bangladesh associating itself with the Quad and the US-led Indo-Pacific Economic Framework (IPEF).

In effect, while warning Bangladesh against participating in any multilateral grouping that excludes China or is viewed as hostile by China, Jinsong wanted Bangladesh to become part of its triple initiatives that would draw Bangladesh, like some African nations and Sri Lanka, not only into Beijing’s exclusive sphere of influence, but also into a possible debt trap.

This, expectedly, has drawn angry and hostile reactions from Bangladesh. Serving and retired diplomats, foreign policy experts, academicians and politicians have privately condemned this bullying by China. They are unanimous in their view that Bangladesh should continue to play the fine balancing act it has played under Prime Minister Sheikh Hasina so far.

“Bangladesh has reaped the benefits of not aligning too closely with either the West or China. And Bangladesh should continue to do so. We will be guided solely by our national interests and not what another country, no matter how big or powerful, asks us to do,” a former diplomat who was posted in New Delhi told Swarajya over phone from Dhaka.

He said that this is not the first time that China has delivered such a diktat to Bangladesh. In May last year, Chinese ambassador to Bangladesh, Li Jiming, attracted a lot of flak after publicly asking his host country not to join Quad.

Jiming had said: “Obviously, it will not be a good idea for Bangladesh to participate in this small club of four because it will substantially damage our bilateral relationship”.

His statement elicited howls of protests from many in Bangladesh with even Foreign Minister AK Abdul Momen terming the statement as “very unfortunate” and “aggressive”. Momen had to remind the Chinese envoy that Bangladesh is an “independent and sovereign state” that “decides its own foreign policy”.

The retired diplomat who spoke to Swarajya said that Chinese leaders and diplomats often try to bully smaller nations and come across as supremacist and hegemonistic. “They preach against western hegemony but want to draw other countries into their vice-like grip. But there is a pushback against this and many nations, including Bangladesh, are realising China’s sinister motives. China’s ultimate goal is to make other countries its vassal states,” he said.

Incidentally, Jinsong’s virtual diktat to Bangladesh came just a couple of days before the second meeting of the US-Bangladesh High-Level Economic Consultation in Washington. In what can be read as a snub to Beijing, the Bangladeshi delegation led by Salman F Rahman (the investment advisor to Prime Minister Sheikh Hasina) asked for a detailed briefing on the Indo-Pacific Economic Framework (IPEF).

The US side, led by Under Secretary of State for economic growth, energy and environment, Jose W Fernandez, was only too happy to oblige. Fernandez and his team highlighted the benefits that will accrue to Bangladesh if it joins the IPEF.

The joint statement issued at the end of that meeting in Washington can also be read as a snub to, and a veiled criticism, of China. The joint statement said: “Both countries (USA and Bangladesh) share a common vision of a free, open, inclusive, peaceful and secure Indo-Pacific region with shared prosperity for all”.

China stands accused of hegemonistic designs in the Indo-Pacific and has often been criticised by the global community for repeatedly violating the United Nations Convention On The Law Of The Sea (UNCLOS). China has been a bully in the South China Sea and has displayed scant regard for free and open sea lanes.

The US-Bangladesh joint statement will, hence, be viewed with concern by Beijing since it amounts to an indirect criticism of China. And Beijing's efforts to dictate terms to Bangladesh would be viewed as having backfired.

In fact, it is not only with regard to Bangladesh that China’s attempts to dictate terms have backfired. After having bullied Nepal for many years and blatantly interfered in the Himalayan nation’s internal affairs, China is facing considerable pushback in that country.