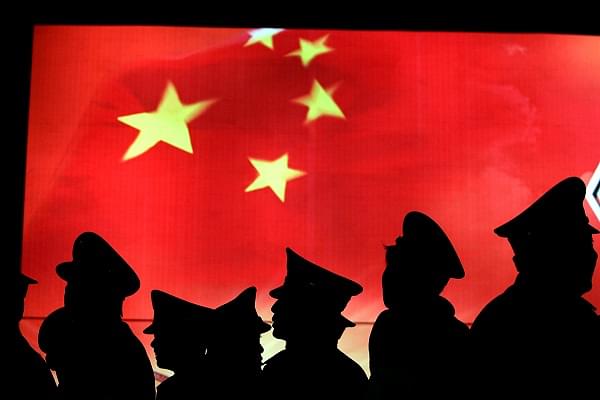 It’s Chinese crime lords, and not Myanmarese rebels as has been widely reported, who are holding 300-odd Indian techies hostage in a Chinese outpost called Shwe Kokko in Kayin province bordering Thailand.

The techies, many of them from Tamil Nadu and Kerala, were lured with promises of jobs in Thailand. But on reaching Thailand, they were surreptitiously transported to Shwe Kokko, a US $15 billion township being built by a notorious Chinese company.

Shwe Kokko, as was reported in Swarajya more than two years ago, had been built surreptitiously by China’s Yatai Group over an area of 730 square kilometres on the banks of Thaung Yin river that separates Thailand from Myanmar.

He is wanted by several countries for crimes ranging from cyber frauds and human trafficking to illegal gambling (read more about the Yatai group and Zijiang here).

News of the Indian techies being held hostage in Shwe Kokko first appeared when some Tamils among them managed to send out an SOS. Raja Subramaniam, a fisherman from Karaikalmedu in Puducherry and the father of one of the hostages, appealed to the authorities of the Union Territory to rescue his son.

Subramaniam said his son was working as a data entry operator in Dubai when he was offered a promotion and asked to shift to Thailand. He, and several others, were taken by road to Myanmar without their knowledge.

As per information gathered by Swarajya after speaking to human rights groups in Myanmar as well as activists of Aung San Suu Kyi’s National League For Democracy (NLD), nearly 300 Indians are reportedly being held hostage at Shwe Kokko.

The sprawling under-construction city is beyond the jurisdiction and control of Myanmar’s military junta and is guarded by well-armed Chinese private guards. Many of the private security guards are said to be ex-soldiers of the PLA.

Thus, despite requests from the Indian government and the information it has about Indians and other nationals being held hostage in Shwe Kokko, Myanmar’s generals have little power to rescue the hostages.

“They (the hostages) are at the mercy of their Chinese captors. Not only Indians, but also nationals from Thailand, Laos, Cambodia, Malaysia and the Philippines are being held hostage there as per our information. They are being forced into cyber crimes like financial frauds, blackmailing people, phishing and all sorts of online illegal activities,” said Juliet Maung, a prominent member of the Karen Human Rights Group.

Maung spoke to Swarajya over phone from Myawaddy, a flourishing town 20 kilometres away from Shwe Kokko.

Myawaddy is the base of the Kayin State Border Guard Force (KSBGF) (read more about the group here) and a major trading post for Myanmar’s famed gems.

Shwe Kokko was originally envisaged as a small upmarket resort with 60-odd villas spread over 25 acres of land to be built with an investment of US $22.5 million. Myanmar’s federal government, then run by the NLD, gave permission in mid-2018 for the project to Myanmar Yatai International Holding Group Ltd, a joint venture between the Yatai group and KSBGF.

But that permission was post-facto, that is, granted after construction had already started a year earlier in 2017. And soon after receiving the federal government’s approval, the Chinese builder and his Kayin partner--Colonel Saw Chit Thu (head of the KSBGF)-- started grabbing lands from poor Karen folks to build condominiums, casinos, shopping malls, a huge 1200-room hotel and even an airport.

The project was halted by the NLD government in late 2019 and a probe ordered into the activities of the Myanmar Yatai International Holding Group. But that got nowhere as the entire probe was headed by a senior officer of the Tatmadaw (Myanmar’s military) which had not only blessed the project, but had also invested in it.

After last year’s coup by the Tatmadaw, the project started moving with renewed vigour (read this). Shi Zhijiang’s recent arrest also had no impact on the project (read this). While construction is on at a frenetic pace, Chinese telecom companies have installed high-speed internet connections at Shwe Kokko, which strictly remains out-of-bounds for locals.

A few thousand Chinese stay in Shwe Kokko and are suspected to be working in cyber firms engaged in shady work. Shwe Kokko, say Western agencies, is set to become a hub of the Chinese darknet and cyber crimes and cyber attacks.

As per accounts of the Indians being held captive at Shwe Kokko, their Chinese captors have been forcing them into cyber crimes and refusals are met with beatings and other brutalities. Many have been administered electric shocks, kept for days without food and tortured into submission.

The captives have said that they cannot flee because armed Chinese guards keep vigil round-the-clock and attempts by some to escape have met with brutal punishments. The captives from India, as well as the other countries, are being kept in terrible conditions. Their living quarters are squalid, most of the food inedible and no medical facilities are available. They are made to work 16 hours a day, sleep on the floor and made to use open toilets and showers.

But, she added, the Tatmadaw forces will not want to take any unilateral action and jeopardise not only their investments in the city, but also their ties with the Chinese.

For Beijing, the surreptitious operations including cyber crimes and cyber attacks emanating from Shwe Kokko are convenient because of the principle of ‘plausible deniability’. Beijing can claim that it has no hand in crimes being committed in another country.

A top official in India’s Ministry of External Affairs (MEA) told Swarajya that 32 Indian captives were rescued from Shwe Kokko two days ago. “Our missions in Myanmar and Thailand established contact with the local authorities through intermediaries and managed to get 32 men out of captivity. We are hopeful of rescuing the remaining also soon,” said the officer.

The senior officer refused to provide details of the whole operation on the ground that it was very sensitive and any disclosure would hamper further rescue operations.

The MEA has also put out an alert asking job-seekers to beware of shady recruiters who promise lucrative assignments in Thailand.