Did Barack Obama Kick Off The Democratic Campaign For November By Justifying Riots? 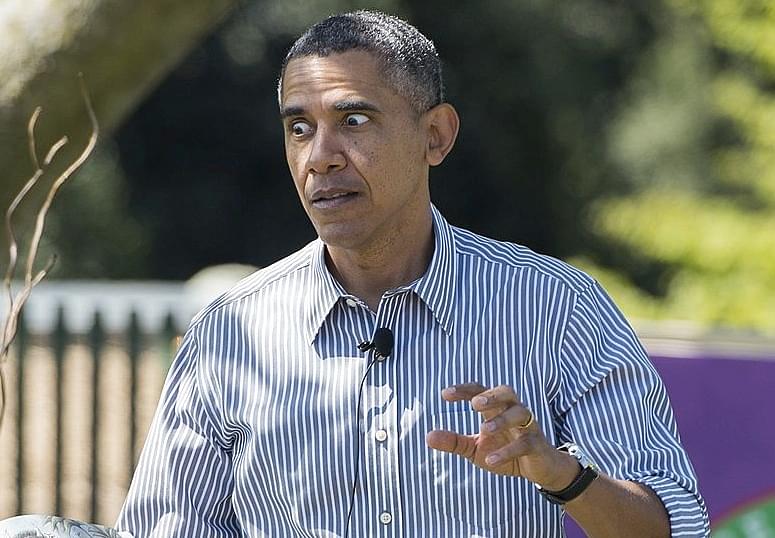 The American presidential elections are now well and truly on.

It may not seem that way, with the Wuhan virus pandemic still infecting millions there, but it is, and the first stump speech of the 2020 campaign season was delivered by none other than former president Barack Obama.

It was a master class in neo-Liberalism, directed at the Democratic Party’s votebanks with eloquent rhetoric, and meant to bolster support for Joe Biden — a former Vice President under Obama, and the Democrats’ chosen counter to sitting Republican president Donald Trump.

On the face of it, Obama’s online address was primarily meant as a palliative response to the race riots presently rocking America, following the custodial death of a black person named George Floyd.

Agitations by the black community against police brutality have, however, swiftly degenerated into large, wild, roving bands of different races, who roam the city streets looting designer stores, vandalising public property, indulging in random arson, and agitating violently against the law enforcement machinery.

In light of such events, one thought that healing words from a man of Obama’s stature might help calm tempers, provide some perspective, and aid in bringing the violence under control.

At the very least, you’d think that a voice of reason might have dissuaded mobs from breaking the law so forcefully, that the US Army had to be called out in aid to the civil, for the first time since World War II.

But unbelievably, instead of condemning the rioters, Obama chose instead to adopt a high, moralistic position, and view the violence as a time for change.

Where one would have expected stern words of wisdom from a former President, about the importance of upholding the law, or, about the utter unacceptability of citizens ever taking the law into their own hands, what Obama did instead, was to empathetically try and normalise the events.

To Obama, the recent riots communicated a sense of urgency ‘for change’; apparently, he now understood that ‘your lives matter’; and by his teleology (the study of causes), the ‘events’ (as he referred repeatedly to the riots with ironic euphemism) were a sum of age-old structural problems like slavery and institutionalised racism.

It was a masterful inversion of chronology, as if the forces which propelled these ‘events’ had not existed, or had not manifested themselves, to the time when he demitted office as president less than four short years ago.

Strikingly, not once in his address did Obama ask the rioters to repent for their acts. There was not one word of condemnation from a man who had once been president. At no point did he state in unambiguous terms, that the rioters were utterly wrong to have acted the way they did, or, that that they deserved full punishment under the law for their crimes.

Instead, he actually called upon the American law enforcement community be a part of the change needed, to show restraint, to engage, to listen, and to stand alongside those who were outraging.

Because in Obama’s dictionary, these ‘events’ were better described as ‘civil disobedience’, rather than by pejorative descriptors like ‘riots’.

Read that again if you are reeling in shock, then watch his online address, and ask Obama two simple questions: how exactly does a police officer stand quietly alongside rioters who are pelting him with stones?

What sort of restraint is a police officer supposed to display, while standing beside an arsonist who is burning down a church (as a mob in Washington DC did, right in front of the White House)?

But being a seasoned politician, Obama deftly managed to rise above such irksome queries, to address his target audience, ‘for change’: blacks, other people of colour (meaning Hispanics and Asians), feminists, greens (environment activists of the Greta Thunberg variety), and the LGBTQ community.

In effect, those electorally decisive many, who are not white, Anglo-Saxon Protestants.

And what was his grand solution?

That people had to vote in change, as a commitment to American ideals.

It didn’t seem to matter that by Obama’s own lengthy admission, the solution to the current problem lay not at the central, Federal, level of governance, but contradictorily, at that of the local officials in towns and districts.

No, but you still had to come together now and vote for ‘change’.

Unfortunately, this was a grave mistake, because in his sanctimoniousness, Obama unwittingly revealed both his mind and the Democrats’ campaign strategy — especially when, in a telling Freudian slip, he said ‘activists’ instead of ‘citizens’ before correcting himself.

Although he promptly rectified his error, that momentary display of Obama’s subconscious thought process was not a pretty sight.

His invocation to ‘the oppressed’, to come together and create a necessary change, was then a rallying cry; a call to arms (ironically, quite literally).

For good effect, he even managed to somehow add skin colour to the pandemic.

That is why it is not surprising to find CNN news anchors like Chris Cuomo and Sara Sidner openly justifying riots, or Democratic Party members paying for rioters’ bail fees. This is because they don’t see rioters as rioters, but as voters.

Now, while it is perfectly legal for Obama to bolster his party’s campaign, it must be asked: does he really expect America to live up to its highest ideals by ignoring the rule of law?

Can he get away without condemning the recent violence, and genteelly refer to rioters as simply ‘young people’ who were ‘galvanised, activated, motivated, and mobilised’?

Has he not seen the multiple video clips of people giving money to rioters?

Can he deny an element of organisation to the violence and arson that is taking place in America?

How can riots give him hope (he carefully calls them ‘events’ in his address), or vandalism and looting qualify as optimism?

And why did he end by thanking young people for helping bring about this moment?

Who ever heard of rioters being thanked?

That is why, try as he may, this is one corner Obama will fail to talk his way out of; reason being that this is not philosophy, but rank corralling of the identity vote, at the onset of election season.

What’s worse, the absence of remorse in his address is truly disquieting.

The message seems to be that ‘your lives matter’, but law enforcement doesn’t.

In the process, Obama has now demonstrated that no matter how sharp the cut of your suit, no matter how sophisticated your rhetoric, what lies beneath such polished veneer is the opposite: a Democratic Party presidential campaign sorely lacking in leadership or policies, as a result of which, an atavistic survival instinct reduces it via desperation, to an odious agglomeration of failing, vote-grubbing political schemers with no respect for morals.

The similarities with ‘secular’ parties in India, who too, have long sought to divide society (and votes) along communal lines, thus appear starker than before.

In conclusion, then, if America is indeed to live up to those high ideals which Obama spoke so passionately about, a starting point would have to be the marginalisation of precisely that identity vote-bank politics which he espouses.

The reason being, that if this is the extent of racial tenor which underlies a campaign, then a successful candidate would be both a product, and a prisoner, of those lobbies which comprise the crucial swing vote.

That’s not good for America, or the world, because in that case, the political views of those lesser entities would have a disproportionately heavy influence on the decisions, and ethics, of a president who wins an election by such means.

So, for all the hypnotic, honey-tongued mesmerism Obama and the Democratic Party may command, they must remember one truth: no responsible politician has the moral right to justify mob violence — especially in the name of votes.

The implications of such politicking on the world and India will be covered in a following piece.