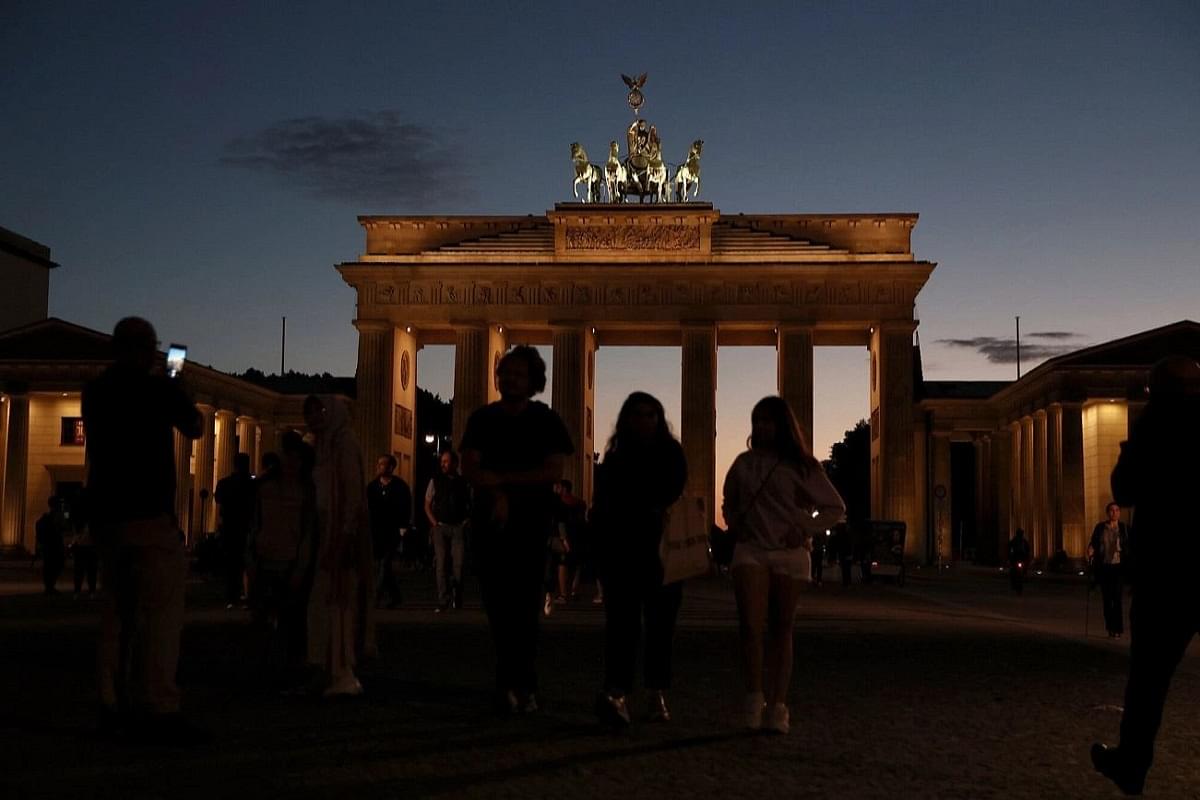 The Brandenburg Gate in Berlin.

The Russo-Ukrainian war has unravelled a series of crises. The consequences of the war have hit Europe the hardest.

Europe is witnessing high inflation rates and pronounced jump in energy prices, at a time when it is already staring at a recession.

The fallout from the war has led to a situation where many believe that Europe is facing its largest economic and financial crises in decades.

According to some analysts, real incomes and living standards are already witnessing a decline.

Many countries in Europe, such as Germany, the region's largest economy, have been for decades, dependent on convenient Russian energy.

Natural gas prices have witnessed an eightfold increase since the war began.

Industries and life in general, is at a fundamental level, dependent on energy.

Energy, food and water are the three things that should matter to national governments the most. These are three pillars on which a cohesive society, ie, a nation is built. When one of these wobbles, social cohesiveness starts to unravel.

Germany witnessed large protests as common people came out in droves to express their disappointment over the government's failure to control energy prices.

In Czech Republic, 70,000 protesters gathered in Prague to demonstrate against soaring energy bills.

Due to Europe's reliance on convenient Russian energy, it now finds itself in a position where energy can be used as a leverage to make it suffer.

These price rises pose a historical risk to Europe's social cohesion, industrial might and living standards.

Plans are already being drawn up for factory closures, rolling blackouts and energy rationing. These plans will be implemented if Europe faces a severe shortage this winter.

Economically vulnerable people, who spend most of their income on food and energy, are being hit the hardest.

In Europe, after the news of Gazprom, Russia’s state-owned energy company, broke — that it would not resume the flow of natural gas through its Nord Stream 1 pipeline until Europe lifted Ukraine-related sanctions, the level of anxiety heightened.

According to Rystad Energy's analysis, quoted in a NYTimes report, "daily average electricity prices in Western Europe have reached record levels... surging past 600 euros ($599) per megawatt-hour in Germany and €700 in France, with peak-hour rates as high as €1,500."

As per the NYTimes report, the French, Finnish and German governments have already intervened to save their domestic power companies from bankruptcy.

Despite government's attempts, Uniper, which is based in Germany and one of Europe’s largest natural gas buyers and suppliers, stated last week that they are losing more than €100 million a day, as a result of the rise in prices.

If energy prices remain where they are now, it would simply not be possible to produce the steel, lumber, microchips, glass, cotton, plastic, chemicals and electricity that go into making the food, home heat, garage doors, tampons, bicycles, baby formula, wine glasses and other items that consumers demand.

"The European Commission, which has scheduled an emergency meeting of energy ministers for Friday, is calling for a cap on wholesale gas prices and an overhaul of how electricity is priced. And in recent days, Germany, Sweden, France and Britain all announced sweeping billion-dollar relief programs to ease the strain on households and businesses, along with rationing and conservation plans," read the Times report.

Worries and concerns about the high debt, made the International Monetary Fund, issue a proposal. The aim of the proposal was to reform the European Union’s framework for government public spending and deficits.

Moreover, the price caps aren't necessarily a good idea. Whilst price caps would offer relief to households and businesses, the price caps might end up stopping people from reducing their energy consumption, which has to be the main goal in the continent reeling from an energy crisis.

It might give Europeans an artificial sense of security and abundance whereas in reality, the opposite is the case. It would be better for European citizens to come to terms with what is happening, instead of being sheltered from it, by their governments.

“I think we’re living through the biggest development disaster in history, with more people being pushed more quickly into dire poverty than has every happened before,” said Ian Goldin, a professor of globalisation and development at Oxford University.