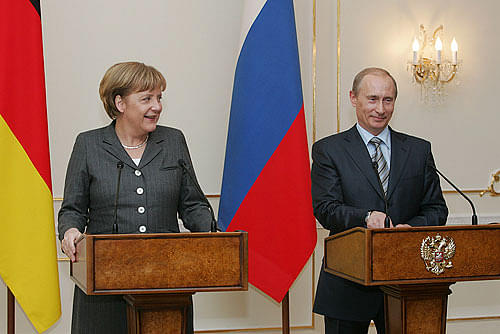 The situation is Ukraine is fragile, and the future of US-EU-Russia relation depends on what happens from here on

The EU has made a significant strategic mistake vis-à-vis Ukraine. Poor foresight before the crisis broke out, and inept handling after it began, has led to a situation that is bound to destabilize the European heartland. There are no good options left even if the ceasefire of Feb. 12 holds and the bloodletting stops completely in the weeks ahead. The following realities appear to have escaped those who are formulating European policy on Ukraine (if there is indeed such a group):

1. For the past decade at least, the American and European posture on Ukraine has seemed deliberately aimed at weakening the Russian strategic disposition on the Eurasian landmass. Big power manoeuvering in Ukraine has been evident since the end of the Cold War, initially as faint signals but then unmistakably gathering amplitude. To suggest that NATO and EU overtures to Ukraine would not get the already wary Russians to flex their sword-arm was disingenuous, and foolhardy, as is now clear.

An amateur reading of Ukraine’s recent history could and would have predicted that outcome. (Consider how the US might view a Russian proposal for economic integration and military association with a Canada hypothetically weakened by inept leadership). The initial Russian response could have demonstrated greater finesse, which may have placed them (possibly) in a better position than they are now economically. But to assume Moscow would just let Ukraine slip out of its sphere of influence without any sort of protest is just plain silly.

2. The US-EU posture on Ukraine appears to be a case of the remnants of the Cold War bureaucracy giving a last push against its old enemy – a reviving Russia, where they say Vladimir Putin harbours ambitions of recovering in some sense the former Soviet empire. Hard to see any concrete evidence of this apart from attempts to test Russian mettle being decisively repulsed in Georgia, or even Chechnya.

In the US, the political opponents of the Obama administration latched onto the Ukraine gambit as a win-win: either they push Obama into a politically debilitating European embarrassment, or they have a stick to beat him with after the Russians reaction. So far it’s the latter. In short, there have been a series of irresponsible actions and decisions driven at least partly by purely domestic political considerations in the US.

3. Some EU members chose to go along with this Washington-driven Ukraine policy, while others guardedly supported it and still do. The European position on Ukraine can be viewed as a series of concentric circles with the innermost consisting of Britain, Poland, and a couple of pliable Baltic states including especially Estonia. The next circle comprises a vacillating Germany, France and to some extent the Scandinavians, particularly Sweden, and a cautiously hedging Holland.

The outer circles, with nuanced and subtly differentiated positions, comprise what we can refer to for all practical purposes today as the “irrelevant EU” (Spain, Italy, Hungary, Ireland, Portugal, Greece, etc) – because their opinions on the matter are not taken seriously into consideration. Not surprisingly, perhaps, the strongest opposition to a hard line on Russia comes from this group; Italy, Hungary and Greece are notable. There is neither a coherent EU position on the situation, nor is one likely to materialize anytime soon. And that is not good for the EU, which is being gradually destabilised by social and economic uncertainties.

4. The developments surrounding the crisis in Ukraine will erode US-EU cohesion and further undermine NATO. It is clear that Ukraine is not as immediate an issue for the US as it is for, say, Germany or Poland, or of course Ukraine. For its part, Britain has quite faithfully played the second fiddle as usual, but with not with the usual foot-stomping vigour. Germany and France are making a show of leading the EU, but are still playing at least partly to a collective US-EU-NATO script. It is not clear whether they have gone off script with the Feb. 12 ceasefire deal. Importantly, EU governments and the US too, for that matter, are not getting quite the blanket support from their publics over their position on Ukraine.

Experts, diplomats and intellectuals in Germany, the US, and Britain have pointed out the folly of antagonizing Moscow over Ukraine. They are pointing out that Russia is not the Soviet Union of old, that it has legitimate concerns on the ground, and that the Ukrainian government itself is not exactly the hapless victim. Then there’s the delicate question of who else can supply gas reliably and predictably in the quantities that Europe needs it. US-EU-NATO proclamations about reality, intentions and motives are no longer taken at face value by even their own populations.

5. The Ukrainian political class has definitely not helped themselves or their country. The Maidan protesters did not have the patience to wait for a few more months and carry out a normal democratic election campaign and choose their leaders. Murder and mayhem was the preferred option, with all sorts of elements involved – resulting in a confused, incompetent and universally disliked president Viktor Yanukovych scrambling to Russia, where he is held in contempt.

When the Ukrainians did get the chance to elect new leaders, they chose the Chocolate King and the Rabbit (President Petro Poroshenko owns a chocolate empire, and Prime Minister Arseniy Yatsenyuk is referred to as “rabbit” among many ordinary Ukrainians). Poroshenko seems like a man from another time, an old-style apparatchik at heart who is not quite sure what to do without politburo guidance, and has thus descended into farcically waving Russian passports and other documents at press conferences. As for Premier Yatsenyuk, anyone who observes this gentleman for a respectable length of time (there are plenty of interviews online) will almost certainly come away with a sense that he is considerably out of touch with reality.

So what next? How will this ongoing catastrophe unfold? There are two broad outcomes possible: (1) There will be a ceasefire and the status quo ante may be restored (minus Crimea) on the Russo-Ukrainian border – keeping in mind there’s no formally demarcated border between the two countries; and (2) The fighting will continue without major escalation, and Ukraine will remaining a festering sore in the European heartland – a sort of perennially unstable “Eurghanistan” acting as a sinkhole for all manner of malcontents, neo-Nazis, etc., who will spill in and out of the area.

If the first possibility occurs, as it seems to have with the ceasefire of Feb. 12, then it is a clear victory for Moscow, and the best possible outcome under current circumstances for the EU. It may freeze things on the ground, but the government in Kiev will face a great deal of local pressure, and could collapse. Still, developments can take a democratic course and stabilize. Perhaps a future Kiev government can use common sense as a basis on which to make foreign and economic policies. For the EU, it will be the clearest possible sign that the Cold War is indeed over, and that the time has come to truly treat Russia as a partner, not a pariah. For the US, it will be a very significant wake-up call. Its moral credibility is eroding fast as a result of its own actions, and even allies are no longer entirely comfortable with the way it is behaving. The special relationship between the US and its NATO partners across the Atlantic may never get back to what it used to be.

The second possibility will come into play if the ceasefire collapses, as well it might. There are all manner of militia fighters and other adventurers on the Ukrainian government’s side, while those on the pro-Russian side are not the type to take things lying down. If fighting resumes, the situation will rapidly deteriorate, but the ceasefire just reached has shown that it will not be allowed to escalate beyond a point. Then the prospects are for an enduring low-intensity conflict which will turn parts of eastern Ukraine into a post-apocalyptic wasteland. For the EU, this is going to be the equivalent of an infected wound that cannot be treated – with implications that are predictable.

The rest of the world can only hope that the ceasefire holds, that some semblance of real democracy returns to Ukraine, and that the key EU powers work to ensure that the countries in the region, including Russia, feel safe within their boundaries.  In any event, it is indisputable that the European security environment has taken a turn for the worse. A rollback will require cautious and patient diplomacy which the bloc may not be able to manage, given equally pressing economic and social challenges.