Explained: In Modi's Birthday Call To The Dalai Lama, A Message To China 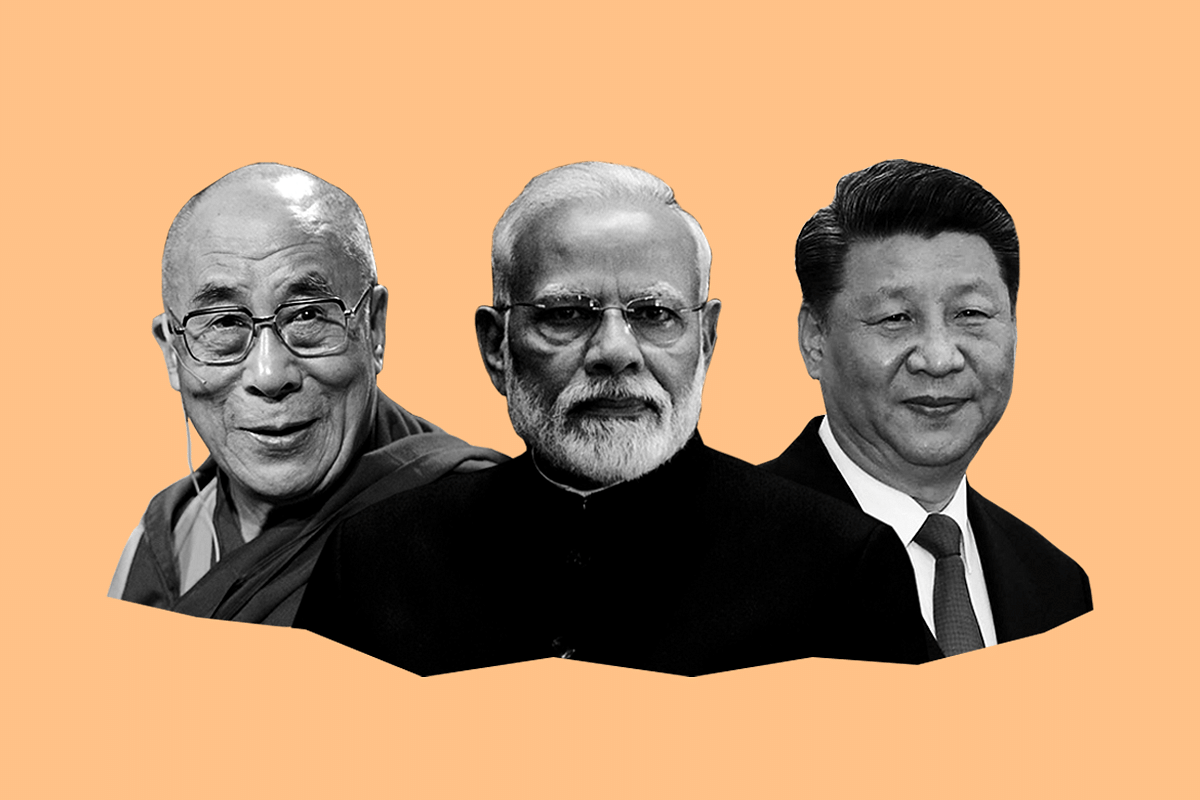 On the intervening night of 29 and 30 August last year, the Indian Army, aided by soldiers from a unit of the Special Frontier Force (SFF) manned by volunteers from the Tibetan refugee community in India, captured heights of the Kailash Range, south of Pangong Tso in eastern Ladakh.

The operation not only preempted China in capturing these tactically important heights and brought it to the negotiating table, but also sent a message to China with the deployment of Tibetan soldiers.

Tenzin Nyima, a Tibetan soldier, who was a part of the operation, died in a mine blast. His funeral, complete with military honours, including the firing of a volley of shots by ceremonial guard, was perhaps the first public acknowledgement by India of the force. Flags of independent Tibet were displayed alongside the Indian national flag during his funeral in Leh, in presence of Bharatiya Janata Party (BJP) leader Ram Madhav.

The message had been received. In the negotiations that followed in Chushul and Moldo, the People's Liberation Army demanded that India remove the SFF unit from Eastern Ladakh.

Prime Minister Narendra Modi's call to Tibetan spiritual leader Dalai Lama on his birthday is a reiteration of this message.

During talks with China following the military standoff in Bhutan's Doklam, including informal summits between Modi and Chinese President Xi Jinping, India had toned down its public engagements with the Dalai Lama and the Tibetan government in exile in Dharamshala.

In 2018, media reports said Cabinet Secretary P K Sinha had written to senior political leaders and government officials, advising them to avoid Tibet-related events in India. The high-profile events marking the 60th anniversary of the Dalai Lama’s arrival in India, which were to take place in Delhi, were either cancelled or shifted to Dharamshala soon after.

Although some Congress and BJP leaders, including the then Minister of State for Culture Mahesh Sharma attended the events in Dharamshala, the government was circumspect about public contact with the Dalai Lama as the dialogue with Beijing to arrest the slide in ties after the Doklam standoff was ongoing.

This was a significant departure from the past. In 2014, the Tibetan Sikyong— the president of the Tibetan government-in-exile — was invited to the Prime Minister’s inauguration.

In 2016, the Dalai Lama was invited to the Rashtrapati Bhavan, and was allowed to visit Tawang in 2017, just months before the Doklam standoff.

In the middle of the Doklam standoff in July 2017, India had allowed Lobsang Sangay, the then Tibetan Sikyong, to unfurl a Tibetan flag near Pangong Tso.

Modi's birthday call to the Dalai Lama should be seen in this context.

For the Chinese Communist Party (CCP), controlling the selection of the next Dalai Lama is critical for the sinicisation of Tibetan Buddhism. The project to sinicise Tibetan Buddhism has consistently received attention from the top echelons of the party, including President Xi.

China fears the Dalai Lama may ordain his successor outside Tibet — within the Tibetan community in India, perhaps at Tawang in Arunachal.

Tawang was the birthplace of the sixth Dalai Lama and hosts Galden Namgey Lhatse (also called Tawang Monastery), the second largest monastery of Tibetan Buddhism in the world, largest being the Potala Palace in Lhasa. It was built on the wishes of the fifth Dalai Lama.

Till 2003, the Dalai Lama said Tawang was Tibetan. His position on the issue has changed since then, and he now says the town is part of India.

China believes it has the authority to appoint the Dalai Lama's successor.

If the Dalai Lama finds a successor outside Tibet, the successor that the CCP may appoint (as it did in the case of the Panchen Lama) will not enjoy legitimacy and the spiritual authority required to exercise effective influence in Tibet.

It is because of this fear that China insistently hammers its claim to Tawang, going back from its offer of concessions in the east, where it lays claims to Arunachal Pradesh, in exchange for India dropping its claim on Aksai Chin and parts of eastern Ladakh in the west.

Of late, Beijing has been demanding territorial concessions in Arunachal Pradesh. Dai Bingguo, who served as China’s Special Representative on the boundary issue between 2003 and 2013, has suggested that the border dispute could be resolved if New Delhi accepts Beijing’s claim over Tawang.

"If the Indian side takes care of China's concerns in the eastern sector of their border," Dai said in 2017, adding, "the Chinese side will respond accordingly and address India's concerns elsewhere."

Although India has not been involved in the issue of the Dalai Lama's reincarnation — not publicly at least, reports say there have been some discussions in the national security bodies and the Prime Minister's Office.

"From January through March", despite tensions in Ladakh, "India convened five separate assemblies of monks from various sects in the region the first time such gatherings have taken place in more than 2,000 years. The government hopes that this group will grant international legitimacy to the current Dalai Lama's successor and help fill a power vacuum, as it could take two decades or longer for a reincarnation to be identified and to come of age."

With growing convergence between India and the United States, China is also concerned about a possible alignment between the two on Tibet.

The Tibetan Policy and Support Act, passed by the US Congress in December 2020, says that the Dalai Lama's reincarnation process should be left solely to the "Tibetan Buddhist faith community" and seeks to "oppose any effort by the Government of the People's Republic of China to select, educate, and venerate Tibetan Buddhist religious leaders".

The first public greetings from Modi for the Dalai Lama since 2015, in the middle of a tense military standoff in eastern Ladakh, suggest a shift in policy on Tibet, and even on the issue of reincarnation of His Holiness.