Explained: Why The US Has Labelled China A Currency Manipulator And What It Means 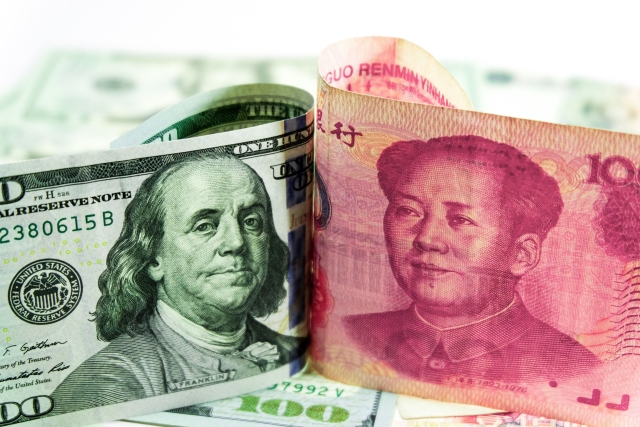 The US Dollar and the Chinese Yuan.

Escalating its ongoing trade war with China with its latest salvo, Washington officially labelled Beijing a currency manipulator on Monday. The move came after the People’s Bank of China (PBC), the country’s central bank, devalued the Yuan (also called renminbi, or “people’s money”), allowing the value of its currency to fall in response to new tariffs imposed by the United States.

The US and China have been embroiled in a rapidly escalating trade war since the early 2018 and there is no end in sight. The Donald Trump administration, over the past year, has imposed tariffs on $250 billion worth of Chinese imports, and has threatened to slap tariffs on $325 billion more.

China has retaliated to these measures with tariffs on $110 billion worth of US goods, and has also said that it may take measures that would adversely affect the business interests of US entities in China. The two sides have been discussing a trade truce but the movement on the deal has not been progressing as President Trump wishes.

So, after the US and China finished their latest round of talks in Shanghai, Trump upped the ante by slapping fresh tariffs on $300 billion worth of Chinese products, a measure that is likely to come into effect on 1 September.

In response to the US’ move, China manipulated its currency to fall to more than 7 to a US dollar, which is the lowest in over a decade.

Acting against it on 6 August, the US Treasury declared China a currency manipulator. No other country has been labelled a manipulator of currency by the US since the Bill Clinton administration slapped the label on China from 1992 through 1994.

That’s what has happened so far. Now, let’s decode it.

What Is Currency Devaluing And How Did China Do It?

Currency manipulation basically means artificially inflating or deflating the exchange rate. When a country manipulates the market to weaken its currency against others — the US dollar in this case — it is indulging in devaluation of its currency.

A currency can be devalued with respect to the US dollar by buying the latter from the currency market. This move drives up the cost of the US dollar and the other country’s currency becomes relatively weaker. In China, the Central Bank can do so or ask the commercial banks in the country to do so.

Currency devaluation by a country is considered a malpractice because it is not a result of global capital market forces but an effect of the intervention of the country’s government.

While the US and many other countries let market forces determine the value of their currencies, the yuan is not a free floating currency. It is managed by the Chinese central bank, which fixes daily reference rates, employing a largely opaque system.

This isn’t the first time that China has devalued its currency. Apart from being labelled a currency manipulator in the early ‘90s, China has been regularly accused by the US and others of doing so multiple times between 2003 and 2015.

How Does Devaluing The Yuan Help Xi Jinping?

The Trump administration has already imposed 25 per cent tariffs on $250 billion of Chinese imports. Therefore, if a US company imports a product (out of those covered under the existing tariffs) worth $1 million, it would have to pay an additional $250,000 to US Customs Department. The Chinese manufacturer selling the product to the US company will still get $1 million.

However, given that the US buyer had to pay an extra $250,000 for the product, the attractiveness of buying from China decreases. This is how US tariffs affect trade — by hitting at the Chinese manufacturer's competitiveness in the market.

With currency devaluation, China has tried to mitigate this.

Here’s how it works: when the exchange rate is 6.3 yuan to the dollar and a US company imports from China a product worth 630 yuan, it spends $100. When the exchange rate goes to 7 yuan to the dollar, the same product will cost the US importer $90. Now, if a tariff of 10 per cent is imposed by the US on that product, the buyer in the US can spend the $10 he saved on the cost to pay the US Customs.

The Chinese product’s competitiveness in the international market would not take a hit as it has become comparatively cheaper than it was before and the cost incurred by the importer of the product in the US remains essentially the same.

China’s currency measures will nearly negate the 10 per cent tariff on $300 billion worth of Chinese goods that Trump has approved. If Xi gets away with this, the tariffs imposed by the US will have only a symbolic value.

Sorted, isn’t it? Not really, because the devaluation of currency may help China deal with the financial consequences of the trade war but will only continue to intensify the political conflict between Beijing and Washington. And the US labelling China a currency manipulator is sign that that’s exactly what’s happening.

How Does Labelling China A Currency Manipulator Helps US?

There is largely a bipartisan consensus in the US to act against China’s currency manipulation. However, apart from triggering a long process under which the US can request the International Monetary Fund (IMF) to investigate China’s practices, the US’ move is being considered a largely symbolic move.

The IMF option may not be particularly attractive as the body had, in its report this July, not found anything wrong with the Chinese currency.

Apart from devaluing its currency, China has also stopped buying agricultural products from the US, which it had agreed to purchase just a month earlier. This move will affect Trump’s already hit vote bank and the US’ move may be directed at placating them. To mitigate the effect on his vote bank, Trump had earlier launched a subsidy programme to compensate the farmers suffering due to the trade war.

Moreover, during the presidential campaign in 2016, Trump had promised his supporters to name China a manipulator of currency.

By labelling China a currency manipulator, the US can justify some additional counter measures to punish Beijing and bring to bear more pressure on the Communist regime to “give” more in the trade deal under discussion.

It what might be another pressure building tactic, President Trump has hinted that the trade talks scheduled for next month may be cancelled.

According to Bank of America and Merrill Lynch, the currency may weaken beyond 7.5 yuan against the U.S. dollar if the US goes ahead with hiking the tariffs up to 25 per cent on the recently threatened $300 billion worth of Chinese goods.

In case the tariff rate increases to 25 per cent, “you’ll be looking at CNY beyond 7.5 levels” in the existing economic and financial conditions, said Rohit Garg, a currency and rates strategist at the bank, on Wednesday.

Further weakening of the yuan will not only harm the US, Europe and Japan, but may also force countries like South Korea and Japan, which compete with China for exports, to devaluate their currencies to remain competitive. Such a move will cause a major disruption in the international trade and investment cycle.