Free But Fair Trade: How The Modi Government Is Laying The Foundations For India To Engage In Free Trade In Future 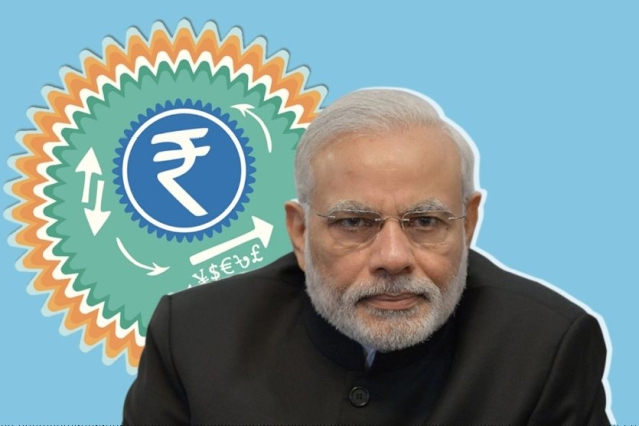 One of the flagship schemes proposed in the policy was Modified Special Incentive Package Scheme (M-SIPS) which aimed at offsetting disabilities in Electronics System Design and Manufacturing (ESDM) industries (such as high cost of finance, power, lack of infrastructure, etc) and attract investments.

The scheme proposed to give an incentive for investments on capital expenditure by companies to the tune of 20 per cent for investments in Special Economic Zones (SEZs) and 25 per cent in non-SEZs.

After the Narendra Modi government came assumed office in 2014 and launched the Make In India and Digital India missions, it also amended M-SIPS in 2015 after receiving feedback from various stakeholders.

The policy was further tweaked in 2017. The changes produced phenomenal results in just a few years.

Mobile device manufacturing rose from a value of a paltry $2.9 billion to $24.3 billion, making India the second-biggest hub of mobile manufacturing in the world.

In 2014, there were only two mobile handset manufacturing units in India.

Thanks to this significant addition in production, around 2 million jobs were created, directly or indirectly.

Bolstered by this success, the Modi government in June launched a more ambitious Production Linked Incentive (PLI) scheme worth Rs 40,951 crore apart from two others — Scheme for promotion of manufacturing of electronic components and semiconductors (SPECS) worth Rs 3,285 crore and Modified electronics manufacturing clusters (EMC 2.0) worth Rs 3,762 crore (All three are explained in depth here).

The PLI scheme, under which selected firms are intended to receive a financial incentive from the government if they invest a certain amount of money over the next five years, has been a runaway success.

Seeing such a tremendous response from top mobile manufacturing firms of the world, the government last week decided to extend the PLI scheme to 10 sectors — export-intensive ones like automotive, pharmaceuticals, textile, steel and white goods, and emerging ones like solar panels, advanced cell batteries, telecommunications gear and food processing with a total outlay of Rs 145,000 crore, which will be divided over the next five years.

Attracting top firms to make in India via concrete financial incentives has become one of the most important aspects of 'Modinomics', when it comes to the manufacturing sector.

An equally important aspect is the government introducing duties on imports of certain items it wants companies to build here.

However, for the latter, the government has received brickbats from eminent economists affiliated to the liberal school of thought because the conventional wisdom for the last few decades has championed globalisation and free trade.

It’s not a surprise that the intellectual arguments for such positions come predominantly from the Western world, which got rich on the back of mercantilism.

Free trade became the favourite only after these countries achieved a significant advantage over the rest of the world in terms of manufacturing.

Of course, now, when the western countries have started feeling a little heat of the same free trade policies they championed (they benefited the most from it as well), an influential part of their political class has started talking about “free and fair” trade.

This constant shifting of goalposts to suit their own national interests is understandable. But India must look at its own interests as well. Without fair trade, free trade is going to continue to skew benefits of the riches in favour of the strong and developed countries.

By focussing on ‘Make in India’, the Modi government is laying the groundwork so that conditions for free trade are possible in future. Until then, there is no point in vying for ‘free trade agreements’ with certain countries or set of countries.

That’s why the Modi government’s decisions to opt out of RCEP or resisting an FTA with Donald Trump’s America are wise ones and must be appreciated.

India’s strength is currently in the services sector rather than manufacturing, but in almost all the negotiations for FTAs, the countries which have strong manufacturing bases want to prioritise it over services. This is not going to fly.

The liberal economists, a.k.a. the free trade fundamentalists, are obviously not happy with the government. For long, their position has been to push India to usher in factor market reforms — land, labour, capital.

They believe that India’s manufacturing sector is weak because it hasn’t done its homework on solving these fundamental problems.

But one must wonder how the firms which were reluctant to come to India before are standing in line today when there has not been any radical changes in land and labour laws.

Of course, it’s no one’s argument that these reforms are trivial and should be ignored. In fact, the Modi government has been consistently working on these areas as well.

If anything, it is the present Indian government, unlike the liberal economists, who has not taken a dogmatic position. As Ashish Chandorkar writes in Livemint, “No large economy captured market share without using moderate tariffs to protect its interests. Today’s advocates of free trades were all protectionist at some point, but do not wish India to traverse the same path. India, in fact, has the added advantage of a monopsony market to normalize its non-tariff barriers for global firms. In the last few years, India has taken a more holistic view of the problem rather than treating free trade as some kind of an inalienable dogma.”

Free trade is not possible without it being fair. This is more true for developing countries like India. And what the Modi government is doing via schemes like PLI is building the foundations for that future where India, after developing a decent manufacturing base, will be able to compete better, on a more equal footing.

Let’s see then, if the free trade champion countries would still want to have free trade agreements with India.