“Free Trader” America Has Had A Largely Protectionist Past 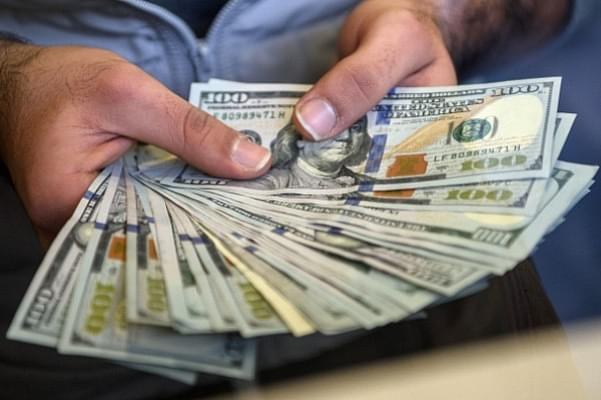 The US presidency is no stranger to the economic philosophy of protectionism. (OZAN KOSE/AFP/GettyImages)

Let’s face it, there is no such thing as “free trade”, only good or bad trade deals. The debate about free trade and capitalism can be neatly divided into two distinct camps – liberalism and mercantilism. Liberals see the state as predatory and business as profiteers and believe that the two shouldn’t be allowed to work together to the detriment of the individual consumer. Liberalism places the individual’s interest at the heart of economic policy-making, with the objective of increasing household consumption, i.e., giving the individual consumer easy and unhindered access to the cheapest possible goods and services.

Mercantilists, on the other hand, don’t see this separation between the state and business as a necessary condition to benefit the individual consumer. They see the two as allies and emphasise that the aim of economic policy-making is to improve the productive capacity of the nation in pursuit of economic growth, power, and independence. For the mercantilist, a sound economy requires a sound production structure within the nation and not a cheap production structure abroad. Mercantilists believe that robust domestic consumption can only be underpinned by high levels of employment at appropriate wages and not cheap goods coming in from abroad.

What does the liberal like to call the mercantilist? A protectionist. Although China may be the most recent example of mercantilism or protectionism, if one were to look at the timeline going back to the eighteenth century, it is the United States (US) that is the most protectionist nation. It became the dominant economic power in the early twentieth century by imposing high protective tariffs and that served as a model for later-day mercantilists – Germany, other European nations, and, most recently, China.

I often get a strange look from my friends and colleagues when I make the observation that America was a “protectionist” nation. Perhaps, you are now frowning at me as well. However, please indulge me and keep reading.

From the time of its independence, through the Civil War in the nineteenth century and the Great Depression in the twentieth, the US followed a “protectionist” policy as it looked to get the better of Great Britain and establish itself as the dominant economy in the world. George Washington, the first US president (1789-1797), not only supported the protection of infant US industries, but also set an example by “buying American.” He said, “I use no porter [ale] or cheese in my family, but such as is made in America.” Alexander Hamilton, president Washington’s treasury secretary and the founder of America's financial system, argued in favour of a national industrial policy that inspired the likes of American economic nationalists Daniel Raymond and the German-American economic thinker Georg Friedrich List.

Raymond believed that the “protective tariff represented national interests and that it allowed for the nation’s people a leverage, and special treatment granted to them over foreigners” in the fields of domestic commerce and industry of the nation.

List, whose vision of a united Germany with a protected market was realised later in the nineteenth century, believed that “the cost of a tariff should be seen as an investment in a nation’s future productivity”.

The US presidents that followed Washington carried on the protectionist policies, as they built America in the nineteenth century. The Republican Party (led by men such as Lincoln, McKinley, Roosevelt, Harding, Coolidge, and Hoover) dominated US politics from the Civil War (1861-65) to the Great Depression (1929-39) and were overtly protectionist. US economist Joseph Schumpeter called tariffs the “household remedy” of the Republican Party. It wouldn’t be too off base if instead of calling the GOP the Grand Old Party, one called them the Grand Old Protectionists.

Tariffs were used both to generate revenues as well as to protect the American economy from British and European imports. President Franklin Roosevelt summed it up well when he declared, “Thank God I am not a free-trader. In this country, pernicious indulgence in the doctrine of free trade seems inevitably to produce fatty degeneration of the moral fibre.”

America’s commitment to a “free market” is a relatively recent phenomenon. After 1945, the US achieved the status of an unrivalled superpower and found itself in total control of the markets with a ravaged Europe and Japan and an Asia too poor to offer any challenge to its hegemony. With no threat in sight and the vast world economy to sell goods and services to, the US discovered a love for “free market” purely out of self-interest. It ran a trade surplus for over 30 years, selling goods and services to Europe, Japan, and Asia while helping them re-emerge from the devastation of the Second World War.

The love for “free trade” didn’t last, however. The latter half of the 1970s and early 1980s saw massive capital outflows from the US and migration of manufacturing, and this turned the US from a trade-surplus to a trade-deficit nation. As trade and budget deficits mounted, and Japan achieved a rival status, America strong-armed Japan into signing the “Plaza accord” in a move to shrink US trade and budget deficits. The US had a temporary respite and deficits began to narrow in the 1990s until China came along. The accession of China into the World Trade Organization (WTO) accelerated the US trade deficit as liberalism (Clinton, Bush, Obama) won and mercantilism or protectionism lost. Now, the US is back on the path of protectionism and, once again, under a Republican president, Donald Trump.

China is accused of “protectionism” and the US is heralded as a “free trader.” But history is a great thing. One just has to look back far enough to cure one of all prejudices. In that, I am reminded of this Marcus Tullius Cicero quote: “To be ignorant of what occurred before you were born is to remain always a child.”

From the American point of view, over three decades of liberalism have eroded its economic might and a return to mercantilism, as Trump proposes, is like a reversion to the mean. The success of this policy will depend on the price American consumers are willing to pay. Tariffs on the scale of $505 billion would inevitably lead to chaos and price rise for everyday products in the US, and the retaliation that would follow would hurt US economy and businesses.

I do not believe Trump will sacrifice the US economy and go for an all-out trade assault on China, America’s biggest and most important single-nation trading partner. Wages in the US are not rising fast enough, growing at an annual rate of 2.7+ per cent. A tariff of 10 per cent on everyday goods? Is the US ready to pay the price it will take to return to its mercantilist past? That’s the trillion-dollar question.

If tariffs start biting US consumers, Trump’s “Make America Great Again” could simply turn into “Make America Grate”, and his act of Marshall Will Kane in the movie High Noon out to save a town could come to a premature end.

On the other hand, Trump has more leverage with Europe, and getting auto manufacturing back to the US is vital to the US President for his rust-belt economics. Despite the “deal” that Trump and Jean-Claude Juncker, President of the European Commission, announced on Wednesday (25 July 2018), I am wary of its success. First of all, it's not a “deal” but a start of a negotiation to get a “tariff-free” deal and to get rid of all “trade barriers and subsidies”. Second, there’s no timetable for progress and that is troubling given how long it takes for the European Union (EU) to negotiate even a simple trade deal. Third, have you ever seen a La Poste or a Gendarmerie car which was not a Renault, Citroen, or Peugeot? I haven't in over a decade of my travels to France. Protectionist France doesn't have a trade imbalance with the US. Why then would President Emmanuel Macron agree to remove all “tariffs, barriers and subsidies” and open the French market to competition and pick a fight with the powerful trade unions in France? His closet is already full of troubles and his popularity is sinking like a lead balloon.

Finally, to understand Trump's motivation to slap a tariff on autos, you have to understand the US auto market and what it means for Trump and the US rust-belt economies.

The US auto market recorded annual sales of 17 million vehicles in 2017, of which just four million were produced in the US. Trump wants the US to stop importing 13 million vehicles each year and force its manufacturers to produce them in America, creating manufacturing jobs in the hollowed-out American rust belt. In that, Trump is taking a lesson from China, which imports less than 1.5 million of its annual 28 million auto sales. Therefore, I will believe an EU-US “free trade” deal on autos and other industrial products when I see it.

With the crucial mid-term elections ahead, Trump only wants cover for his attacks on China that have brought about the tariff on US agriculture exports to China. To alleviate the pain inflicted by those tariffs on US farmers, Trump had to announce a $12 billion subsidy this week. Europe buying soybean and liquefied natural gas (LPG), at least until the mid-term elections, plays into Trump's hand and he looks magnanimous as US farmers offload their soybeans in Europe.

After the mid-terms, Trump can beat up on the EU again, as public opinion will be behind Trump, riding high on his mid-term success. I see this EU-US truce as temporary, and hostilities will renew after the mid-terms.