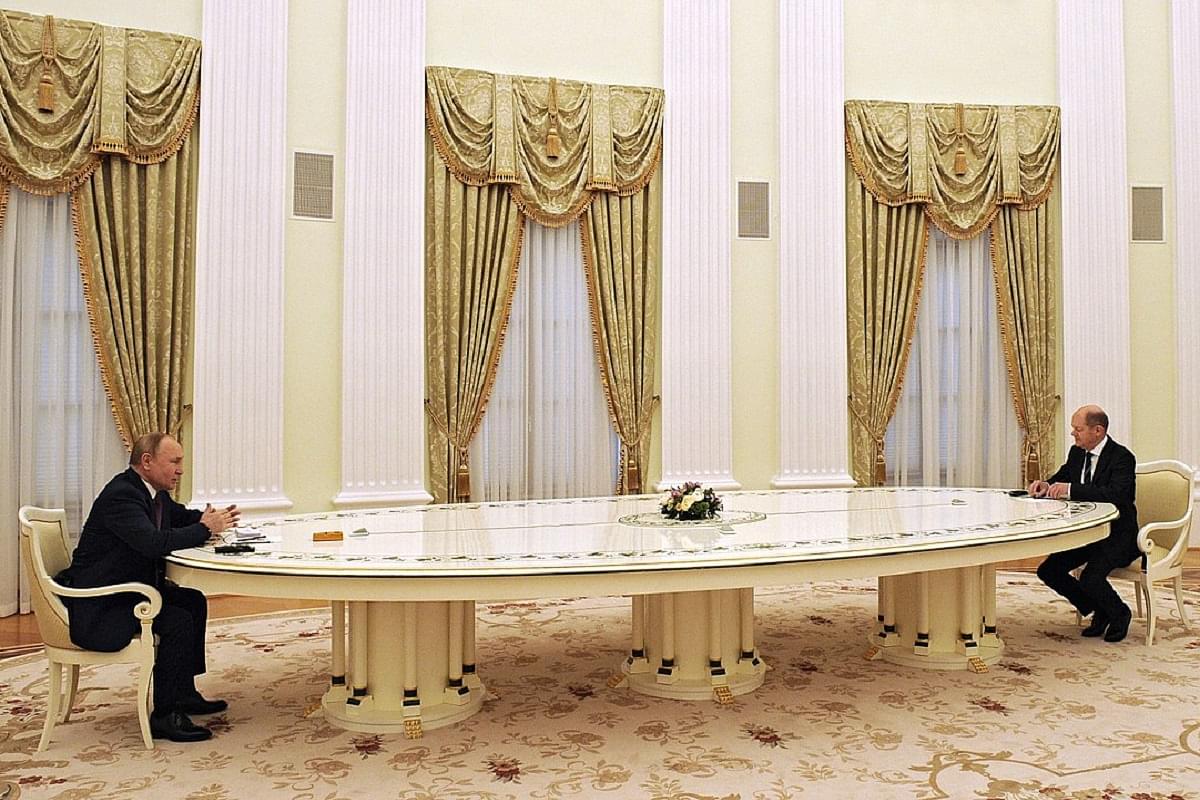 Germany on Tuesday (22 February) began the process for halting the certification of the Nord Stream 2 gas pipeline from Russia after Moscow's actions in Ukraine.

German Chancellor Olaf Scholz on Tuesday that Germany has taken steps to halt the process of certifying the Nord Stream 2 gas pipeline from Russia.

"That sounds technical, but it is the necessary administrative step so there can be no certification of the pipeline and without this certification, Nord Stream 2 cannot begin operating," Scholz was quoted in a DW report as saying.

The development comes as the west has begun taking punitive measures against Moscow over Ukraine crisis.

Speaking at a joint press conference with Irish Prime Minister, Micheal Martin, Scholz said Moscow needed to be held to account for its actions.

The pipeline bringing natural gas from Russia to Germany has long been criticised by the United States and some European countries who argue that it increases Europe's reliance on Russian energy supplies.

Scholz said that the government had decided to “reassess” the certification of the pipeline, which hasn't begun operating yet, in the backdrop of the latest developments.

"Now it is down to the international community to respond to this unilateral, unjustified and incomprehensible action taken by the Russian president. We need to coordinate our approach … in order to send a clear signal to Moscow that activities of this kind cannot remain without consequences," the German Chancellor said.