How India Should Deal With President Trump 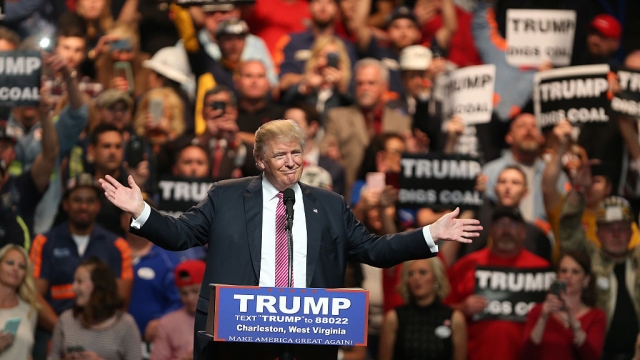 India should formulate a totally pragmatic approach for dealing with Trump. This would be different than the typical ideological approaches Indians have tended to use in international affairs. In other words, do not pigeon hole Trump into Left/Right categories. Understand his top priorities as president, and make concrete deals that are free of lofty ideologies.

India’s most important diplomatic offensive should be on Baluchistan. Convince Trump that a game changer would be to free Baluchistan from Pakistan by supporting the Baluchi freedom movement. This will involve US military intervention. And it will change the map of the region forever. Afghanistan will get access to the sea via Baluchistan, and the US will no longer have to suck up to Pakistan for supplying its troops. Afghans will love this freedom from the Pakis. So will the other Central Asian “stan” countries that are presently landlocked. A potential new sea access for Russia will also be a negotiating card to deal with Putin. Pakistan will lose its geostrategic positioning, a card it has played very skillfully for too long.

For its part, India should offer military help in Afghanistan, but only if USA guarantee’s an independent Baluchistan. This will be a win-win deal of a kind that is right up Trump’s alley. Russia may decide to join. A clandestine or indirect role for Israel should also be discussed. As a side benefit, this might also open a new door in negotiating with Iran, given its strategic interests concerning Baluchistan.

Senior Indian military officials should lead strategic discussions with Trump. India should avoid sending the standard team of Indian diplomats because Americans appreciate clear-cut, no-nonsense dealmakers rather than woolly-headed poets or ideologues. This pragmatism will be even more applicable in dealing with Trump. India should also consider appointing some ex-military person as its ambassador to the USA. This US relationship should be a top priority for Ajit Doval.

The most important diplomatic defensive deal would be to convince Trump to end US governmental support for Christian evangelism in India. He was heavily backed by the evangelicals, and they are experienced in extracting foreign policy assistance from the US government. Trump needs to be convinced that a strong India is good for US interests. Weakening India by encouraging the breaking India forces would eventually play into the hands of Islam and China. In the long run, a fragmented India would not become a Christian country, but rather a battleground for the return of Mughalstan. It would be a worse nightmare for the USA than the entire Middle East is. My book, Breaking India, gives a detailed argument in its first and last chapters. This should become required reading for Indian officials involved in this discussion.

The above two-pronged strategy (offence and defence) combines carrots and sticks. India must present itself with a strong posture. It must not become available as an ally in desperate need to get saved.

Issues like H1B visa are important, no doubt. But corporate India and corporate America are already closely aligned on this. Trump will listen to corporate America. That is a good channel to use. The Indian government should lend support, but not dilute its attention from the two top priority opportunities mentioned above.

It is important that NRIs based in the USA should not leverage this event to get government appointments for friends and family. Unfortunately, that is what happened when Obama won – his Indian supporters instantly morphed into personal lobbyists for posts and prestige. They forgot their dharmic responsibility for India. There must be vigilance against this.

After a brief period of chaos on Wall Street, things will recover and stabilise. A more robust economic foundation will emerge in the USA. Trump does have a streak of anarchy like Arvind Kejriwal – the anti-establishment rhetoric. But the United States has a far more mature and robust network of institutions. This sense of chaos and lack of stability will be temporary.

This is also a watershed event in the global collapse of pseudo-liberalism. I use this term to mean liberalism that has become a mask of hypocrisy. Why is a soft stance on Islam considered a requirement for liberalism? Why are elitist individuals and groups having so much power in the guise of liberalism? Despite all its talk of human rights and other liberal agendas, the global movement has caused conflicts, uprooted traditions and promoted pseudo-secularism.

Brexit and now the Trump presidency will compel nations to re-negotiate the relationship between global and local. Trump will also experiment and evolve a new kind of conservatism in his way. The Republican Party must reinvent itself. The prevailing genre of conservative thinking was formulated by the brilliant William Buckley, Jr. I don’t agree with many of his thoughts, but I appreciate the huge imprint he made on the American conservative movement. The Trump era will generate similar fresh thinking just as Reagan inspired a new generation of conservatives for his time. The West’s conservative movement has gone through so many new developments since the second world war: from Barry Goldwater to Ronald Reagan to Margaret Thatcher to William Buckley, and many others along the way. And now the temporary collapse of the myth of American Exceptionalism has become the crucible for developing a new national myth using conservative principles.

However, I am concerned about India’s intellectual crisis and the present state of conservatism in India. The old dynasty politics and the old pseudo-secular intellectualism are marginalised. But disruption is only half the story. We also need construction of new ideas. Where are the new and vibrant thinkers of the calibre of Pandit Deendayal Upadhyay? I am disappointed that Hindu intellectuals tend to idolise the 50-year old works of previous giants, but lack the institutional mechanisms to help us compete in the global intellectual Kurukshetra. The best way to respect our previous great thinkers is to continue their level of creativity and audacity.