How USCIRF Is Undermining Its Credibility By Attacking Hinduism And India 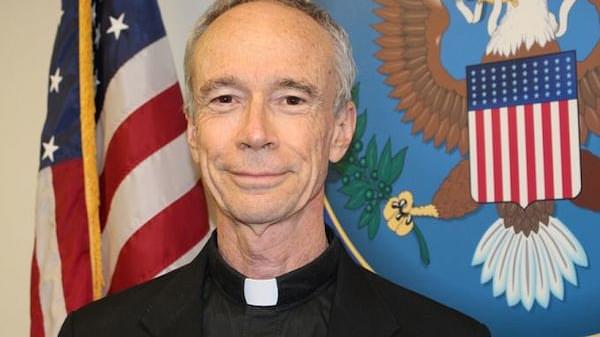 It seems now a quaint moment in recent history. When the United States Commission on International Freedom (USCIRF) was created in 1998 as a mandate of the International Religious Freedom Act, the US was a nation that still looked outward. There had not yet been a 9/11, engagements in Iraq and Kuwait were seen as easy “victories” and this nation saw itself as a beacon of human rights and pluralism. Conceived by then Virginia Congressman Frank Wolf, a committed religious conservative, USCIRF was to serve as “an independent, bipartisan” quasi-government body that was to be “dedicated to defending the universal right to freedom of religion or belief abroad.”

As an advisory body only able to make non-binding recommendations to the State Department and President, USCIRF’s currency is credibility. But credibility for the commission has been elusive since its inception for two simple reasons: inbuilt bias and lack of transparency. USCIRF is the only governmental body to ever designate India, the world’s largest democracy and secular republic as a “Country of Particular Concern Watch list,” or “Tier 2” list in league with Afghanistan, Turkey, Russia and others.

And last week, USCIRF did it again. As part of a series of special reports  –  separate from its annual report  –  the commission again set its sights on India, releasing Constitutional and Legal Challenges Faced by Religious Minorities in India. The report treads on well-worn grievances, including India’s Foreign Contribution Registration Act and Freedom of Religion Act that are crimping predatory proselytisation carried out by groups such as Compassion International and Gospel for Asia. And, shockingly, for the first time in USCIRF’s history, the commission makes the overtly Hinduphobic declaration that caste-based discrimination is rooted in Hindu scripture.

Why would USCIRF launch a spirited defence of American churches shilling for religious converts in India? Why would USCIRF substantiate the horrendous and easily refuted claim –  one that evangelical churches make to goad converts away from Hinduism –  that the scriptures of Hinduism not only condone, but divinely sanction the social evil of caste-based discrimination?

Throughout its history, the commission has been chaired by activist Christian conservatives  –  from leaders of the far-right Federalist Society, to Robert George, the previous chair and proclaimed leader of the Christian “theoconservative” movement, to Reverend Thomas Reese, the current chair who is the senior analyst for the National Catholic Reporter. Indeed, it was the activism of Christian Solidarity International, International Christian Concern, Open Doors, and other global evangelical organisations that led to the commission’s founding. Moreover, despite many nominations, USCIRF has seated only a single Hindu or Indian American commissioner, and none for nearly a decade.

Beyond the litany of attacks against India and the Hindu religion in the latest USCIRF special report, what should alarm any observer, is the document’s authorship.

Unlike other special reports, and certainly unlike the annual report that the commission releases, India’s report was not authored by any of the staff employed by USCIRF. Instead, USCIRF simply gave its imprimatur to a British activist, Iqtidar Cheema. Cheema, a native of Pakistan, has been honoured by several Pakistani government bodies, and is true to Pakistan’s foreign policy goals as well.

Cheema’s work provides cover to Pakistan’s long-standing support of a bloody proxy war to separate the Indian state of Jammu and Kashmir from India. Not surprisingly then, this report fails to mention the plight of more than 300,000 Kashmiri Pandits cleansed from their ancestral homeland in the Valley at the hands of Islamist radicals. Previous commission reports have ignored the same.

Cheema is also an oft-quoted source to support various organisations that endorse a separatist movement calling for a separate Sikh state, Khalistan  –  a cause that the vast majority of Sikhs in India refuse to support. Khalistani terrorism led to an insurgency which left tens of thousands of Hindus and Sikhs dead in the Indian state of Punjab in the 1980s. This activism took its most bizarre and dangerous turn when Cheema addressed a crowd of Sikh separatists gathered in San Francisco calling for Khalistan and backed Babbar Khalsa, a terrorist organisation banned by the United Kingdom and India.

Cheema’s activism consistently suffers from a habit of citing fringe and discredited sources to corroborate his grotesque positions. Not only has Cheema accused Indian intelligence agencies of fomenting attacks within Pakistan, but he cited Webster Griffin Tarpley  –  the same person who claims that the military industrial complex perpetrated 9/11 attacks and just admitted to making false defamatory statements against Melania Trump!

Cheema also quoted a web portal, South Asian Citizen Web (SACW), in his USCIRF report. The Hindu American Foundation (HAF), an organisation for which I serve as the executive director, exposed SACW as a series of multiple, often shell organisations –  with no existing website or record of incorporation  –  and strikingly similar leadership and IP addresses. These organisations have then been utilised to extensively cross-cite one another and repeat allegations that have been debunked on multiple occasions in the past.

How could USCIRF outsource a report harshly critical of India, one of the most important democratic allies of the US, to an activist with a history of supporting separatist causes against India that too often employ terrorism against innocent civilians? How can USCIRF give its imprimatur to a report citing debunked sources and smearing the Hindu religion?

Much of the malaise afflicting USCIRF lies in its lack of transparency. It is not subject to the Freedom of Information Act, allowing their meetings, internal communications, and proceedings to be private. Closed doors and lack of diversity present a legal apparatus through which to pursue special interests. It also makes the entire commission vulnerable to bias and arbitrariness without a clear means for oversight or accountability.

USCIRF loudly protests that the committee is being denied visas to survey human rights in India due to the Indian government’s concerns that USCIRF harbours an institutional bias against that nation. This report, authored by an activist with shady links, just confirmed why India’s caution in dealing with USCIRF is well-founded.

This piece was first published on Medium and has been republished here with permission.