India and China: Reading the Tea Leaves – A New Start? 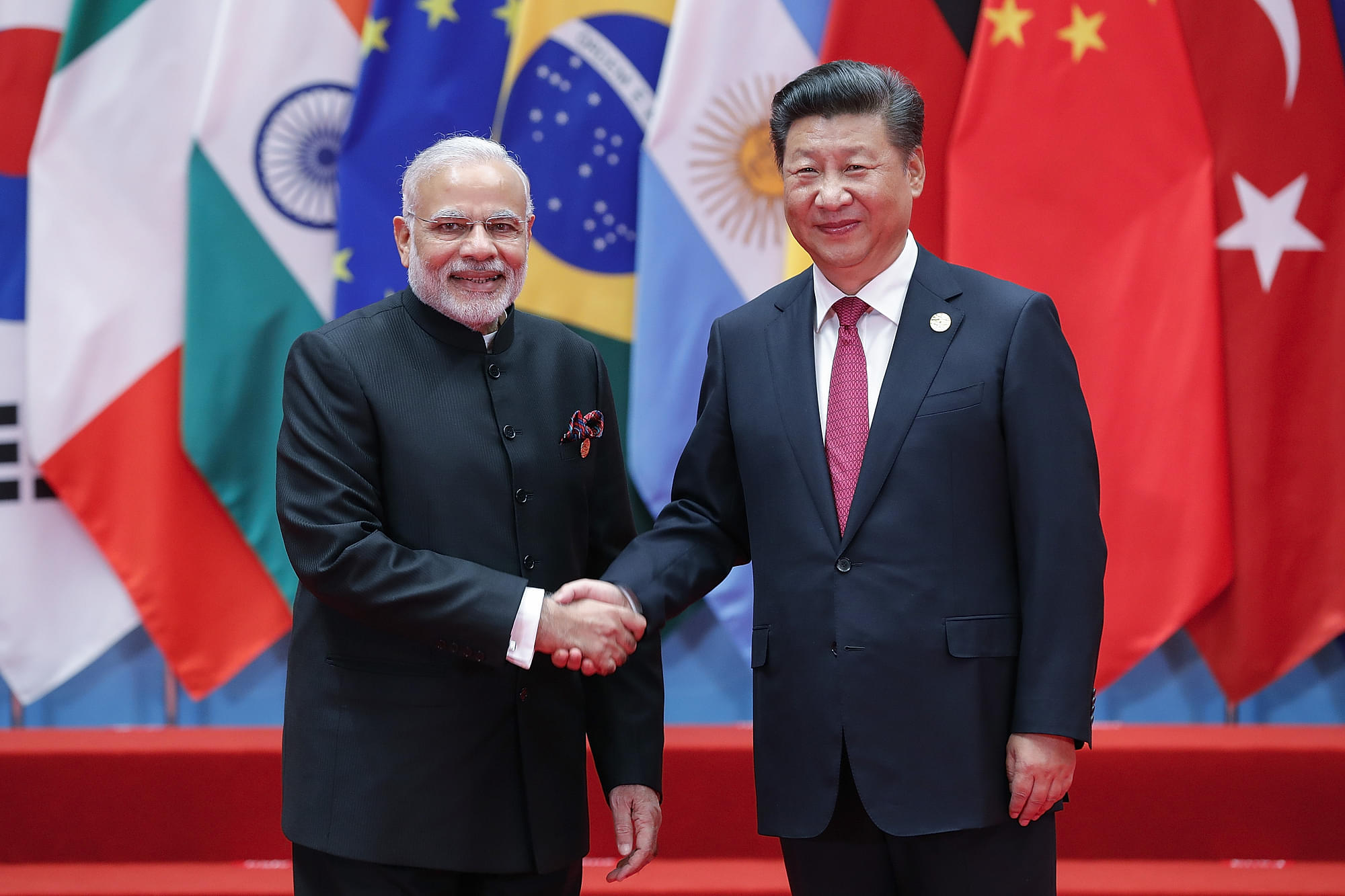 The events related to Dalai Lama send a signal that needs to be understood. I have tried to piece together if the Government of India’s reticence of late is a function of certain international understandings and developments. It is not easy to piece together a narrative based on observed actions, but a few things have to be considered carefully:

1. China has time and again protested about Dalai Lama visiting Arunachal Pradesh and the Indian government has not paid heed to such protests.

2. China was opposing the developmental projects, especially the road and rail links in Arunachal Pradesh. The Government of India not only went ahead but doubled the intensity and pace of its efforts.
3. China opposed visits by the Prime Minister Narendra Modi but not only did he visit Arunachal, he also made sure a Cabinet Minister was touring the state every month.

4. Dalai Lama was accorded a traditional and ceremonial welcome in Arunachal Pradesh with full government support.

5. There was more than one instance of an intense standoff, both during the visit by Chinese Prime Minister Xi Jinping and during Prime Minister Modi's visit to China across different theatres. Here, the Indian Army did not back down. On more than one instance, it demonstrated speed and increased ability to bring in force capability to theatre zones.

6. The China Pakistan Economic Corridor (CPEC) - Not only did the Government of India register objections, it acted swiftly to counter through the Chabahar port in Iran. New Delhi also clearly stated that it would not allow CPEC in India’s territory and activated a Balochistan campaign across the world as a message to China on what can happen.

7. Surgical strike inside Myanmar and then on Pakistan clearly demonstrated the willingness and operational capability to strike across border if needed.

8. Doklam - This was a test case where India, in a sense, initiated a standoff, by not acting as per established pattern. It was India which went in and forcefully stopped construction activity. The Chinese did not expect this (since 1950, India only used to take up such protests over border meetings) change of policy. They tried all their tricks bilaterally, trilaterally and internationally but failed on both diplomatic and military fronts to make India budge.

9. China's Israel - Pakistan has been isolated and is being hounded through a series of well-timed interventions, the latest being the Financial Action Task Force grey listing. Whenever Pakistan has tried to break free or tried to inflict high costs, India has publicly punished Pakistan, with surgical strikes being the latest rap. In this, one fact that needs to be noted, that Indian punishment has been almost always following an act of the Chinese supporting Pakistan.

10. Well planned demonstration of both theatre defence and improved arsenal and delivery capability in the nuclear sphere have been made to the Chinese with respect to China-specific missile capability.

11. Straight challenge to Chinese assertions in South China Sea area by patrolling jointly and bilaterally with nations of the region and coordinating with Indo-Pacific powers to provide a strong counterpoint to Chinese power projections and ambitions.

12. On the engagement side too, there has been a lot of activity to build better people-to-people relationship with China; nurturing exchange of views and common stance wherever possible such as environmental and trade and investment arrangements; strong pitch for mutual investments in each other's economy; and bringing up and fostering a financial network to balance the stranglehold of the West on international financial network through initiatives like the BRICS Bank.

13. Energy is another area where, besides competition for energy sources, there has also been cooperation in terms of solar energy.

It is in this light, that we can, and must, evaluate and examine the Dalai Lama celebrations being moved out of Delhi and the governmental "non-endorsement".

The steps mentioned above have had a deep impact on Chinese governmental positions. Coupled with the internal and international dynamics at play inside China, and the tough economic choices it faces, there has been a recalibration of Chinese attitude towards India. Chinese culture and their sense of history do not allow for any overt acceptance of change in policy and acceptance of the reality that India is not a pushover anymore. The concept of "losing face" will not allow for the same.
However, equally important is the innate Chinese penchant for being realistic and practical. It is this aspect along with the other factors mentioned above that I believe has forced the Chinese government to reach out to India.

China, for the first time, started acknowledging that the Indian economy is on a strong path of growth and it called out that India is emerging as a leading power in Asia. In typical backhanded fashion, it "advised" India that it should not believe that it can be a power by throwing its weight around. Beijing has time and again, tried to reiterate that it is not opposed to India's economic growth and development and said it wants to partner with India. It has reiterated its desire to close out difference on border at the earliest.

Additionally, China has called for CPEC to be even renamed and invited India to its one belt one road (OBOR) initiative and officially went on record to state that any misgivings on this with India can be discussed and solved. Moreover, despite bravado and crude threats, it backed down on Doklam and agreed to a practical resolution after its failure to elicit support against India.

Despite its many attempts to support Pakistan against India, especially on designation of Masood Azhar and Hafeez Saeed as terrorists, it has stopped short of antagonising India by going too far despite many attempts by Pakistan, the latest being its refusal to stall Pakistan entry into Financial Action Task Force grey-listing.

These are real changes in Chinese stand and posture, despite their strenuous attempts to mask it, the same has been acknowledged by India and the rest of the world.

In this context, China perceives that Tibet will reach an inflexion point sometime in the future and the trigger could be the inevitable demise of Dalai Lama at some point. An increasingly powerful and willing India can create tremendous challenges for China, if China tries to harm India through proxy (Pakistan) or directly.

Contrary to the facade of stability, China too has simmering and strong fault lines that can explode. Tibet, Xinjiang, Taiwan and the existing disparity of wealth, corruption and tremendous economic improvements that leads to an increasingly aware and demanding population are all there.

Added to this is the generational change in leadership and the new elite power struggle, all this in the context of economic long term issues coming to roost.

This assessment and reality has, I believe, forced China to not only recalibrate its equation with India but also engage discreetly with a powerful Indian government to push through a broad arrangement that allows for the peaceful rise of China as a rival to the US in the world order.

In this recalibration, China may have finally come to the conclusion that it is far better to have a good relationship with India rather than trying to compete or contain India, thereby pushing it away to the US side and making India a rallying point across ASEAN and Indo-Pacific region for other powers that are wary of China's ambitious plans.

In my view, this could mean preparing for a post-Dalai Lama settlement for Tibet that is supported and endorsed by India. Now, only India can make that happen, as it is one country that has the leverage over Dalai Lama. Dalai Lama too would be anxious to see some sort of an arrangement that allows for him a modicum of self-rule in Tibet in his lifetime.

That can happen very well if there is a Sino-Indian detente. If the benefits of such a detente far outweigh the so called benefits of containing/breaking India with the help of the likes of Pakistan, then China and India have the civilisational maturity to actually make it happen.