India And The GCC States – A Visibly Shifting Paradigm 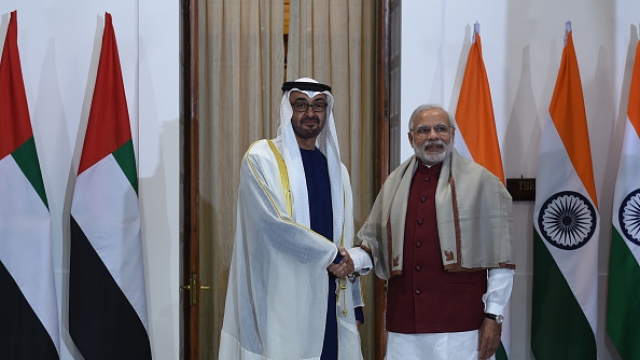 The news broke on my Twitter line, like this, from the official news account of the Crown Prince of Abu Dhabi, Shaikh Mohammed bin Zayed Al Nahyan (@MBZNews), on October 2: “In a letter to India's PM, Mohamed bin Zayed expresses thanks for the kind invitation to attend India's Republic Day celebrations”, adding, in a second tweet: “Our strong relations are deeply rooted in history; our strategic cooperation has increased, driven by our mutual aspirations to develop it."

While such mutual acknowledgements and appreciations are nothing new, what is new is the freshness and vibrancy in a relationship that had been allowed to sink into a sense of indifference and apathy. This applies not just to the UAE, where Prime Minister Narendra Modi visited in August 2015 (reciprocated by Shaikh Mohammed bin Zayed in February 2016), but to virtually all the other countries of the Gulf Co-operation Council (GCC).

Much of the fault lies on the side of past Indian governments. Note, for instance, that the last visit to the UAE before that of Modi was in 1981 by Indira Gandhi. This is the sort of inattention paid to a country that happens to be one of our largest trading partners (nearly $60 billion in two-way trade in 2014-2015), and where over a million Indian expatriates reside (out of more than 2 million in the GCC as a whole).

Things are changing, and fast. There are a number of reasons for this, and one cannot give all the kudos to the current government. But it must be credited with recognising the opportunities and grasping them with vigour. Relations with virtually every GCC country is on the fast track – namely, Saudi Arabia, the UAE, Oman, Qatar, Kuwait and Bahrain. And they have taken a very robust strategic dimension; defence related engagements have picked up across the board, and it would be fair to say that the GCC now views India as a net security provider in the Arabian Sea, as a trusted partner in those waters.

What is becoming clear is that India is now beginning to ease into an enhanced defence engagement with these countries bilaterally. This is, again, not something new in that the momentum has been building for years. But now the geo-political environment is primed for a much closer partnership. Consider these realities:

Iran is now out of the woods, and back in the good books of the US (relatively speaking). This changes the regional dynamics significantly, given that the GCC states are either in an antagonistic posture with Tehran, or managing a very delicate balancing act.

The US seems to gradually disengaging from the region, from a strategic perspective, or so it would appear to those who have observed President Obama’s reluctance to engage with the GCC quite as intensively as they might have liked (considering especially Washington’s Iranian outreach). The next president is not likely to do much better in this regard.

Pakistan, long a reliable supplier of soldiers for rent to the GCC countries, has of late developed a distaste for overseas deployments of its men in uniform. At a time of need, when the GCC countries requested Islamabad to support them in their military campaign in Yemen, Pakistan refused. From the Gulf rulers’ point of view, that refusal showed an untrustworthiness that will be hard to ignore.

In all the above cases, India can be a force of positivity for the GCC states. A long-standing relationship of trust and loyalty with Iran means New Delhi can be an effective go-between in the event the relationship between Tehran and the Gulf countries deteriorate. The US, having carefully observed India’s role in the region and having dramatically expanded its own relationship with New Delhi, is happy to have a responsible power shouldering some of the security management burdens in the strategically vital area between the Strait of Hormuz and the Horn of Africa, at the mouth of the Red Sea.

As for Pakistan, it will surprise no one that the GCC states are well aware that their strengthening ties with India are bound to make Islamabad extremely uncomfortable. From their point of view, considering Islamabad’s posture on Yemen, that is a happy by-product (not the objective) of a natural growth in the content and sophistication of their engagement with New Delhi.

As India’s economy grows and as the commercial linkages with the GCC develop in quantity and quality, we can be certain that military co-operation will expand apace. The UAE and India have already instituted a $75 billion India Infrastructure Fund. Undoubtedly, Saudi Arabia and Qatar will join the fray in a comparable way. It is not inconceivable that, within the next decade, India could have security agreements with these countries that will envisage a protective role.

The Modi government has hit the ground running in terms of its relationship with the GCC states, and is now sprinting ahead. The invitation to Shaikh Mohammed bin Zayed Al Nahyan is a harbinger of much more to come.