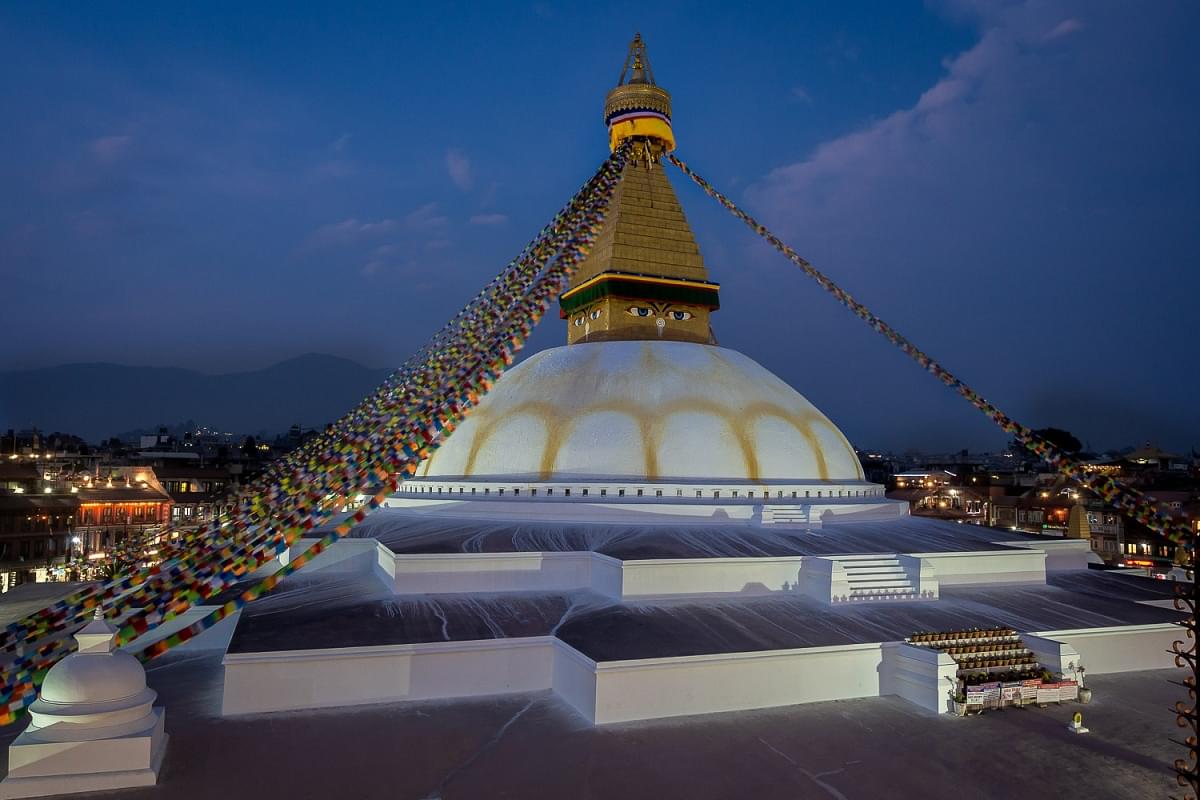 Beijing, Feb 28 (PTI) Peeved over the Nepalese Parliament's approval of the US-funded USD 500 million grant agreement despite its persistent opposition, a concerned China said on Monday that Washington should not undermine the sovereignty of other countries through 'coercive diplomacy'.

Much to the surprise of Beijing, Nepal's Parliament on Sunday ratified the contentious US-funded USD 500 million Millennium Challenge Corporation (MCC) compact along with an Interpretive Declaration a day ahead of the February 28 deadline set by Washington, ending months of debates, protests and polarisation in the Himalayan nation.

'We noted the decision and the declaration by the Nepalese parliament,” Chinese Foreign Ministry spokesman Wang Wenbin told a media briefing here in response to questions from the official media about the Interpretive Declaration, which was passed along with the US aid highlighting Nepal’s sovereignty.

Senior leader of the ruling Nepali Congress Ram Chandra Poudel has said that the declaration includes the statements that the MCC is not part of the Indo-Pacific Strategy, Nepal's constitution will be above any provisions of the MCC and the country will perceive it purely as economic assistance.

'China has stressed repeatedly that international formal cooperation should follow the principle of mutual respect, equal treatment and fully respect the sovereignty of the country concerned and the will of its people,” Wang said.

'It should not interfere in other country's internal affairs to engage in coercive diplomacy, undermine other sovereignty and interest out of selfish interests,' he said, adding that Beijing always supported Nepal choosing an independent path of development.

The MCC is a bilateral United States foreign aid agency established by the US Congress in 2004. It is an independent agency separate from the State Department and USAID.

Nepal's political parties were sharply divided on whether to accept the US grant assistance under the MCC agreement.

The MCC also dragged Nepal into a geopolitical game, with Beijing taking a jibe at Washington for providing a 'gift' to Nepal with an ultimatum, for a second time in a week, firstly warning the US against using “coercive diplomacy” in Nepal.

On February 23, Chinese Foreign Ministry spokesperson Hua Chunying directly attacked the MCC saying “I wonder how a gift can be sent with an ultimatum. How can anyone accept such a gift?” Besides public criticism of the MCC, Chinese officials lobbied hard with the bickering Nepalese politicians against accepting the American aid, which is perhaps the biggest US grant for Nepal in recent years.

While Hua attacked the MCC, on the same day Song Tao, Minister of the International Liaison Department of the Central Committee of the Communist Party of China, had a virtual meeting with former pro-Beijing Nepalese Prime K P Sharma Oli, the Nepal’s daily the Kathmandu Post reported.

China’s political influence as well as investments have grown in Nepal significantly, especially under the previous tenures of Oli.

China is wary of the US making forays into Nepal, where over the years it wielded influence among the influential Marxist parties. Currently, the Nepali Congress is leading the ruling Coalition in Kathmandu which includes major Left parties - CPN-Maoist Centre CPN-Unified Socialist.

Airing China’s concerns, an article in the state-run Global Times on February 26 said the “MCC may look like just an economic aid programme, it actually serves Washington's Indo-Pacific Strategy that mainly intends to hinder development of the BRI (Belt and Road Initiative) and contain China's growing influence in the region”.

'Once Nepal and Sri Lanka accept the MCC - an important part of the Indo-Pacific Strategy, they will inevitably be forced to join the ‘third circle’ consisting of Southeast Asian, South Asian and Pacific Island countries to contain China. This is in the interest of the US and India, but not Nepal and Sri Lanka,” the article said.