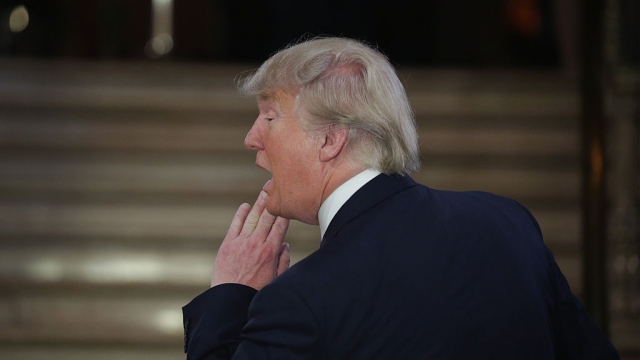 After a long and tiring campaign season, and with expectations high about a woman becoming president, the comeuppance that the Democratic Party, the Clinton machine, and the left/liberal establishment suffered is going to hurt, and hurt badly. The immediate effect seems to be that the editors at the two top newspapers in America – The New York Times and The Washington Post – seem to have so despaired that they could not but come up with the same banner headline: “Trump Triumphs”!

My 14-year-old son had predicted that Trump would win the Republican primary and he had wagered $50. If he had lost he did not have enough money to pay me, but he won, and he got his $50. He now wishes that he had pushed his father to wager some money on a Trump victory at the Las Vegas betting sites so that he could ask his dad to raise his monthly allowance!

The reactions have been predictable, and the sense of dread and loss among the ordinary supporters of Hillary Clinton and the Democratic Party is palpable and truly commiserable. “What happened?” and “How could this have happened?” are the shocked responses from the almost tongue-tied friends and acquaintances who tweeted and posted on Facebook all night long, as the results came creeping in. Unable to go to bed, worried that their dreams of seeing the first woman president of the United States is dashed in their lifetime, or fearing that phalanxes of white-robed, Confederate flag waving men might march down the main streets of their towns and cities, they truly despaired.

Extremist talk from the Left is as dangerous as the dangerous talk of the extremist right. They serve little purpose or worse, simply provoke. Talk of “Kristallnacht” and “fascism” and crude caricatures of all those who supported Trump as “racists” or “misogynists” are difficult to walk back. Most of the media mavens – from television and radio commentators to newspaper and magazine columnists – had basically mocked and dismissed Trump as unfit for office, and a lout and a charlatan. And, yes, the man who will be the next President of the United States, comes with a lot of personal baggage, to put it euphemistically, but as SalenaZito had correctly pointed out in an article in The Atlantic, “The press takes him literally, but not seriously; his supporters take him seriously, but not literally.”

This was obvious to many of us who sought to weave our careful way between the two political parties and the two nominees. Even commentators for and hosts of public radio and television news networks succumbed to the mood of the season and asked provocative questions of those who spoke for Trump or brought a sneer and snub to their commentary. Eating crow will be hard for them, and they will thus continue to find ways to dismiss the writing on the wall. For Trump had a good finger on the pulse of a large citizenry who fear their country is weakened by a global dynamic that had over decades hollowed out American industry, a political establishment that had allowed flooding of the workplace with millions of illegal immigrants, and bent the rules to allow hi-tech industry to bring in “contract labour” who worked for less but cared lesser about the welfare of a country where they were merely sojourners, able to fly in or fly out as the corporations demanded.

Books will soon be published by those who were close to the action, both on the Democratic and the Republican side. We will get to hear and read about some of the behind-the-scenes actions and reactions, and about what went wrong, who was responsible, and why the tea leaves were read incorrectly. That is very much the American way. Some people will still be able to make millions selling their stories and their access. But, it will be hard for President Trump to make good on all the promises he made, because, remember, it is our fault to take him literally. He will have a Republican Senate and House to work with, and some policies and programmes that President Barack Obama had worked hard to put in place, will be weakened or reshaped. Barack and Michelle Obama will be missed, for they are truly elegant people, and their eight years in the White House will be known for their probity, their class, their style, and their ability to act with dignity in the face of the most obstructionist opposition party that a president had to deal with.

For Indian watchers and viewers of the American scene, it might be tempting to see similarities between the election of Narendra Modi to high office and the election of Donald Trump to the presidency. Any such comparison would be dangerous and wrong. Yes, a “left/liberal” elite/media in India had demonised Modi and had supped from the trough that a corrupt, feudal political party had built for them and stocked for them. And, yes, a “left/liberal” elite in the US too has demonised and mocked Trump over the past year. But there the comparison ends. India’s history, modern and pre-modern, is very different from American history, modern and pre-modern, and Modi is a very different man from Trump – by upbringing, class, ideology, and training. Easy and lazy comparisons might warm the cockles of some hearts, but does neither country nor person any justice.

This is a new day, and the morning after the results of the night before. There was wrenching despair for many Democrats, and retching from too much alcohol drunk in celebration by dizzy Republicans. But there is always reality: vast, amorphous, challenging, and changing. We Americans will get used to saying President Trump, and we will continue to watch Saturday Night Live mock and poke fun at “The Donald”. Muslim spokespersons will continue to appear on television and be heard on radio complaining about the Trump White House, and Jon Stewart, from his retirement farm, will continue to address Trump as “man-baby”. Russians and their president, Vladimir Putin, will be executing their version of “high-fives” for a couple of months, and Bill Maher, every Friday on HBO will poke fun at “The White Kanye”.

Come 20 January , 2017, however, Donald John Trump, will be sworn in as the forty-fifth President of the United States, and we will have a foreign-born First Lady, Melania Trump, ordering new curtains for the White House.