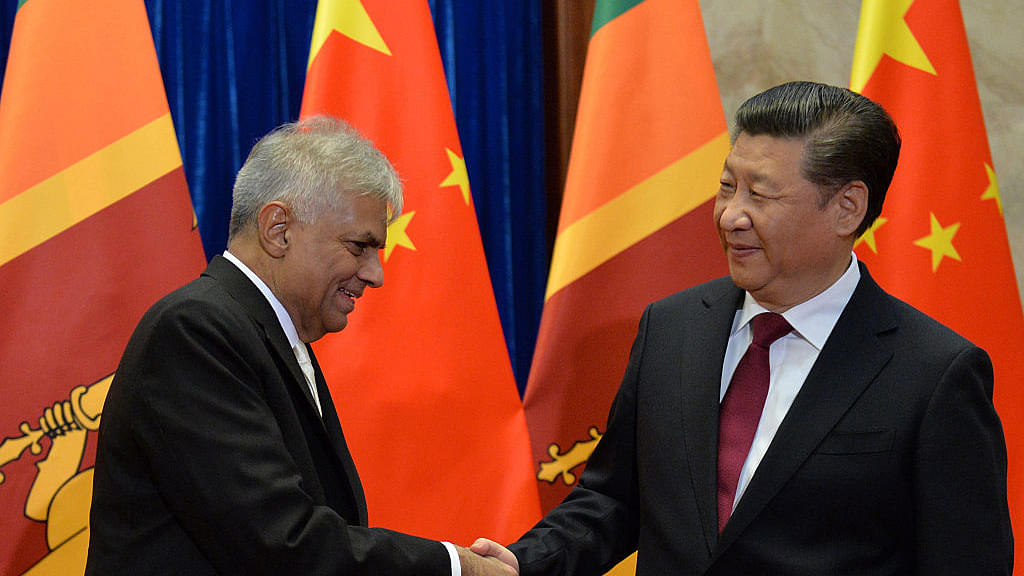 Here’s something Pakistan and China could learn from Sri Lanka.

According to an AFP report earlier this week, ‘Sri Lanka intends to become completely demilitarised by 2018.’

And no, this is not just a question of pulling back the army from areas it occupied during the long war with the Liberation Tigers of Tamil Eelam, or LTTE, which ended in 2009 with the death of its founder leader Velupillai Prabhakaran.

“We have also asked the military to disengage from all commercial activities they are engaged in,” Foreign Minister Mangala Samaraweera told reporters in Colombo.

After the LTTE was decimated, then President Mahinda Rajapakse “deployed the army to operate luxury hotels, restaurants and farms, as well as engage in retail. The move forced many small-scale vendors out of business, while the Sri Lankan Air Force ran a beauty parlour offering cheaper services that undercut private barbers,” says the report. The Army also maintains the three cricket stadiums in the country, while the Navy runs a recreational cruise ship for private functions at sea, while another offers tourists a whale and dolphin watching service.

The military has already given up some of the businesses it was engaged in, and there would be a complete disengagement by 2018, the Foreign Minister said.

Now compare that with Pakistan and China, where the military is actively, increasingly and inextricably involved in private enterprise—running factories, sweatshops, and even municipal corporations and essential services.

This clear separation of military and state is a critical aspect of any democracy. One of the reasons India never had military rule is that even before independence, our political leaders and parties were debating and discussing ways to separate the military from the civilian leadership, and quickly implemented them on assuming power.

But I digress. Despite the IPKF fiasco of the late 1980s—in which Indian forces fought the LTTE which in turn was funded, armed and trained in India—and the constant friction over fishing rights, New Delhi and Colombo have mostly maintained a mature and measured relationship.

Today, India is Sri Lanka’s largest trading partner, and the fifth-largest source of Foreign Direct Investment (FDI). The two countries are in the advanced stages of negotiating an Economic and Technology Co-operation Agreement (ETCA), which will help Sri Lanka gain better access to Indian markets.

Speaking at a CII conference in New Delhi on July 5, Malik Samarawickrama, Sri Lanka’s Minister of Development Strategies and International Trade, said his country was negotiating similar trade agreements with its second-largest trade partner, China, and this would allow Indian investors to set up base in Sri Lanka and get preferential export access to the Chinese market. Similar trade agreements are also likely with Singapore, Pakistan, South Korea and Japan, he said.

The island nation, barely 30 km away across the Palk Straits, shares a lot of cultural, historical and religious ties with its huge northern neighbour, India.

Straddling one of the busiest shipping routes in the world, Sri Lanka’s geographic location puts it in a strategically enviable position.

But as Colombo attempted to revive itself after almost three decades of violent civil strife which ravaged the nation, India was a bit late in offering help because of objections from the state of Tamil Nadu, protesting against the brutal military crackdown on Sri Lankan Tamils during the final war against the LTTE.

China (and Japan) was quick to step into the gap, offering aid and infrastructure building expertise, and soon became a major player in the country.

By 2014, Chinese FDI in Sri Lanka was estimated at a whopping 405 million USD, while the Indian input was a meagre 4.3 million USD. This excludes the almost 8 billion USD in soft loans provided by Beijing to Colombo.

India woke up when China offered to help build a huge port at Hambantota and a mega-city nearby to handle the port’s traffic, with massive malls, a marina and even an F-1 race track.

The growing Chinese influence and the idea of having Chinese warships dock within missile range of south and central India rattled New Delhi, which pushed to have the deal cancelled.

However, though protests over environmental and other issues did stall the project for a while, it has now been revived with Prime Minister Ranil Wickremesinghe visiting Beijing in April to iron out the issues.

“The government has done a U-turn on the port city project because reality set in,” CNBC quoted Anushka Wijesinha, chief economist at Ceylon Chamber of Commerce, as saying. “If we are to boost investment, we have to look at whoever brings in the investment and clearly China has the money.”

Noting that “our trade has seen impressive growth over the past decade,” he said that New Delhi would try to address Colombo’s concerns over trade barriers imposed by India. He also offered to help turn Trincomalee into a petroleum hub, and a 318 million USD line of credit to the Sri Lankan Railways, “to procure rolling stock, and to restore and upgrade existing railway tracks,” and a 1.5 billion USD Currency Swap Agreement between the Reserve Bank of India and the Central Bank of Sri Lanka aimed at keeping the Sri Lankan rupee stable.

But Beijing remains by far the dominant economic partner for Colombo, as the island aggressively pushes to become the next Singapore, Dubai or Hong Kong.

“At the end of the day, we don’t have a U.S. base on our shores, nor are the Chinese investments a de facto base and neither are we an annexure of India,” CNBC quoted a Colombo-based analyst as saying, implying that the small island state had managed to maintain its sovereignty while juggling sensitive diplomatic and trade relations with India and China. Now there’s a lesson there for all of us.

Elsewhere in the neighbourhood, my enthusiasm over improving relations with Bangladesh in my earlier piece seems premature now, following the barbaric attacks on foreigners in Dhaka by the Daesh, or the Islamic State.

Prime Minister Sheikh Hasina Wazed continues to assert that the attacks were by homegrown lunatics. She is probably worried that admitting to the presence of the barbaric terror outfit in her country would have an adverse economic impact, and undermine her image as a strong administrator.

But the clear advent of the Daesh and its attempts to co-opt the local radical outfits in Bangladesh has left Indian intelligence and security outfits extremely nervous.

Many of these outfits, like the rabid Jama’atul Mujahideen Bangladesh (JMB), have a presence in Indian states of West Bengal, Assam, and even Jharkhand. The still porous border with Bangladesh which allows easy access to India, and the recent arrest of Daesh sympathisers planning multiple terror strikes in Hyderabad, heighten these concerns.

The admission by some of the Dhaka café attackers as well the Daesh sympathisers caught in Hyderabad that they were inspired by the sermons of a Mumbai-based Islamic preacher makes things even more complicated.

As if that was not enough, the Punjab police announced earlier this week that a few well-armed terrorists from Pakistan may have sneaked into India with a suicide belt, leading to high alerts in New Delhi, Mumbai and Goa. As a friend of mine put it recently, “we need to stop painting a target on our back, turn around and hit these guys where it hurts.”