Pushed To The Wall By China And Bangladesh, Myanmar Wants India On Board Multilateral Mechanism To Oversee Rohingya Repatriation 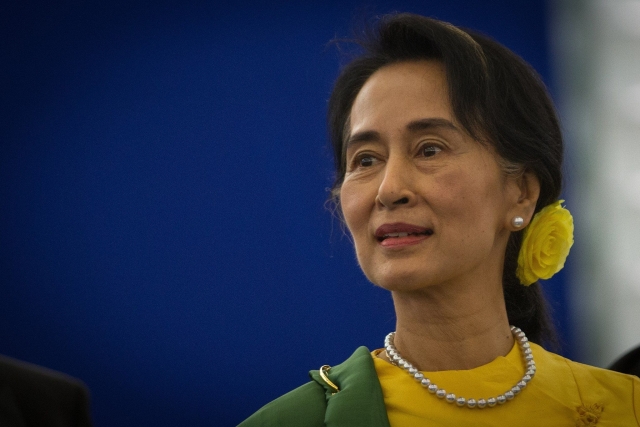 Earlier this week, under intense pressure from China and Bangladesh, Myanmar agreed to start repatriation of the one million-odd Rohingyas lodged in relief camps in Bangladesh from around June this year.

Myanmar caved in to pressure from its two neighbours at a tripartite meeting on Tuesday (19 January).

Bangladesh wanted the repatriation to start right away, and China reportedly backed Bangladesh on this. But Myanmar insisted that the repatriation can start only after some logistical and physical arrangements are put in place, and asked for time until the middle of this year to do so.

At the meeting, China reportedly repeated what it has been telling Myanmar of late: that international pressure on repatriation is mounting and Beijing is finding it increasingly difficult to stave off this pressure.

Bangladesh, on the other hand, has also been pressuring China to leverage its influence over Myanmar to make the latter agree to unconditional and full-scale repatriation.

Dhaka has reportedly made some concessions to Chinese investments and progress on Chinese President Xi Jinping’s ‘Belt & Road Initiative’ (BRI) projects conditional on Beijing’s success in getting Myanmar to take back Rohingya refugees lodged in Bangladesh’s refugee camps.

Bangladesh’s eagerness in early repatriation of the Rohingyas is understandable. The Rohingyas refugees have become a major headache for Bangladesh (read this and this).

Most of them are radicalised Islamists and have been spreading their ideology among the local populace. The Rohingyas are also engaged in drug trafficking and a host of other criminal activities.

In fact, they have formed major crime cartels in Bangladesh’s eastern Chittagong province bordering Myanmar where they are housed in massive refugee camps.

Bangladesh has been trying to shift the refugees to a new offshore facility it has built where surveillance on the refugees will be easier (read this). But the Rohingyas, and some international agencies, are resisting the transfer of the refugees to this facility.

The refugee camps in Chittagong province have also witnessed a population explosion and despite a lot of international aid for the refugees, Bangladesh’s resources are stretched.

However, Bangladesh wants Myanmar to take back all refugees without any screening and resettling them in their original habitats. Myanmar is unwilling to do this.

Myanmar wants to screen all the Rohingya refugees and send the radicalised ones to centres where they will be reformed.

Bangladesh wants Myanmar’s assurance that none of the refugees will be prosecuted for any crimes they may have committed in Myanmar before fleeing that country.

But this condition is unacceptable to Myanmar. It wants to identify the Salafi clerics and militants belonging to the terrorist outfit — the Arakan Rohingya Salvation Army (ARSA).

The ARSA carried out a series of attacks on Myanmar’s police force and the country’s military from June to August 2017 in the northern part of Rakhine province where the Rohingyas are concentrated.

An intensive crackdown on the terrorists by Myanmar’s security forces triggered a massive displacement of Rohingyas and an estimated 75,000 of them streamed into Bangladesh, where they were sheltered in refugee camps.

Myanmar says that the ARSA is being funded by Pakistan’s Inter-Services Intelligence (ISI), an allegation that Bangladesh has given credence to.

Given this, Myanmar is understandably opposed to taking back all Rohingyas without any screening. It wants to identify the radicalised Islamists among the refugees, the Salafi clerics who spread the religious ideology among the Rohingyas and the ARSA terrorists.

Myanmar has repeatedly said it will try all the Rohingyas who have committed crimes on Myanmar’s soil as per the country’s laws.

Myanmar also plans to lodge the non-criminals but radical Islamists among the Rohingyas, as well as the Salafi clerics, in ‘re-education centres’ where they will be reformed.

As for resettlement of the Rohingya refugees, Myanmar wants to build modern townships with all facilities to house the repatriated Rohingyas.

Myanmar is seeking international aid in building such townships, which it wants to locate near police stations for better surveillance.

But the Rohingyas, and some Western nations which pose as defenders of human rights, want Myanmar to unconditionally repatriate all refugees. Myanmar has been arguing that this is not possible.

China had been backing Myanmar’s stand, but has diluted this support of late because of its commercial interests in Bangladesh.

China is keen on advancing BRI projects in India’s neighbourhood and wants access to Bangladesh’s ports for its landlocked provinces of Yunnan and Sichuan. Bangladesh holds an important key to the success of President Jinping’s BRI dream.

Apart from its deep commercial interests in Bangladesh, China is also unhappy with Myanmar for stalling or going slow on some BRI projects and Chinese investments in that country.

Hence, say analysts, China sided with Bangladesh even though it had firmly backed the conditions that Myanmar had put on Rohingya repatriation.

Bangladesh wants the repatriation process to be monitored by the international community in order to ensure that there is no discrimination against the Rohingyas.

China has agreed to this demand of Bangladesh. Myanmar, initially reluctant to have representatives of other countries, especially the Western nations, which were severely critical of it, had to fall in line.

But it is here that Myanmar has got a valuable opening to get India involved in the whole process. India has, all along, been supportive of Myanmar’s concerns about the repatriation of Rohingyas.

India has also repeatedly assured Myanmar that it will provide unconditional help in the repatriation. What has been more gratifying for Myanmar is India’s clear reiteration at international fora that Myanmar is best positioned to decide on the timeline, conditions and mechanism for Rohingya repatriation.

A top-ranking official of the Political Department of Myanmar’s Ministry of Foreign Affairs told Swarajya from Naypyidaw (the country’s capital): “We are deeply grateful to India for understanding our concerns and supporting us at international forums. We want India’s active involvement in the repatriation process now”.

Myanmar has proposed that India heads an international committee to oversee the repatriation. Bangladesh has reportedly agreed to it.

“India is one of the few countries that understands our concerns and also commands a lot of respect in the international community. India wants Rohingyas to be repatriated fairly and justly, but also acknowledges that we (Myanmar) cannot provide immunity to ARSA terrorists. India also appreciates our stand that Islamist radicalisation is an issue that needs to be tackled boldly,” said the senior official who did not want to be identified since he is not the ministry’s spokesperson.

Getting involved in a mechanism to oversee the repatriation poses a win-win situation for India.

While helping Myanmar in the process, India can also leverage its heft in the international community to shield Myanmar from some Western nations that have woolly-headed notions of human rights. And by aiding the repatriation, India also stands to gain more goodwill from Bangladesh.

-Ohio attacker was wrong, Rohingyas too have a bloody history to answer for