Road To Kabul Need Not Pass Through Peshawar: Why Recent NSA Conference On Afghanistan Matters 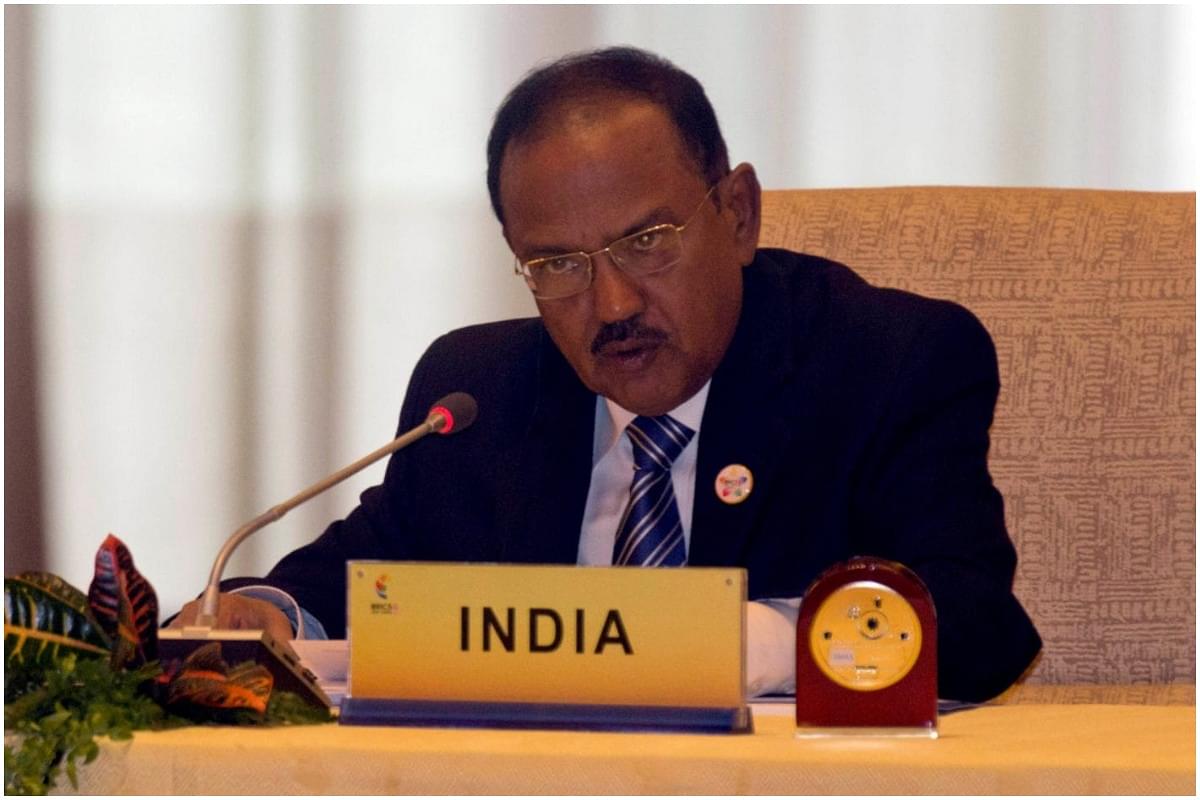 Ajit Doval, National Security Advisor (NSA) of India, inaugurated a regional security conference on Afghanistan in Delhi on 10 November. It was India’s first public effort at luffing ominous winds which swept through the Khyber Pass, after the Americans bequeathed Afghanistan to a Pakistan-sponsored Taliban on 15 August.

Attendance was by invitation only, and, as expected, China and Pakistan declined to participate. The Taliban weren’t invited. The conference being regional by definition, the West and its allies weren’t present either. But Russia’s NSA was there, along with those from Iran, Kazakhstan, Kyrgyzstan, Uzbekistan, Turkmenistan, and Tajikistan.

This was an intriguing assembly, since various forces had hitherto contrived to either keep India out of the Afghan picture, or sell narratives on why we should, shouldn’t, or couldn’t talk to the Taliban.

So why this conference, and why now?

As host, NSA Doval went first. He reiterated the Indian government’s position that Afghanistan should not be used as a platform for terrorist acts. This was the standard warning to Rawalpindi, that any efforts by Pakistan to take such advantage of their new fiefdom in the Hindu Kush would draw a withering response.

But more pertinently, Doval also revealed that the conference was being held at the suggestion of Russia. This was the nub.

Most strategic affairs commentators in mainstream media had interpreted the conference largely as an Indian effort to get back in the game, but few picked up on this key statement by our NSA. In fact, the Indian political opposition was so detached from the dynamics underlying the Delhi conference, that they didn’t even flag it for comment or criticism.

And yet, point ten of the joint ‘Delhi Declaration’ issued following the NSAs’ meet, said that unimpeded access to Afghanistan had to be assured. The point was naturally phrased in virtuous terms of humanitarian assistance, but the implications were clear:

Just because America was out didn’t mean that a decision, on who’d be in, would be left to the whims of Pakistan and China; and this, in a sense, underlined both the utility of the conference, and the messy strands of often-contradictory multilateralism which whirl around or world today in heady flux.

The Russians had wanted America out of Afghanistan for ages, as part of a broader intent to rid Asia of NATO, but the latter’s departure doesn’t mean a free pass for China to waltz in on Pakistan’s toes. Consequently, one might then surmise that the absence of the West from this conference also reflects the Russian view, that Afghanistan is an Asian problem which should be solved locally.

This, in turn, ties in with four points on which Swarajya has been consistent for some years now:

One, that the solution to the Afghan problem doesn’t lie in Afghanistan, but in Pakistan.

Two, that a solution can’t be devised without Indian involvement.

Three, that any efforts to devise or implement such a solution would be stymied by China.

And four, that Russia, China and India’s long term interests are, ironically, actually the same: getting the West (especially America) out of Asia, so that long-overdue closure may finally be brought upon a centuries-old colonial age.

The point readers should note here is that nothing is cut and dry in geopolitics: as much as the Russians might disapprove of India’s growing closeness with America, even as the Left Liberal intelligentsia in America continues to indulge in setting a negativist tone to their India discourse, the truth of the matter is that the Russians are keen to recover their traditional prominence in Central Asia now that the Americans have left – even if that means having to swallow an Indo-American confluence of strategic interests.

In that quest, the last thing they need is an India-Pakistan rivalry which permits China, as Pakistan’s principal benefactor and India’s principal adversary, to quietly establish itself in Afghanistan. No doubt, the Chinese need this space under their control, since it forms the fulcrum of their vaunted east-west trade links being built under the ambitious Belt-and-Road initiative (including the vital Karakoram Highway which passes through Pakistan-occupied-Kashmir), but the worst thing a strategic affairs analyst might do amidst this confusing swirl, it to simplistically reduce such complex linkages to an absolutist, binary interpretation of foe or friend. Geopolitics doesn’t work that way.

After all, we mustn’t forget three aspects: one, that Nepal’s army chief was also in town at the same time, speaking about the need for new, paradigmatic relations with India, independent of Sino-Indian ‘headwinds’ (to be covered in a forthcoming piece; see here, for an overview of a remarkable political churning taking place in Nepal presently).

Two, that the Delhi conference comes just days before Joe Biden and Xi Jinping hold their first summit on 15 November.

And three, that all conference participants, apart from Russia, have a land border with Afghanistan (not to mention Iran’s presence, which carries its own separate significance).

We may thus infer, in conclusion, that the Delhi regional security conference was an important one, which drew a few lines:

Russia has indicated to China that a proxy entry into Central Asia, on Pakistan’s shoulders, is unacceptable; to America, that any concessions by Biden to Xi (some analysts fear a welter) would have to stop short of America looking the other way, while Pakistan and China did what they wished in the Hindu Kush; and to Pakistan, that they concur with India’s concerns about the flagrantly-selective impeding of land access to Afghanistan.

India has rebalanced its equations with Russia to some extent (another bit of news was that Russia has commenced the delivery of their advanced S-400 missile defense system to India this week), while underscoring the reality of multi-polarity to America (whose threats of sanctions on India for purchasing the S-400 system grow feebler now).

At the same time, a joint Indo-Russian stance on Chinese ambitions in Central Asia is as much a reminder to Beijing, as it is a message to Pakistan, that dreams of expanding their ‘strategic depth’ into a post-American vacuum are dangerous illusions which would attract consequences if pursued.

And the presence of Iran, along with the other Central Asian nations which border Afghanistan, is an indicator that there are multiple options available for land access – any of which might be exercised as and when needed, considering the threats posed to its neighbors by Pakistan, its patron, and its Talibani spawn.

The road to Kabul need not pass through Peshawar.