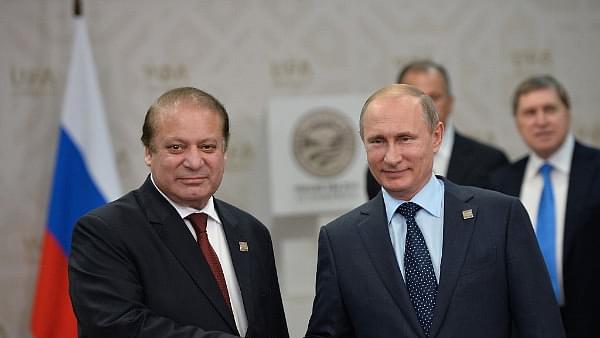 Russia’s joint naval exercise with China in the South China Sea and a go-ahead for the first-ever joint military exercise with Pakistan later this year marks an apparent shift in Moscow’s outlook towards the region.

Around 200 military personnel from Russia and Pakistan are set to take part in the joint military exercises, The Express Tribune has quoted a senior Pakistani official as saying. Though far from unusual, these developments are significant in view of India’s increasing defence cooperation with the United States.

Though talked about in recent times, a shift in Russia’s standpoint is most visible and now reinforced by increasing high-level interactions between Moscow and Islamabad. Over the last 15 months, the chiefs of Pakistan’s Army, Navy and Air Force have travelled to Russia, signalling the growing defence ties between the two countries.

This surge in engagement comes at a time when Islamabad’s relations with Washington have deteriorated following latter’s refusal to finance Pakistan’s purchase of F-16s warplanes. In view of the improving relations, reports suggest, Islamabad might be interested in buying advance Russian warplanes. In 2015, the two countries inked a major defence deal for the sale of four Mi-35 ‘Hind-E’ attack helicopters to Pakistan.

While Russia’s engagement with China does not mark a major shift in Moscow’s policy, the fact that the two are engaging in the South China Sea – an area where India’s stand is seen more aligned to that of the United States – is important to note.

With New Delhi and Washington engaging in Afghanistan and the Indo-Pacific and finding more in common in areas of shared interest, other players in the region – Beijing, Islamabad and Moscow – are sure to look for issues to engage in.

Amidst the apparent strategic shift and realignment in the region, New Delhi should hold its policy of strategic autonomy to manage the blowbacks of its engagement with the United States, thereby maintaining the strategic balance of power in Asia.